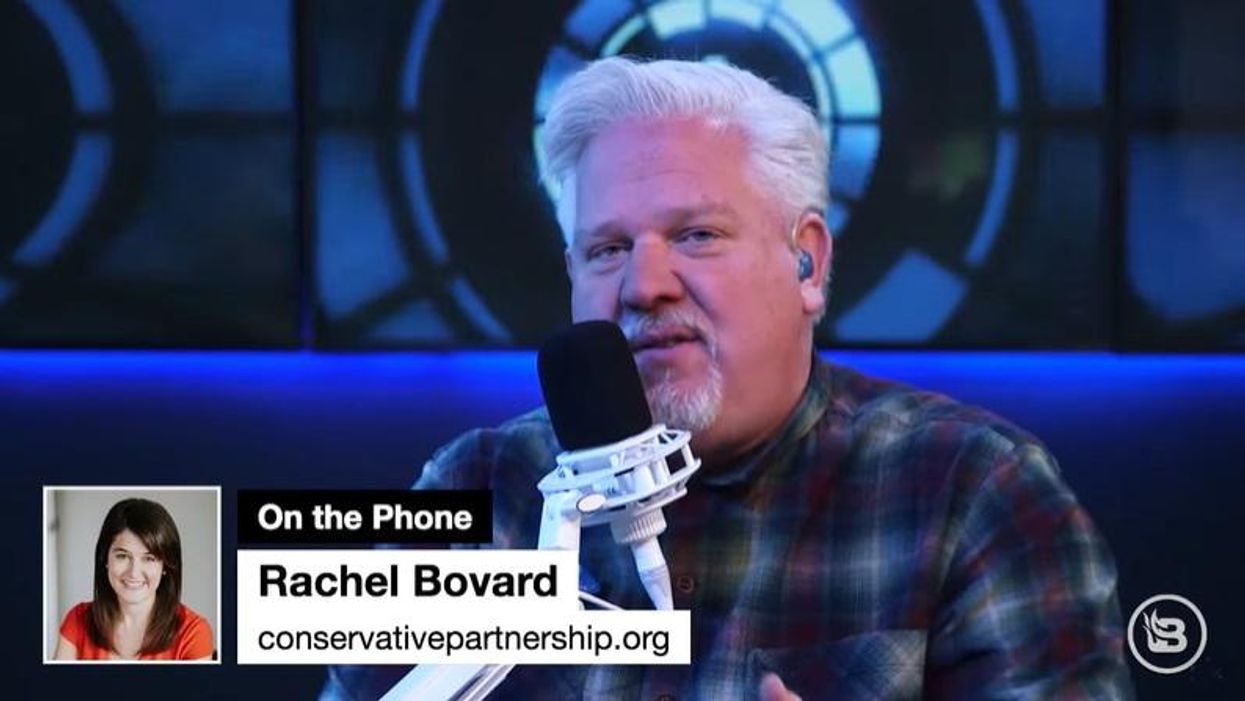 Conservatives are between a rock and a hard place with Section 230 and Big Tech censorship. We don’t want more government regulation, but have we moved beyond the ability of Section 230 reforms to rein in Big Tech’s rising power? 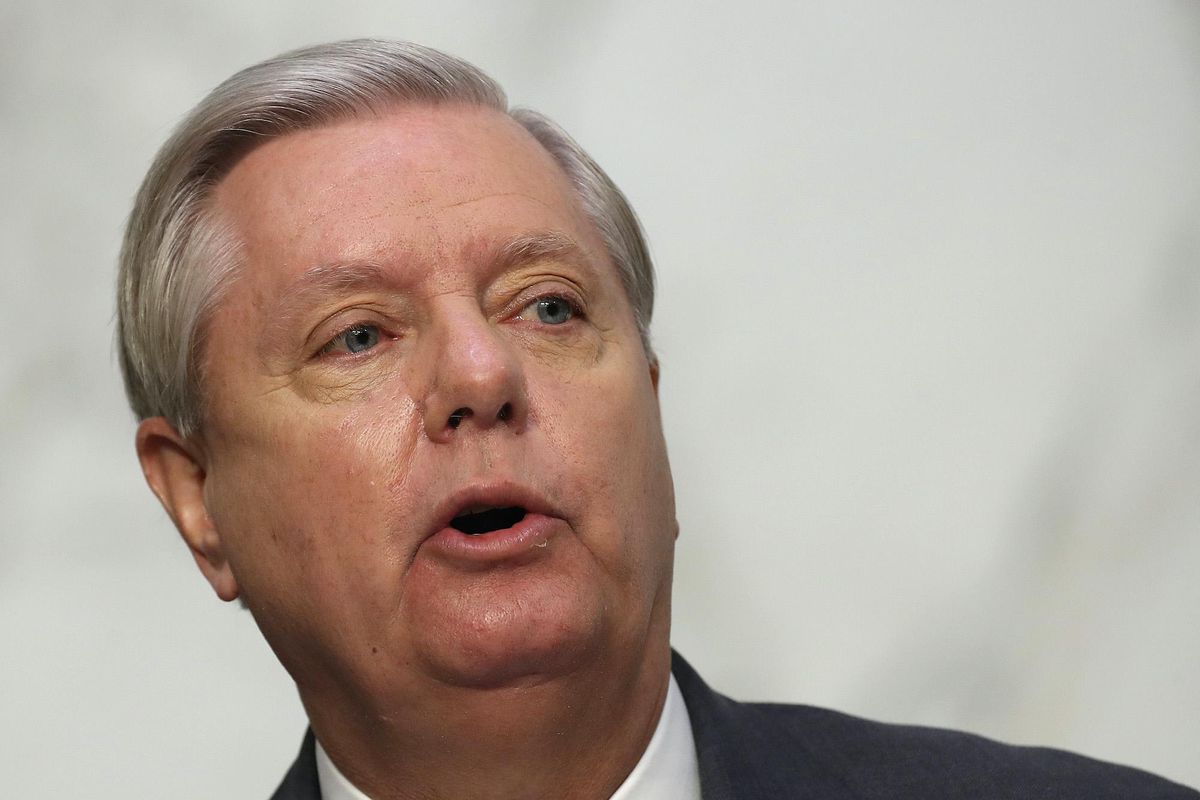 Republican Sen. Lindsey Graham of South Carolina said that he was “more determined than ever” to strip tech and social media companies of legal protections under Section 230 after the president was banned permanently from his Twitter account.

Twitter announced on Friday that they had banned President Donald Trump from his account over concerns that his tweets were inciting violence. Supporters of the president accused the popular social media platform of political bias.

Graham took to his Twitter account to decry the action and call for Section 230 to be rescinded. The law protects some tech companies from legal repercussions over speech posted to their platforms by third parties.

“Twitter may ban me for this but I willingly accept that fate: Your decision to permanently ban President Trump is a serious mistake. The Ayatollah can tweet, but Trump can’t. Says a lot about the people who run Twitter,” tweeted Graham.

Twitter may ban me for this but I willingly accept that fate: Your decision to permanently ban President Trump is a… https://t.co/GrqXR5XKXY

“I’m more determined than ever to strip Section 230 protections from Big Tech (Twitter) that let them be immune from lawsuits.” continued Graham in a second tweet.

“Big Tech are the only companies in America that virtually have absolute immunity from being sued for their actions, and it’s only because Congress gave them that protection,” he added.

“It is now time for Congress to repeal Section 230 and put Big Tech on the same legal footing as every other company in America. Legal accountability,” Graham concluded.

The president on Friday attempted to post a statement to Twitter using other government accounts, but the social media company took quick action to delete the messages and restrict the accounts.

Despite Twitter deleting the tweets, supporters of the president circulated his statement widely on the platform.

“Twitter has gone further and further in banning free speech, and tonight, Twitter employees have coordinated with the Democrats and the Radical Left in removing my account from their platform, to silence me,” said the president, in part.

“”Twitter may be a private company, but without the government’s gift of Section 230 they would not exist for long.I predicted this would happen. We have been negotiating with various other sites, and will have a big announcement soon, while we also look at the possibilities of building out our own platform in their future,” the president added.

“We will not be SILENCED!” he said.

House Speaker Nancy Pelosi (D-Calif.) also said on Friday that if the president didn’t resign that Democrats in the House would move to impeach him for inciting an insurrection on Monday.

Here’s more about the Twitter ban against the president: 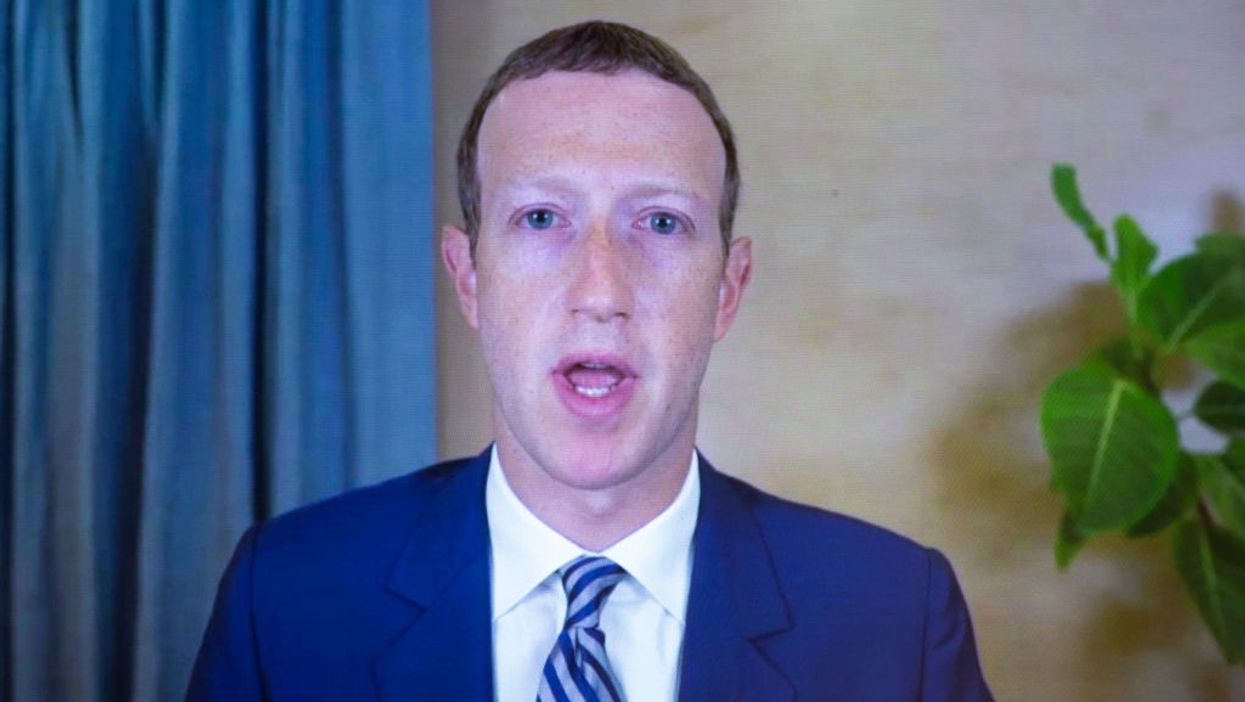 During a period of intense questioning with senators on Wednesday, Facebook CEO Mark Zuckerberg revealed that he was not aware that a person who identifies herself as the person who “leads efforts to ensure election integrity on [Facebook]” was formerly a policy adviser to Democratic presidential nominee Joe Biden.

The exchange, which was held via video conference, came in response to a question from Sen. John Thune (R-S.D.), who was quizzing Zuckerberg about the prevalence of prominent former Democratic staffers in key positions at Facebook.

According to Fox News, Thune asked, “My understanding is that the person that is in charge of election integrity and security at Facebook is a former Joe Biden staffer, is there someone closely associated with President Trump in the same role at Facebook?”

In response, Zuckerberg claimed that he was unaware of the connection, stating, “I think having balance is valuable, and we try to do that. I am not aware of the example of you say of someone in charge of this process who worked for Biden in the past, so we can follow up on that.”

While some states have successfully implemented secure mail-in voting after a yearslong process, the United States has never attempted mail-in voting on the scale that is being attempted this year as part of efforts to help people avoid in-person voting due to the coronavirus pandemic. In spite of the fact that mail-in voting in this manner and on this scale has never been attempted before, Facebook announced four weeks ago that it was coming down squarely in the Biden camp and would take action to penalize pages that shared stories questioning the reliability or integrity of mail-in voting.

Makanju’s role at Facebook also came under scrutiny after Facebook announced that it would throttle the reach of a New York Post story alleging that Biden’s son, Hunter, was trading on the Biden name in a series of shady business dealings with Chinese energy company known as CEFC, which functions as a de facto arm of the communist Chinese government.

At the time Facebook made the decision, many media outlets (including MSN) noted that Makanju told the Washington Post in 2019 that she “listened to the calls and said release of the transcripts would only strengthen Biden’s case that he acted properly.”

Also, Andy Stone, the Facebook official who announced Facebook’s decision to throttle the Post story indicates in his Twitter biography that in the past, he worked for the Democratic House Majority PAC, Democratic Sen. Barbara Boxer (Calif.), the Democratic Congressional Campaign Committee, and Democratic Rep. Jerry McNerney (Calif.). 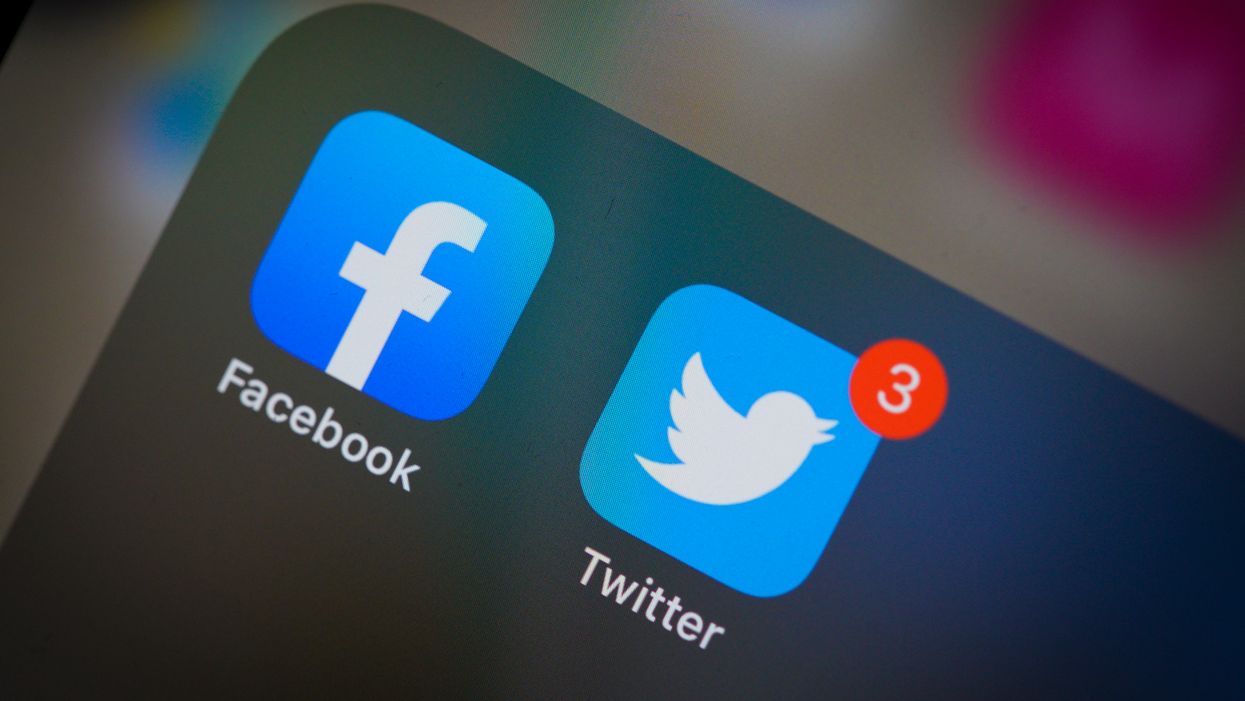 The chairman of the Federal Communications Commission issued a statement warning that change is coming to the rule governing the federal regulation of companies like Twitter and Facebook after New York Post Biden debacle.

Ajit Pai tweeted his statement via his official social media account on Thursday.

“Members of all three branches of the federal government have expressed serious concerns about the prevailing interpretation of the immunity set forth in section 230 of the Communications Act. There is bipartisan support in Congress to reform the law,” said Pai.

Pai noted that Supreme Court Justice Clarence Thomas opined that internet platforms have been granted protections by courts that extend far beyond the original intent of the law.

“The Commission’s General Counsel has informed me that the FCC has the legal authority to interpret Section 230. Consistent with this advice, I intend to move forward with a rulemaking to clarify its meaning,” Pai continued.

“Throughout my tenure at the Federal Communications Commission, I have favored regulatory parity, transparency, and free expression. Social media companies have a First Amendment right to free speech,” he concluded. “But they do not have a First Amendment right to a special immunity denied to other media outlets, such as newspapers and broadcasters.

Pai didn’t mention the controversy over the banning of the NY Post Biden story, but critics and supporters alike immediately connected his announcement to the scandal.

“This is a major announcement”

Pai’s announcement was greeted with applause from those who have been demanding an expansion of federal oversight over the more prominent social media companies.

“This is a major announcement from FCC on #BigTech. Now Congress must act on #Section230,” said Republican Sen. Josh Hawley of Missouri. He went on to mock free market conservatives who decried big government intervention.

Others, like FCC commissioner Jessica Rosenworcel, perceived the announcement to be motivated by the political agenda of President Donald Trump.

“The FCC has no business being the President’s speech police,” said Rosenworcel.

On Wednesday Twitter released a statement explaining that they had decided to ban the posting of the New York Post article because it contained personal and private information, which they said was against their rules, and implied that there was no political motivation to their actions.

Twitter CEO Jack Dorsey admitted that it was “unacceptable” that they acted without explaining the context of the ban. 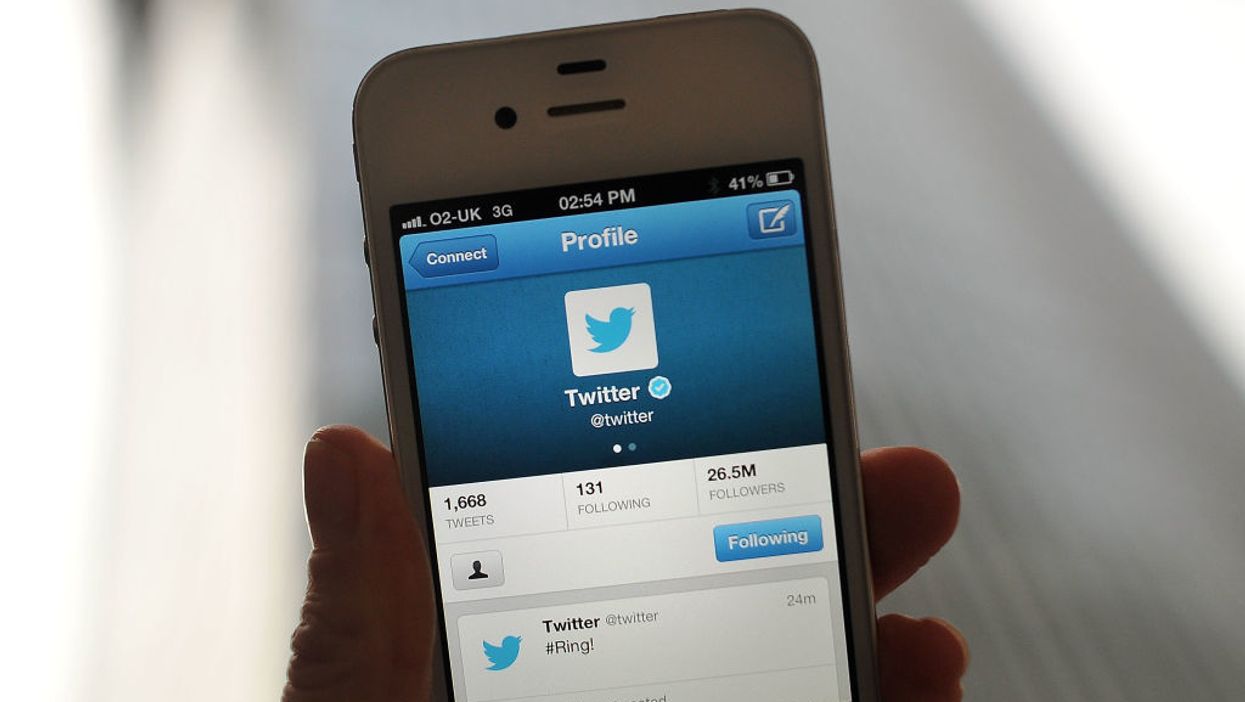 After Facebook limited the distribution of the New York Post’s bombshell Hunter Biden story, Twitter users are reporting an inability to share the story on the platform.

As the video from the Daily Caller’s White House Correspondent Anders Hagstrom shows, an error message appears when users attempt to share the story, which Twitter has labeled as “potentially harmful.”

Twitter is prohibiting users from sharing the @nypost’s Hunter Biden story because the link is “potentially harmful… https://t.co/pFwr14sdrb

New York Magazine contributor Yashar Ali reported the censorship, along with a statement from Twitter explaining why it is blocking the spread of the New York Post’s article.

“Given the lack of authoritative reporting on the origins of the materials included in the article, we’re taking action to limit the spread of this information,” Twitter said in a statement shared by Ali.

“As our Hacked Material Policy states, ‘we don’t permit the use of our services to directly distribute content obtained through hacking that contains private information, may put people in physical harm or danger, or contains trade secrets,” Twitter said.

On Wednesday, the New York Post published what the paper says is email correspondence between Democratic presidential candidate Joe Biden’s son Hunter Biden and Vadym Pozharskyi, an adviser to the board of Ukrainian natural gas company Burisma, appearing to show Pozharskyi thanking the younger Biden for setting up a meeting with his father, who was then serving as vice president. The email, if true, would contradict claims from Biden that he’s never spoken with his son about his overseas business dealings.

According to the Post, the email was contained in “massive trove of data recovered from a laptop computer.” The computer was dropped off at a repair shop in Biden’s home state of Delaware in April 2019 and the owner of the shop told the Post it was never retrieved by its owner.

Nothing in the Post’s story suggests the email or other material recovered from the laptop was “hacked.”

Several commentators and even some lawmakers expressed shock and outrage at the steps Twitter and Facebook have taken to suppress the Post’s story.

Sen. Josh Hawley (R-Mo.), a crusader against powerful social media companies, accused Facebook and Twitter of censorship and remarked, “you almost get the idea #bigtech wants to buy this election.”

House Judiciary Committee Republicans tweeted the story and asked other users to share it because “The mainstream media doesn’t want you to share this article.”

The mainstream media doesn’t want you to share this article.

RT to make sure you do.
https://t.co/UgakOk0IvE

This is a Big Tech information coup. This is digital civil war.

I, an editor at The New York Post, one of the nat… https://t.co/aJNQhZjK4w

Writer Mark Hemingway said the actions by Twitter verge into “‘enemy of the people’ territory,” referencing President Donald Trump’s frequent claim that the mainstream media and social media’s bias makes them the enemy of the people.

The Dispatch’s David French noted that Twitter and Facebook never censored information reported from the infamous Steele Dossier, despite many of the claims made about President Donald Trump having been false.

Speaking of sketchy oppo dumps and online censorship — why is the Steele dossier still freely available (and still… https://t.co/h0r0XOKI00

The Federalist’s Mollie Hemingway pointed out that Twitter took no steps to limit the distribution of the New York Times’ story on President Trump’s taxes.

The New York Times never even pretended to explain how it hacked Trump’s tax records and yet Twitter *promoted* lin… https://t.co/5ktwJkb6wM

And Lee Fang, a reporter for the Intercept, also noted the discrepancy in Twitter’s enforcement of this policy.