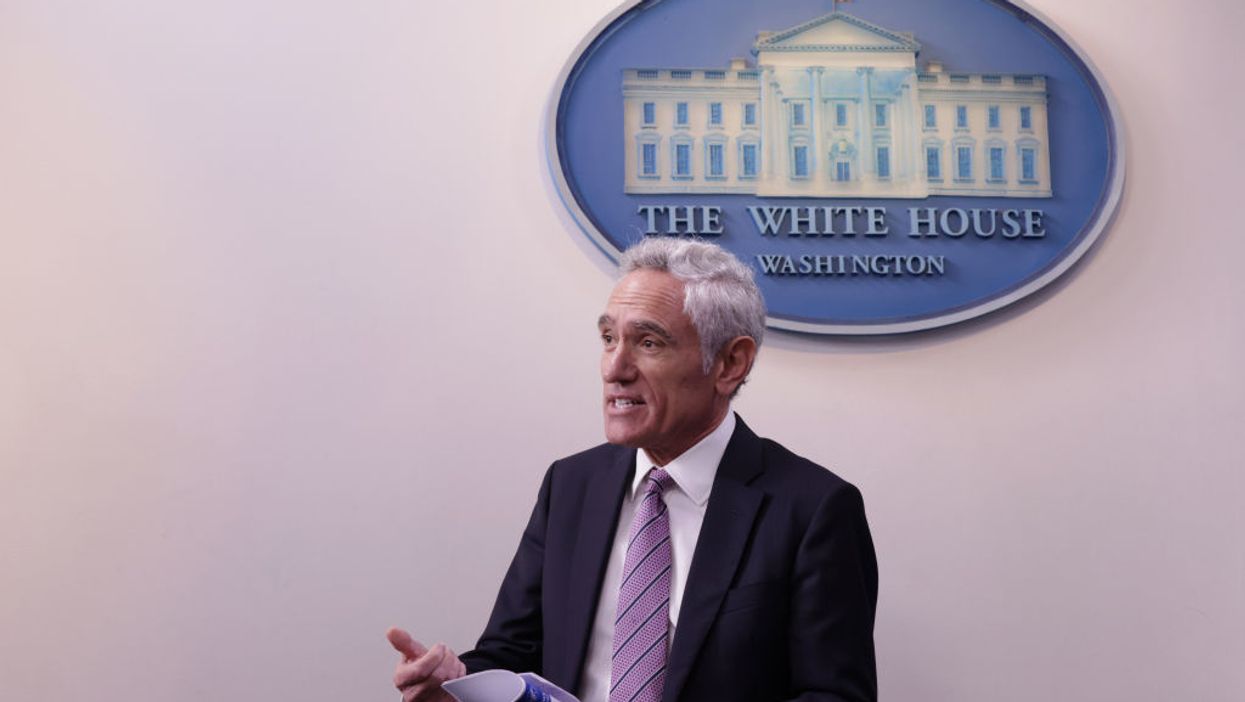 Dr. Scott Atlas, a member of the White House coronavirus task force, had one of his tweets removed by Twitter on Sunday. The tweet in question, had Atlas claiming that face masks don’t prevent the spread of coronavirus.

Atlas, who is a Hoover Institution Senior Fellow, also shared a link to an article in “The American Institute for Economic Research” that argues against the effectiveness of face masks against coronavirus.

Atlas quote-tweeted his original post with a follow-up post that read: “That means the right policy is @realDonaldTrump guideline: use masks for their intended purpose – when close to others, especially hi risk. Otherwise, social distance. No widespread mandates. #CommonSense.”

Twitter stated that the tweet violated the social media company’s rules on disputed or misleading information: “If we determine a Tweet contains misleading or disputed information that could lead to harm, we may add a label to the content to provide context.”

Twitter’s official blog from May defines “misleading information” as “statements or assertions that have been confirmed to be false or misleading by subject-matter experts, such as public health authorities.”

Atlas told Newsweek that “he didn’t understand why Twitter had deleted his tweet, which included abbreviated citations of multiple sources, some months old, on the effectiveness of widespread mask wearing.”

“Twitter seems to be censoring the science if it goes against their own goals of public indoctrination,” Atlas said.

The Centers for Disease Control and Prevention recommends that people wear face masks to help reduce the spread of coronavirus.

“We are not defenseless against COVID-19,” said CDC Director Dr. Robert R. Redfield. “Cloth face coverings are one of the most powerful weapons we have to slow and stop the spread of the virus – particularly when used universally within a community setting. All Americans have a responsibility to protect themselves, their families, and their communities.”

The removal of Atlas’ post comes a week after Twitter flagged one of President Donald Trump’s tweets about COVID-19. Twitter censored the president because he declared that he is “immune” to COVID-19.

“A total and complete sign off from White House Doctors yesterday,” Trump wrote. “That means I can’t get it (immune), and can’t give it. Very nice to know!”

Twitter also locked the official account of the New York Post after the paper published an article that featured alleged emails from Hunter Biden regarding his reported overseas dealings. The New York Post’s Twitter account appeared to be still locked as of early Sunday afternoon.

Previously, Atlas caused a stir in July when he told Glenn Beck, “There is zero science to back up claims that the schools should be closed or even opened with any constraints whatsoever.”

“Frankly, one of the most egregious failures of the policy people is, not just allow[ing] fear to infiltrate their own thinking and do lockdowns, which are severely harmful,” Atlas told Beck. “But secondly, they have failed to reassure the public about the facts, and about the relative risk here. It’s a very serious dangerous disease — for a group of people. And we know who those people are. They are high-risk, elderly people with comorbidities. Everyone else, it’s not a high-risk disease.” 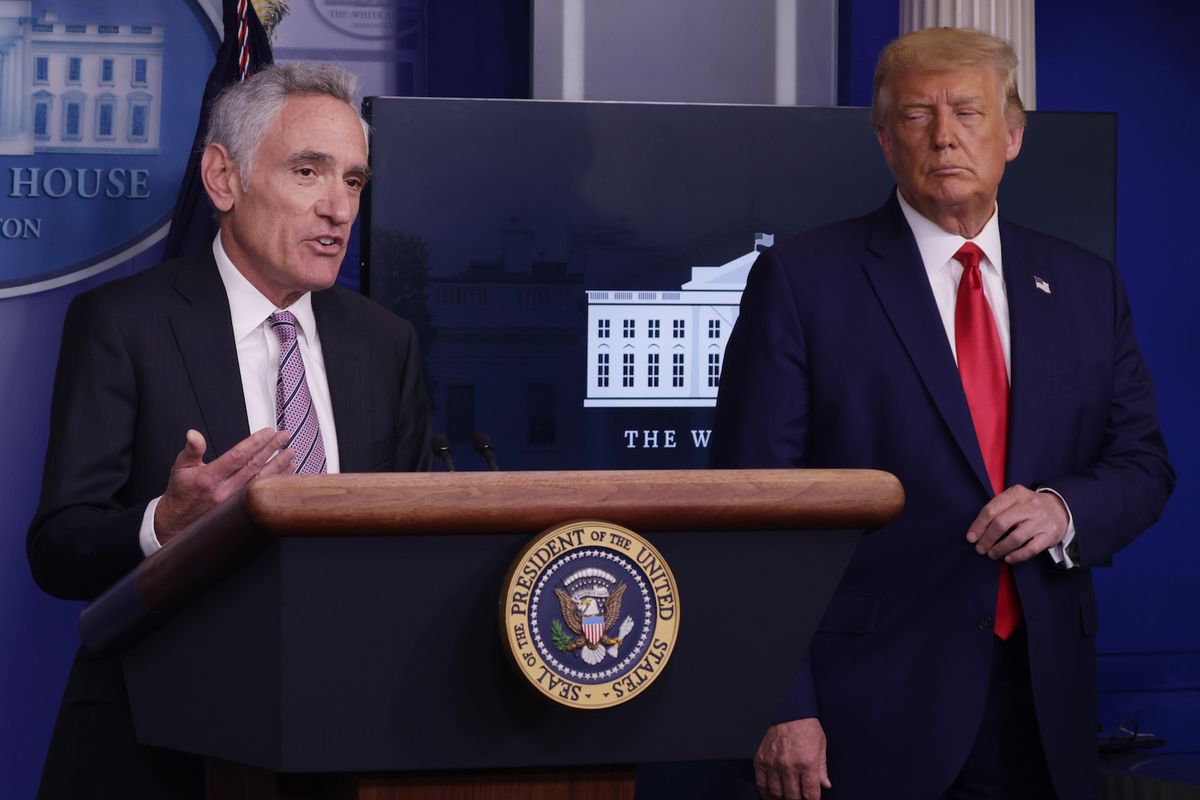 President Donald Trump announced Friday that a COVID-19 vaccine will be distributed within 24 hours of completion of phase 3 trials and FDA approval, with all Americans having access to the vaccine by April, according to the Daily Caller.

Speed has been the priority in the pursuit of a vaccine to provide relief to the country from the pandemic, as evidenced by the name of the initiative: Operation Warp Speed. From the Daily Caller:

“Since January, America’s brilliant doctors and scientists have been working been working around the clock, the best medical minds in the world by far and the vaccines are going through the gold standard of clinical trials, very heavy emphasis placed on safety,” Trump told reporters at the top of his Friday afternoon press conference. “Three vaccines are already in the final stage.”

The president further stated that “as part of Operation Warp Speed, my administration has manufactured one of the most promising vaccines in advance, and it will be fairly long in advance, as soon as a vaccine is approved, the administration will deliver it to the American people immediately. Distribution will begin within 24 hours.”

Trump said there should be enough doses by April for every American to have access to the vaccine.

Concerns about how safe the vaccine will be, combined with new perspective on just how heavily governments may impose requirements on citizens in an emergency, have led some to be skeptical about taking a vaccine for COVID-19.

Dr. Scott Atlas, a member of the White House coronavirus response task force, assured the public that they will have a choice in the matter.

Nearly half of surveyed Americans have said they will either definitely or probably not get a COVID-19 vaccine, according to Pew Research Center. Of that group, 76% of them cite fear of side effects as a major concern, and 72% of them say they want to know more about how well it works.

Among the roughly half of Americans who say they would not get a #Covid19Vaccine vaccine, 76% say concern about sid… https://t.co/RiKlH9RHZE

There are widespread public concerns about aspects of the vaccine development process. On the heels of a pledge from nine pharmaceutical companies to ensure that a potential vaccine would meet rigorous standards, the Center survey finds three-quarters of Americans (77%) think it’s very or somewhat likely a COVID-19 vaccine will be approved in the United States before its safety and effectiveness are fully understood. And when asked about the pace of the vaccine approval process, 78% say their greater concern is that it will move too fast, without fully establishing safety and effectiveness, compared with just 20% who are more concerned approval will move too slowly, creating unnecessary delays. 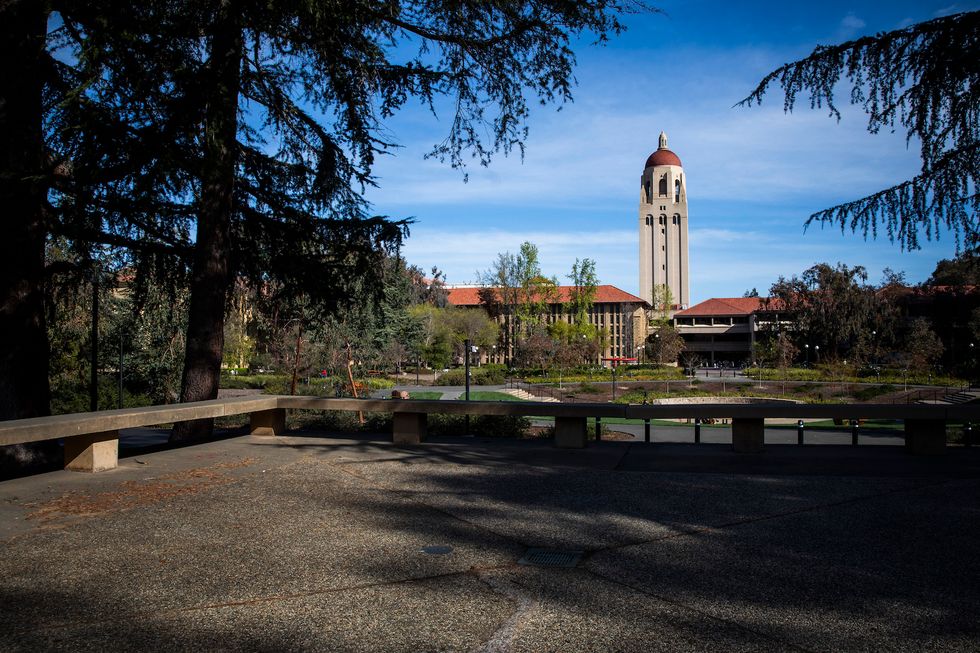 The former chief of neuroradiology at Stanford University said the United States needs to end widespread coronavirus lockdowns and adopt a more targeted approach that both protects the most vulnerable people and builds immunity in the population.

In an op-ed published in The Hill, Dr. Scott Atlas laid out some key facts he believes policymakers are ignoring about the pandemic, and called for leaders to “ignore the panic” when making decisions.

“Tens of thousands of Americans have died, and Americans are now desperate for sensible policymakers who have the courage to ignore the panic and rely on facts,” Atlas wrote. “Leaders must examine accumulated data to see what has actually happened, rather than keep emphasizing hypothetical projections; combine that empirical evidence with fundamental principles of biology established for decades; and then thoughtfully restore the country to function.”

Atlas wrote that because the overall mortality rate is increasingly looking to be 0.1%-0.5% based on antibody studies, and because that mortality rate is even lower among healthy adults under the age of 50, it makes no sense to continue requiring all of the population to isolate when such a small percentage of people are in real danger from COVID-19.

Instead, Atlas wrote, states should craft policies that focus on protecting the elderly and those with chronic underlying conditions. Targeting that segment of the population, although it’s smaller, will have the greatest impact on minimizing hospitalizations (preventing the health care system from becoming overwhelmed) and reducing deaths.

Mass lockdowns are not only unnecessary, but they are actively delaying the process that must occur in order for things to return to normal, Atlas believes. Without a vaccine or proven treatment, the only way to get past the COVID-19 outbreak is to develop herd immunity.

“In fact, infected people without severe illness are the immediately available vehicle for establishing widespread immunity,” Atlas wrote. “By transmitting the virus to others in the low-risk group who then generate antibodies, they block the network of pathways toward the most vulnerable people, ultimately ending the threat. Extending whole-population isolation would directly prevent that widespread immunity from developing.”

Atlas also pointed out that people are suffering and dying because hospitals have stopped procedures deemed nonessential, which can prevent the diagnoses of life-threatening illnesses and delay treatment for other conditions.

“The appropriate policy, based on fundamental biology and the evidence already in hand, is to institute a more focused strategy like some outlined in the first place: Strictly protect the known vulnerable, self-isolate the mildly sick and open most workplaces and small businesses with some prudent large-group precautions,” Atlas concluded.

Atlas discussed his opposition to the lockdowns and explained why the models used to justify them have been consistently wrong during an interview with BlazeTV’s Steve Deace on Thursday.