This article was originally published by B.N Frank at Activist Post. 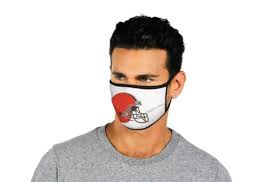 New technology is being used to protect professional athletes from COVID-19. This includes at least one NFL team requiring players and staff to wear electronic “SafeZone” tags as seen in the video below.

The Cleveland Browns are relying on cutting-edge technology to help keep players safe amid the coronavirus pandemic: ultraviolet lights and helmets fitted with plastic shields.

The problem with testing athletes (and everybody else) seems to be that tests aren’t always accurate.

In regard to the electronic “SafeZone” tags, they emit electromagnetic radiation (aka “Electrosmog”) and exposure can cause symptoms and illnesses some of which can be as serious if not more serious than COVID-19. Too bad that’s not being considered as well.

The post NFL Team Requires Players and Staff to Wear Electronic Tags That Record Who They Meet and Alert Social Distancing Violations first appeared on SHTF Plan – When It Hits The Fan, Don't Say We Didn't Warn You. 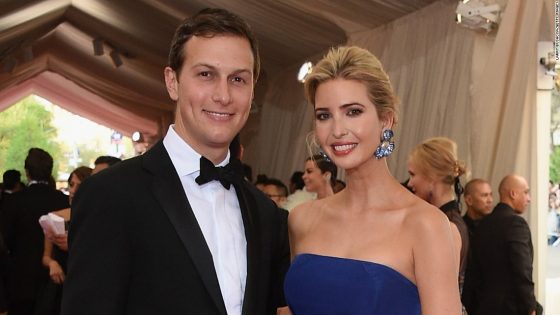 President Donald Trump’s daughter claims she will be vaccinated with the coronavirus concoction on the TV show The View after Joy Behar announced she has no intention of taking a Covid-19 vaccine before Ivanka Trump. Not only will Ms. Trump attempt to convince us to take the vaccine, but she also says we should “trust” the FDA.

Trust the FDA? Yes, she wrote that on Twitter. Everyone, including politicians on the right (who want to use the military to roll out this vaccine in a “powerful way”), wants you to get vaccinated. This should be a major red flag.

Deal @JoyVBehar. I would come on your show to do so.

I trust the FDA and so should all Americans. Vanquishing this virus should be our collective top priority. https://t.co/FXb0Dqjdio

According to RT, most of the reactions to Trump’s offer have been slams against her and her father, she was offered some support by her brother, Donald Trump Jr, among others.

Call me, I’ll help you prep for the interview @IvankaTrump…Joy, Whoopi and the rest of The View ladies love me.

Trump declared this week that a Covid-19 vaccine could be ready by October and will be “very safe and effective.” Critics have pushed back against his claim, citing a rushed process as a reason to be distrustful of the efficacy of any such vaccine.

“As far as the vaccine is concerned, I’d like to inform America, in case we don’t know this because I looked all this up for you, the mumps vaccine took four years, the polio vaccine took 20 years and the smallpox vaccine took a few centuries,” Behar said on Wednesday. –RT

This is all just more propaganda using the left/right paradigm illusion to convince you to suspend your critical thinking, roll up your sleeve, and take the shot.  Even with all of the politicians on all sides demanding we get vaccinated, around half of the country is still skeptical.

President Trump himself has offered to take the vaccine “first or last,” depending on what is better for his political standing. “Well, you know the way it works. If I’m the first one they’ll say ‘He’s so selfish. He wanted to get the vaccine first. Then other people would say ‘Hey, that’s a very brave thing to do,’” he told Fox News in July. “I would absolutely if they wanted me to and thought it was right, I’d take it first or I’d take it last,” he added.

Sadly, this is just more evidence that they are all in  on it and they all want you to get vaccinated.

The post Ivanka Trump Says She’ll “Take The Vaccine” on The View first appeared on SHTF Plan – When It Hits The Fan, Don't Say We Didn't Warn You. 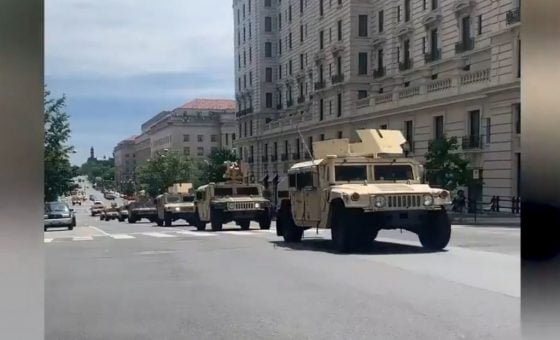 We have seen a lot of police brutality and crazy rioting over the past week. As a sign of potential escalation, video has emerged of Humvees with machine gun turrets mounted on the top driving down the streets of DC, while a black red cross medical helicopter was used by the National Guard to show force against protesters at the capitol. And if that’s not enough, there is news of protesters disappearing in Chicago.

U.S. President Trump vowed to use force against protesters and to deploy the U.S. military to DC, the nation’s capital. He also expressed he would do the same elsewhere if the protests didn’t die down and rioters didn’t stop the vandalism and looting that occurred in some places. Trump also said he had dispatched “thousands and thousands of heavily armed soldiers, military personnel and law enforcement officers” to Washington, D.C.

The view coming down 14th St. #WashingtonDCProtests #washingtonprotest #MartialLaw2020 Be safe at the protests after curfew everyone. #JusticeForGeorgeFloyd #JusticeforBreonnaTaylor @DCist @PoPville @washingtondc pic.twitter.com/dlE12GnhzO

A former Marine, Luke Thomas, commented on the video asking “Why HMMWV’s rolling through DC city streets with their gun turrets mounted?”

Why are the HMMWV's rolling through DC city streets with their gun turrets mounted? https://t.co/Dh10FY5X9X

Although we can speculate what’s going on here with these Humvees and the horrible things they could be used for, it’s best to instead deal with the facts as they stand.

The Associated Press reports that approximately 200 active-duty troops that were brought in to help if needed with the civil unrest in the nation’s capital will return to their home base. However, we have no way of knowing whether or not these troops returning home are the same that were seen driving down D.C. streets with turrets attached to their Humvees.

The official who spoke on condition of anonymity to the Associated Press, also noted that there were a total of 1,300 troops in the capitol region early this week as protests turned violent. Protests became violent in the aftermath of the death in Minnesota of a black man, George Floyd, who died after a white police officer pressed his knee to Floyd’s neck for several minutes causing asphyxiation.

If Humvees with mounted turrets weren’t enough to wet your police state whistle, a medical military helicopter was used to disperse protesters in D.C. as well, while the police on the ground kettled them and beat them. Even a CNN journalist was beaten up by brutal riot cops. This all showcases that our First Amendment right to peaceful assembly is being threatened in many cases.

The incident occurred on Monday night after protesters failed to disperse during the curfew at the capitol at 7 p.m. EST. The helicopter flew low to the ground and was positioned just above those violating the curfew. The chopper sent gusts of dust and trash into the air near the demonstrators seen in the video below.

Since the event, it was announced today that the District of Columbia National Guard launched an investigation into the low-flying maneuver by one of its helicopters over protesters, CBS reported.

“I hold all members of the District of Columbia National Guard to the highest of standards,” Major General William Walker said in a statement Wednesday. “We live and work in the district, and we are dedicated to the service of our nation.”

Thus far there has been no investigation announced for why U.S. military was driving around Humvees with gun turrets still attached to the top.

It was also just reported by the Associated Press that the previous call by the Pentagon to have some of the troops return to the home base has now been abruptly reversed by Defense Secretary Mark Esper in what they are calling a “dynamic situation.” Shortly after, buses arrived with military personnel:

If all of that wasn’t bizarre enough, Chicago is being accused of “disappearing protesters,” Vice reported. Chicago, Illinois is the same state that had a CIA-like black site torture prison at Homan Square. This is the same black site that The Anti-Media previously reported had detained thousands of Americans illegally. With that said, are they back to being operational? It seems very strange that protesters are vanishing again in Chicago.

As a result of all these actions and the various videos being seen online of police using excessive force against innocent unarmed protesters, we can surely expect massive lawsuits, maybe even class-action lawsuits to commence.

Activist Post colleague Derrick Broze, in fact, was among those arrested last night in Houston while he was covering the protest as media. He stated that he will be fighting the charges. In the video below, Derrick provides more details of the arrest and the police behavior that he witnessed.