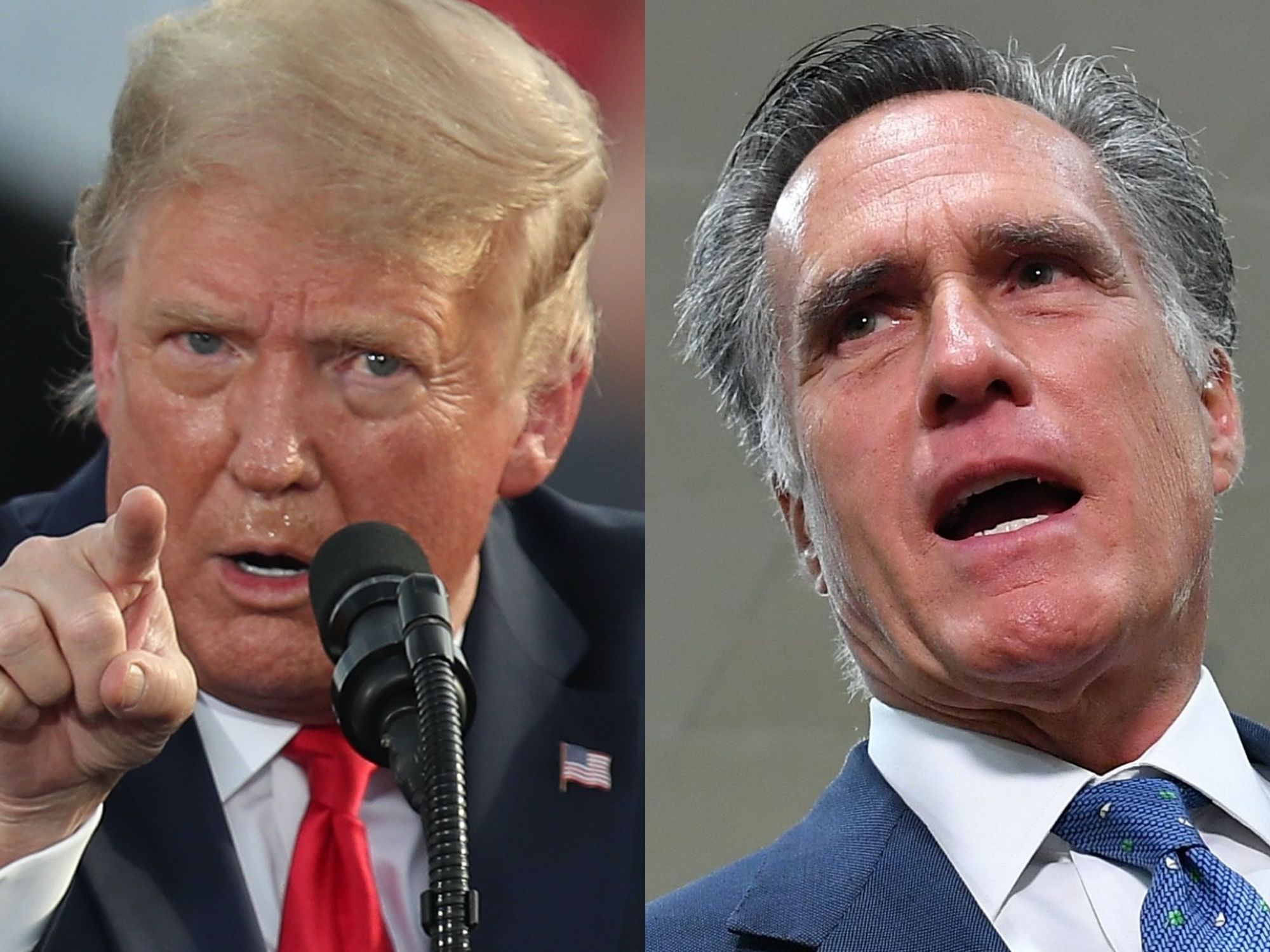 Republican Sen. Mitt Romney (R-Utah) slammed President Donald Trump for his comments about the QAnon conspiracy theory during a combative town hall event on NBC, and added scorn for Democrats who refuse to denounce Antifa.

Romney tweeted a statement condemning the president on Friday from his social media account.

“Similarly troubling is their silence regarding anti-vaxxers, militias, and anarchists. Rather than expel the rabid fringes and the extremes, they have coddled or adopted them, eagerly trading their principles for the hope of electoral victories,” he added.

“As the parties rush down a rabbit hole, they may be opening a door to political movement that could eventually eclipse them both,” he warned.

One of the more heated interactions between moderator Savannah Guthrie and the president during his NBC town hall had to do with the conspiracy theory that accuses Democrat leaders of participating in a satanic child molestation and trafficking operation.

The president initially answered that he didn’t know what QAnon was, and then later praised them for being against pedophilia when pressed by Guthrie to denounce the believers of the conspiracy.

“So, I know nothing about QAnon, I know very little,” said the president to Guthrie.

He went on to say that he didn’t know if there was a “satanic pedophile cult” as claimed by QAnon believers, and neither did Guthrie.

Romney, a former presidential candidate himself, has been very critical of the president in the past, but many on the left responded with scorn against Romney despite his statement about QAnon.

Among the more infamous incidents of Democrats ignoring the threat of Antifa is a statement from Democratic U.S. Rep. Jerry Nadler (N.Y.) calling the left-wing group a “myth.”