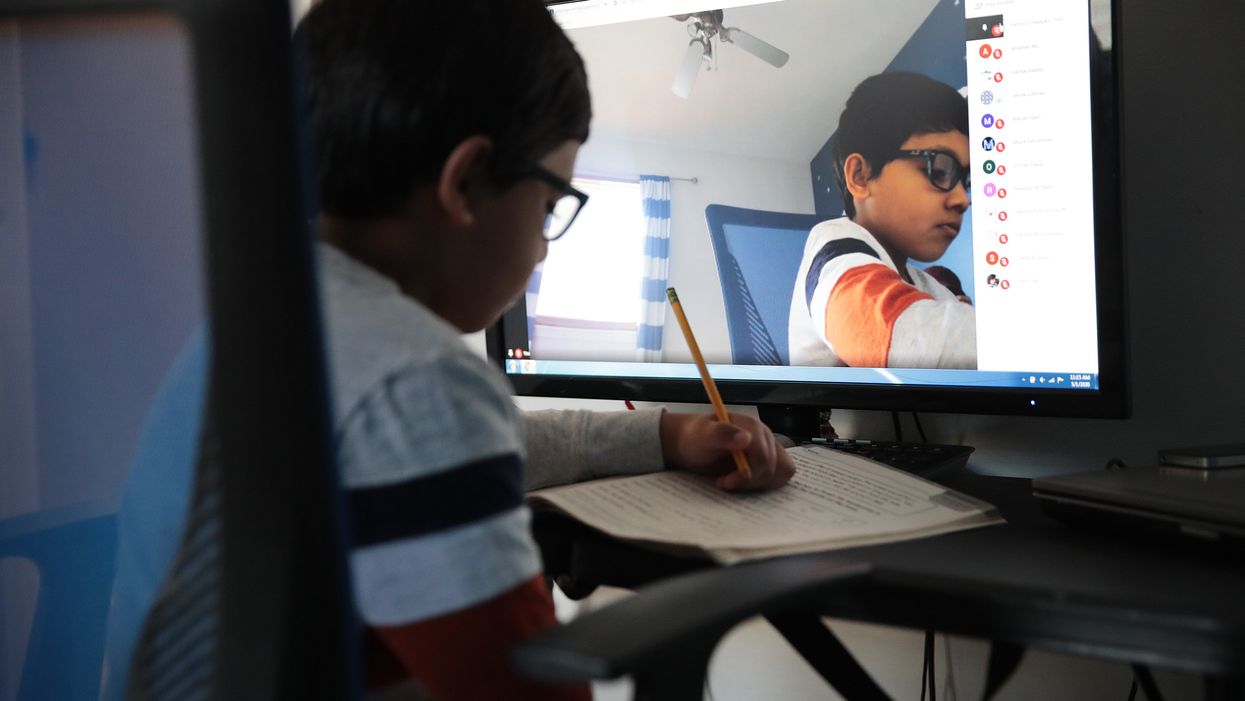 A California teacher is being hailed a hero after she called 911 in response to a home invasion that took place during a remote class on Thursday.

According to
Newsweek, teacher Jennifer Peterson was waiting for all of her students to log off their remote learning segment when she noticed that two of her teenage students were crying out for help.

The outlet reported that Peterson watched her students’ faces go from “concern to panic” as they began screaming for help. As it turned out, a suspect broke into the home through a window.

“They kept saying ‘Help us, help us’ and calling out to me,” she recalled.

The California teacher jumped into action and called 911 and remained online with her students until authorities arrived on the scene.

The children’s mother, Reyna Luna, who was not at home when the incident took place, according to the International Business Times, said that she saw police surrounding the neighborhood when she returned.

She livestreamed the incident on Facebook, saying that her children were terrified.

According to WXIX-TV, Luna said, “My kids are like completely terrified right now. They said that a guy opened the window and went inside the house.”

Galt police said that officers responded to a burglary in progress at a residence near Lake Canyon Avenue and Golden Heights Drive.

Authorities revealed they arrested 55-year-old Louis Dulay in connection with the reported break-in. Dulay was charged with burglary, child endangerment, loitering on private property with intent to commit a crime, and tampering with a vehicle.

He was booked into the Sacramento County Main jail.

On 10/15/2020, at approximately 1341 hours, Officers responded to a residence near Lake Canyon Ave/Golden Heights Drive, to a report of a burglary-in-progress. The reporting party advised a male subject had entered through a window of the residence while two children were inside. The male subject fled from the residence and jumped over their back fence into a neighbor’s yard.

As officers were responding to the scene, an additional caller reported a male subject, matching the description, had made entry into their garage. The male subject stated he was being chased by several subjects with rifles.

Officers arrived on scene and attempted to locate the male. Officers searched for the suspect, who was found to have made entry into the residence through their garage door, and had attempted to conceal himself between a couch and coffee table.

The male suspect was identified as Louis Dulay, 55, of Galt. Dulay was arrested for burglary, child endangerment, loitering on private property with intent to commit a crime, and tampering with a vehicle. Dulay was transported and booked at Sacramento County Main Jail without incident.