This article was originally published by B.N. Frank at Activist Post. 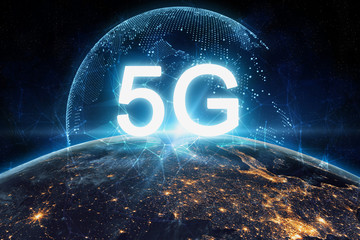 People worldwide – including elected officials – are opposed to 5G being installed in their communities because of risks to biological health, cybersecurity (see 1, 2, 3), environmental health (see 1, 2, 3, 4), privacy (see 1, 2), safety, and more.  Many cities and countries have taken action including banning it, filing lawsuits, issuing moratoriums, passing ordinances and resolutions, etc. (see 1, 2, 3, 4, 5, 6).  This now includes Farragut, TN.

The Farragut Tennessee Resolution on 5G

Farragut Tennessee has approved a resolution calling on state and federal governments to halt 5G until health risks are evaluated by “sound science.”  The resolution details how FCC limits are outdated and considered inadequate to protect human health by many scientists. (EHT maintains research on 5G, 4G and wireless radiation HERE.)

“The measure asks governments to halt 5G infrastructure until the FCC conducts an independent study into any possible health risks posed by the technology.”- WBIR Farragut leaders call on state, federal governments for a halt to 5G towers

Excerpts from the 5G Resolution

WHEREAS, as the result of the concerns of numerous local governmental entities from around the country and their citizens that the FCC has failed to study and reevaluate the health effects of its current standards in light of the inherent changes characterized by the 5G technology, litigation is pending against the FCC that seeks to stop the rapid deployment of the 5G infrastructure until the FCC has completed its study of the health effects of the deployment of 5G technology and, if necessary, has updated its regulations accordingly.

NOW, THEREFORE, by the adoption of this Resolution the Board of Mayor and Alderman of the Town of Farragut, Tennessee petitions and encourages the governments of the United States of America and the State of Tennessee to take actions within their power to halt the deployment of the 5G wireless facilities within the rights-of-way of our local communities belonging to the public until such time as the only agency with the authority to do so, the FCC, reevaluates by an independent study the adequacy of its radio frequency emissions standards and concludes on the basis of sound science that those standards, or standards adopted as a result of said further study, are adequate to ensure that the health of the public at large will not be adversely affected by long-term exposure to radiofrequency emissions from the placement and operation of 5G wireless facilities throughout our communities

See a PDF of  the Farragut Tennessee 5G Resolution

In April 2020 Sandy Springs Orders Stop Work Order for 5G Poles. “Upon hearing that subcontractors were approaching homeowners during this time of a national pandemic crisis, the city has issued a Stop Work Order on all installation in [residential] neighborhoods until the end of [the] pandemic crisis,” city spokesperson Sharon Kraun said. The installation of poles had already been controversial, with the city and residents critiquing them, but the city has failed to be able to block the installation locally due to state law.”

In March 2020, Keene New Hampshire halted 5G. “The council unanimously approved a separate motion, instructing staff to proceed with drafting an ordinance that would create location and design standards for small wireless facilities installed in public rights-of-way. Also known as small cells, these facilities can be used to roll out 5G, the next generation of mobile networks that boasts faster download and upload speeds, as well as previous generations.”

March 2020: Santa Barbara California Paused 5G. “Facing a gathering storm of opposition from anti-radiation activists worried about the health effects of the new 5G cellular technology, the Santa Barbara City Council voted to delay authorizing a licensing agreement with Verizon that would have allowed the cell phone service giant to install up to 60 new 5G cell phone antennas on light fixtures downtown.”

Actions by US Cities to Restrict “Small Cells” and/or 5G with ordinances include:

See a full compilation of the US Cities issuing ordinances to slow the densification of 4/5G Antennas at this link – USA Cities on 5G Small Cells Action.

Since 2018, there have been reports of people and animals becoming sick after 5G was turned on (see 1. 2, 3, 4).  Thanks to these organizations for providing updated resources for Americans fighting 5G deployment:

The Federal Communication Commission (FCC) is supposed to protect Americans by regulating the telecom history.  Despite opposition and warnings, they are using the pandemic as an excuse to speed up 5G installation (see 1, 2, 3. 4, 5, 6).  This includes launching tens of thousands of satellites with millions of antennas to blast 5G and WiFi at us from space (see 1, 2, 3).  Lawsuits have been filed against them for NOT protecting Americans from unsafe levels of radiation (see 1, 2) and 5G (see 1, 2, 3).

Activist Post reports regularly about 5G and other unsafe technology.  For more information, visit our archives. Politicians in a growing number of local governments are claiming to have created “2nd Amendment Sanctuaries.” But, so far they’ve missed the mark by a wide margin.

Contrary to the rhetoric being spread in support of these efforts, virtually none of these jurisdictions have passed laws equivalent to even the most modest immigration “sanctuary city” policy. In fact, most of them aren’t passing laws at all.

While there is no concrete, legal definition of a sanctuary city, when it comes to immigration, the generally-accepted view is that the local government refuses to participate in the enforcement of a narrow to wide range of federal immigration laws.

San Francisco might be the most prominent of these. The “City and County of Refuge” Ordinance, also known as the Sanctuary Ordinance, was first passed there in 1989 and was amended as recently as 2013.

According to the city government website, it “generally prohibits City employees from using City funds or resources to assist Immigration and Customs Enforcement (ICE) in the enforcement of federal immigration law unless such assistance is required by federal or state law.”

On the narrower end of the spectrum, a number of counties in Iowa have found themselves on lists of sanctuaries because county sheriffs decided that without first getting a warrant or court order, they would not honor detainer requests from ICE and hold individuals suspected of being in the country illegally.

In reviewing recently-passed “2nd Amendment Sanctuary” measures in Texas, Illinois, Oregon, Florida, Arizona and elsewhere, none of them prohibit any local government employees from using funds or resources to assist in the enforcement of federal or even state gun laws or regulations. And other than a few outliers, almost none of them have passed any laws at all, despite making public claims to have created a “sanctuary” for gun owners.

In Hood County, Texas, for example, Sheriff Roger Deeds has been outspoken in recent months about his desire for a sanctuary there, and the Commissioners Court obliged by unanimously passing a resolution sponsored by Commissioner James Deaver.

It specifically declares Hood to be a “Second Amendment Sanctuary County,” and states that it will not “appropriate government funds, resources, employees, agencies, contractors, building, detention centers or offices for the purpose of enforcing a law that unconstitutionally infringes on the right of people to keep and bear arms.”

The problem with this effort, and for those claiming to have created a sanctuary for gun owners, is the fact that Hood County passed a resolution — not an ordinance.

According to the Texas Municipal Courts Education Center (TMCEC), local governing bodies make law by passing an ordinance. A resolution “does not have the force of law” and is used as “an expression of an opinion of the legislative body.”

Despite Hood County’s claim to be a “Second Amendment Sanctuary County,” its resolution doesn’t stop the enforcement of any gun measure. It is merely the opinion of those who voted to pass it — and nothing more.

At the time of this writing, at least a dozen other Texas counties have also claimed “Second Amendment Sanctuary” status. All of them have passed non-binding resolutions that don’t prohibit the enforcement of anything.

The same has happened in dozens of counties in Illinois, along with Lake County, Florida, Mohave County, Arizona, and elsewhere.

This doesn’t mean that resolutions don’t have a place in a strategy to defend the right to keep and bear arms. Thomas Jefferson famously drafted resolutions in response to the Alien and Sedition Acts, and the Kentucky legislature passed them in November, 1798. But supporters there didn’t claim they nullified the hated federal acts, even though they called on all states to do just that.

In Oregon, where voters last November passed eight county-level “Second Amendment Preservation Ordinances” rather than mere resolutions, the laws only prohibit the use of local resources for the enforcement of gun laws or regulations if it’s first determined that they are unconstitutional.

In other words, enforcement assistance continues until a law or regulation is struck down.

That approach is the exact opposite of what’s happening in San Francisco and other immigration sanctuaries around the country.

While those cities have drawn a growing ire from many conservatives and republicans, it’s almost certain these self-styled Second Amendment Sanctuaries won’t get the same treatment from their ideological opponents unless they dramatically change their strategy and pass laws that actually do something.

Originally published at Mises.org and reposted here under a Creative Commons 4.0 License