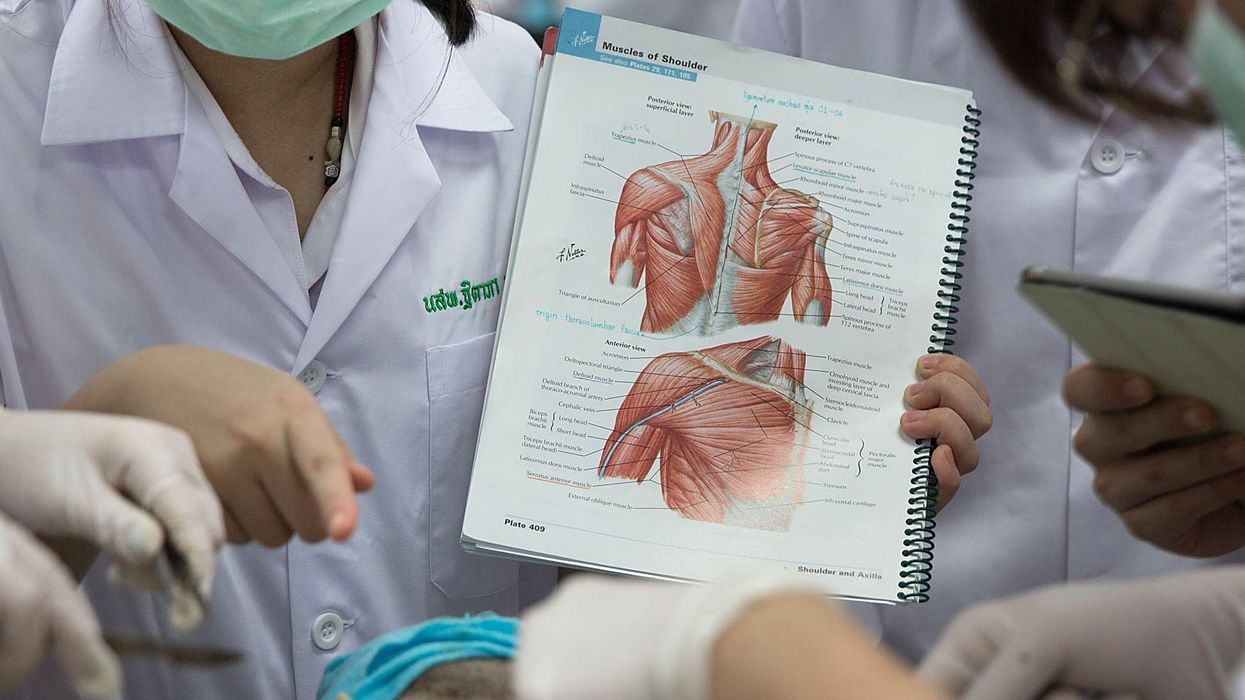 Doctors in Australia are pushing for the renaming of body parts that have been named after “men, kings, and gods” such as the Adam’s apple and the Achilles tendon, the Daily Mail Australia reported.

“I think we have a personal choice to decolonize our language and these historical terms will fade out,” Queensland specialist obstetrician and gynecologist Dr. Kristin Small told the news outlet.

Small is also an anatomy lecturer and has been reportedly teaching her students to “phase out irrelevant and misogynistic medical language.”

Though she still requires students to know the eponyms — the person, place, or thing after which something is named — for exam purposes, she looks for alternatives to the “dead man’s name” in practical exercises.

There are thought to be several hundred eponyms in human anatomy, though a comparatively small number — just nine, according to an online dictionary — are named after females.

Below is an image provided by the Daily Mail that shows several of the more well-known eponyms found in human anatomy. The image includes the Adam’s apple, which was named after the biblical Adam, and the Achilles tendon, named after the mythical Greek warrior.

It also shows several parts of the female reproductive system, such as the Fallopian tubes, the Pouch of Douglas, and Bartholin’s glands, all named after male anatomists.

Khot said she thinks many of the older terms will eventually become obsolete.

“The young trainee doctors are mostly keen to learn the more relevant language and are often shocked when they hear the origins of some medical terms,” she said. “The push for change may have started in the area of women’s health but the conversation is now in the wider health community. It just makes sense for the medics but also for the patients to use more understandable terms.”

The push to change supposedly sexist medical terms comes alongside a somewhat similar push in the U.S. to rebrand products and rename organizations thought to be racist.

Critics of the rebranding and renaming movement argue such attempts are nothing more than byproducts of the current “cancel culture,” which targets and publicly shame anyone or anything deemed offensive.