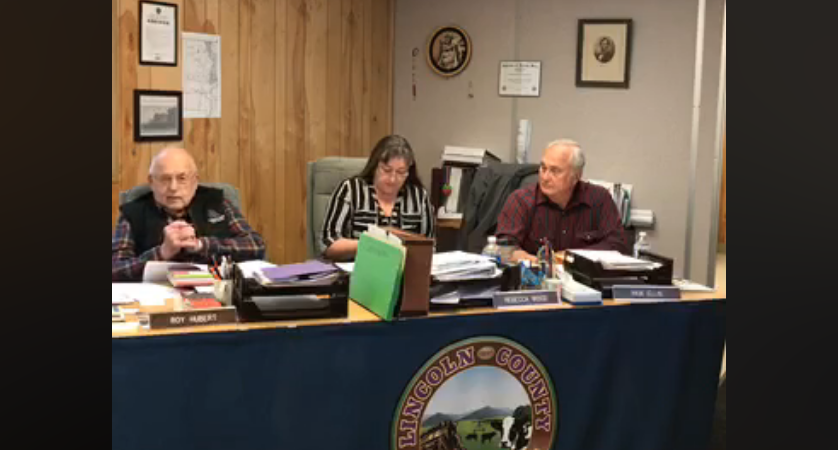 An example of this is playing out in Lincoln County, Idaho, where disgruntled residents have taken issue with county commissioners for allegedly steamrolling the will of the people.

In a controversial move Monday, the county commissioners voted to ban video recording of their public meetings. The motion was passed when commissioners Rick Ellis and Roy Hubert voted in favor of the ban and Commission Chairwoman Rebecca Wood cast the only dissenting vote.

The commissioners’ decision to ban the video recordings also went over and against the advice of the county’s legal counsel.

County prosecutor Richard Roats advised the commissioners that banning video without sufficient reason could be considered “arbitrary and capricious” in a court of law.

According to the Twin Falls Times-News, multiple residents in attendance at the meeting spoke out against the ban, and one constituent renewed a call for Ellis and Hubert to resign. A petition to recall the two commissioners has reportedly been circulating for weeks since the two pushed for a bond to build a new courthouse instead of preserving the county’s historic courthouse.

“This is not about one commissioner or another commissioner or even about one issue,” [County Clerk Brenda] Farnworth said before asking the commissioners not to ban video recordings at the meetings. “It’s a bigger issue. It’s about being open and transparent with the public.”

“Why are we debating transparency in government?” she asked.

Resident Jann Thomsen agreed: “Why would you not want transparency in government?” Thomsen asked.

Government “is for the people, by the people,” county resident Steven King told the commissioners. “We are the people. … We need transparency in government…”

Reportedly, just one resident expressed support for the measure.

The clash over whether to record the meetings or not was sparked one week earlier when County Clerk Brenda Farnworth set up a cellphone to record the County Commission meeting and livestream it onto Facebook. In the video, Ellis can be seen demanding that the video be shut off. When chairwoman Wood refused to have the recording stopped, Ellis walked out.

Ellis and Hubert’s decision to ban video of the meetings is made worse by the fact that the two commissioners are currently under threat of removal. According to a February report from the Times-News, petitioners have been gathering signatures to force a recall vote on the pair suggesting they sabotaged an effort to preserve the county’s historic courthouse.

The two reasons listed in the petition are “willful disregard for the wishes and desires of the public which the Commissioner represents” and “deliberately ignoring the results of two public surveys and the recommendation of an advisory committee regarding the renovation of our Historic Courthouse and becoming ADA compliant.”

Surveys taken before the vote reportedly showed that more than two-thirds of respondents desired to see the courthouse preserved.

Furthermore, in a controversial budget approval in 2017 — before Ellis and Hubert were elected but while Wood sat on the commission — commissioners voted to make the job full-time and give themselves a nearly 66% pay raise from about $19,000 a year to just over $31,000 a year.

Even then, residents were beginning to distrust their governing body and wanted more transparency.

“They’ve added extra days a week, and they say they’re on all of these boards,” one former commissioner said ahead of the budget vote. “Well that’s true, but we’ve always been on extra boards.”

“Elected officials know ahead of time what the compensation is and what the job description entails,” another resident said. “When they put their name on the ballot, that’s a contract.”