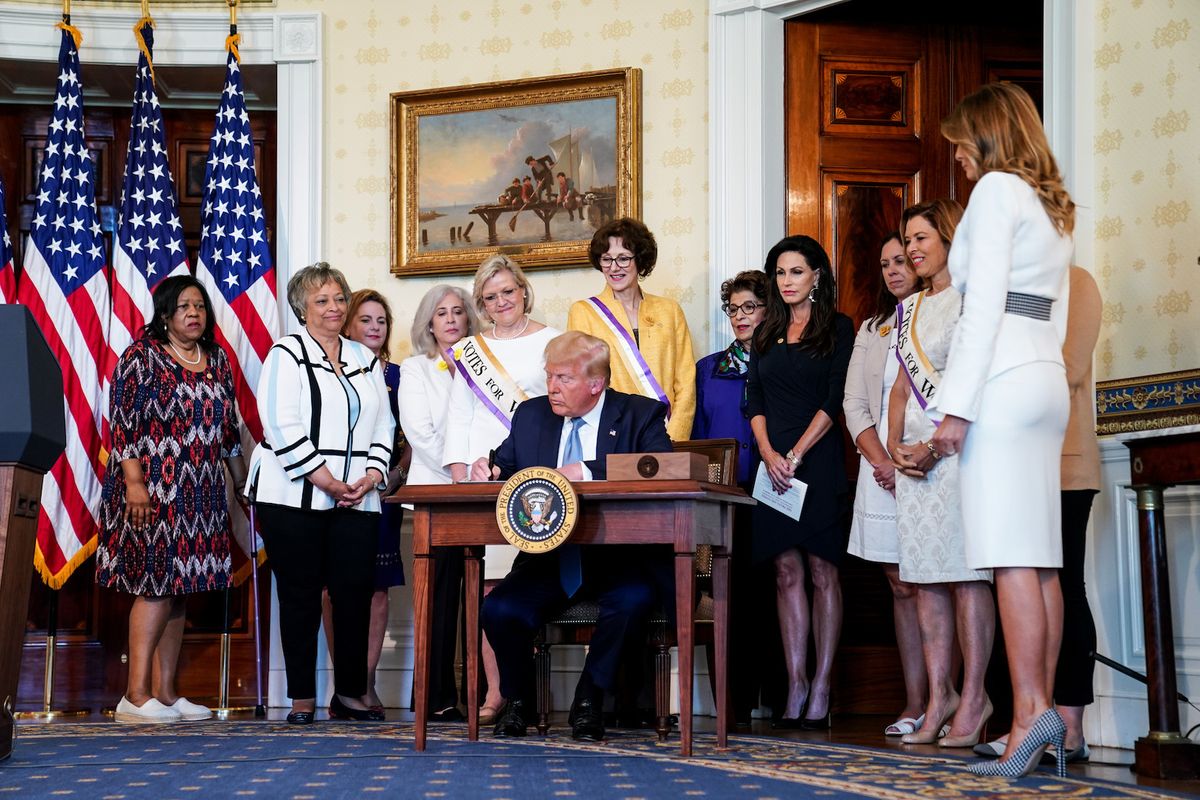 President Donald Trump announced a pardon of the late suffragist Susan B. Anthony on Tuesday as part of a celebration of the 100th anniversary of the ratification of the 19th Amendment. Not coincidentally, Democrats and members of the media took the opportunity to highlight some of Anthony’s shortcomings.

Anthony was arrested and fined $100 for illegally voting in 1872.

The New York Times accused the president of targeting the 2020 election in its headline, a reference to his alleged obstruction of mail-in voting using the USPS. In the article, the author criticized the event as “heavily political” and said Anthony was not remembered fondly. Maggie Haberman and Katie Rogers wrote:

Unlike other people the president has pardoned, Anthony is not someone whose work Mr. Trump has spoken of during his campaign or his presidency.

She is also an increasingly divisive figure, adopted by anti-abortion forces and criticized for relegating Black suffragists to the sidelines. On Tuesday, Marjorie Dannenfelser, the president of the Susan B. Anthony List, an anti-abortion political group, and Cleta Mitchell, a lawyer who represents conservative groups, were in attendance as Mr. Trump made his announcement.

The article quotes a Democratic politician who actually called for Trump to rescind the pardon.

“As highest ranking woman elected official in New York and on behalf of Susan B. Anthony’s legacy we demand Trump rescind his pardon,” New York Lt. Gov. Kathy Hochul wrote on Twitter. “She was proud of her arrest to draw attention to the cause for women’s rights, and never paid her fine. Let her Rest In Peace, @realDonaldTrump.”

The Times published a much more flattering article featuring Anthony on Aug. 6 about a statue in Central Park of Anthony, Sojourner Truth, and Elizabeth Cady Stanton.

“Across the country, monuments honoring racist figures are being defaced and toppled,” Alisha Haridasani Gupta wrote. “In New York’s Central Park, one statue is taking shape that aims to amend not only racial but also gender disparities in public art: A 14-foot-tall bronze monument of Susan B. Antony, Sojourner Truth, and Elizabeth Cady Stanton, three of the more prominent leaders in the nationwide fight for women’s right to vote.”

That statue is set to be unveiled on Aug. 26.