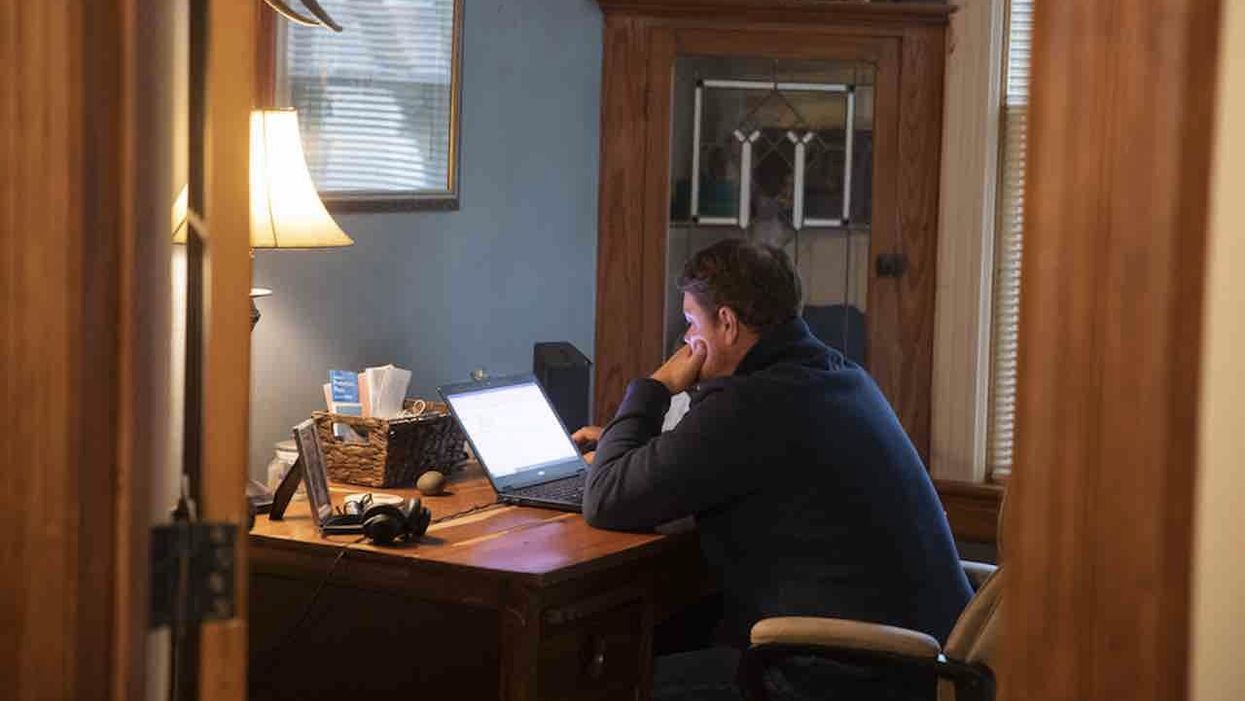 As the coronavirus spreads throughout the world and many have been forced to transition from working in offices to working from home, a new study claims that working from home actually can lead to an increase in racism and prejudice, BBC News reported.

The study — conducted by polling company Survation for the Woolf Institute, which researches interfaith relations — surveyed 11,701 people in England and Wales last year, the outlet said.

Institute founder Ed Kessler told BBC News that as more people work from home, they risk going “back into isolated silos,” and he added that offices and workplaces are “vital” for improving community relations.

The study suggests that of those who work in shared offices, three-quarters (76%) — regardless of ethnicity — were in an ethnically diverse setting, the outlet said, adding that unemployed people are 37% more likely to only have friends from their own ethnic group.

In addition, the study warns that without the establishment of alternative settings to offices, opportunities for social mixing between different religious and ethnic groups will be greatly reduced, BBC News said.

The study also examined opinions on diversity, the outlet said:

“Muslims were both the primary target for ‘uncomfortable’ responses, but also the primary source,” the report said, BBC News noted. In other words, the study indicated Muslims are the most likely group to hold negative attitudes towards people of other religions as well as the most likely target of such attitudes, the outlet added.

Hadiya Masieh, who is Muslim, became close friends with Samuel Rosengard, an Orthodox Jew, after working together, BBC News said.

Rosengard told the outlet that while he’d never held racist or Islamophobic views, he may have had “misconceptions” about Muslim communities.

“Meeting Hadiya has really helped clarify where my thinking can be askew,” he noted to BBC News.

Masieh agreed, telling the outlet that for her “it was more of a political thing about Israel and Palestine,”

But working together has led to a close friendship, BBC News noted.

“It was just a very natural relationship that we formed because we had the exact same agenda and passions,” she told the outlet. “We were both from very different backgrounds, and the idea of Israel and Palestine was a hot topic. But we were able to discuss that in a way that was understanding of each other.”

Rosengard added to BBC News, “Before COVID we would have regular discussions about these kinds of issues. And also identifying common cultural traits between Jewish and Muslim communities and areas of agreement and disagreement. Hadiya and I would often start off conversations just bumping into each other in the open plan office and then head off for a coffee. But that just doesn’t happen. So that is a loss.”