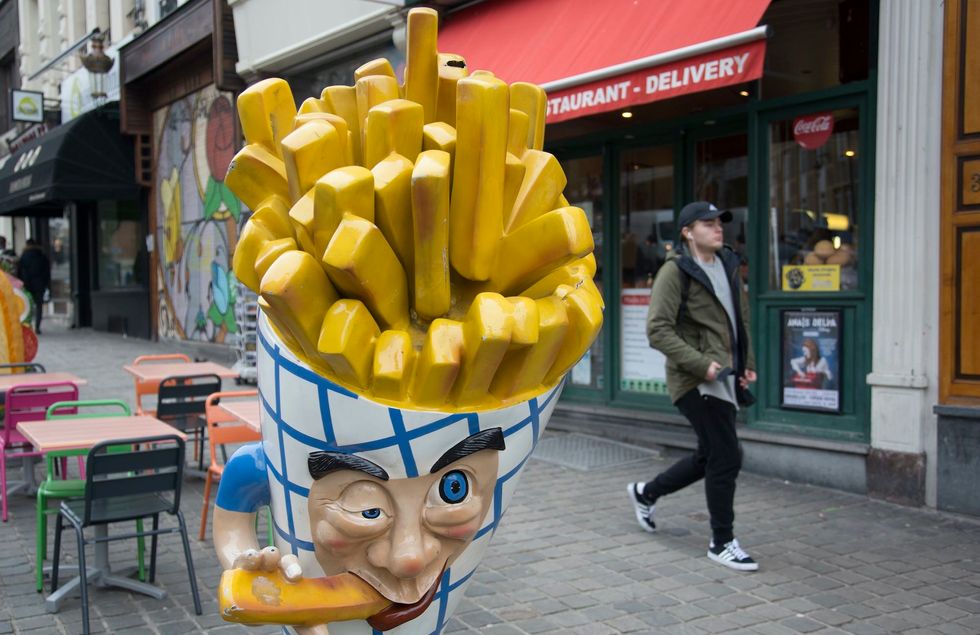 Potato farmers in Belgium are beyond worried.

The coronavirus pandemic has led to a massive surplus of their product, and they may be forced to toss hundreds of thousands of tons of potatoes, CNBC reported Tuesday.

So citizens are being asked do to their part … or … eat their part.

As the virus spread around the world, governments worldwide instituted various lockdowns. Belgium’s nationwide lockdown led to a lowered demand for frozen potatoes — especially the national dish of frites, a twice-fried potato.

But it wasn’t just the Belgian lockdown that played a role.

Euronews reported that 90% of Belgium’s potatoes are exported, so when restaurants were forced to close throughout the EU and travel bans were instituted, the food supply chain was disrupted.

The decreased demand for frozen potatoes, which makes up about 75% of the country’s potato process, CNBC said, led to an inventory glut and diminished freezer capacity. As a result, more than 750,000 tons of potatoes could be lost, Romain Cools, the head of Belgapom, Belgium’s potato industry association, told CNBC.

Now the potato farmers are asking the government for help.

Cools is asking for a national push to urge Belgians to do what they can to help potato producers — starting by eating fries at least twice a week.

He told CNBC he wants to “launch a campaign asking Belgians to do something for the sector by eating fries — especially frozen fries — twice a week during the coronavirus crisis.”

“What we are trying to do is to avoid food waste, because every lost potato is a loss,” he said.

The industry is also seeking help from the EU for the first time, Cools said, but EU legislation is not designed with farmers in mind, Euronews reported.