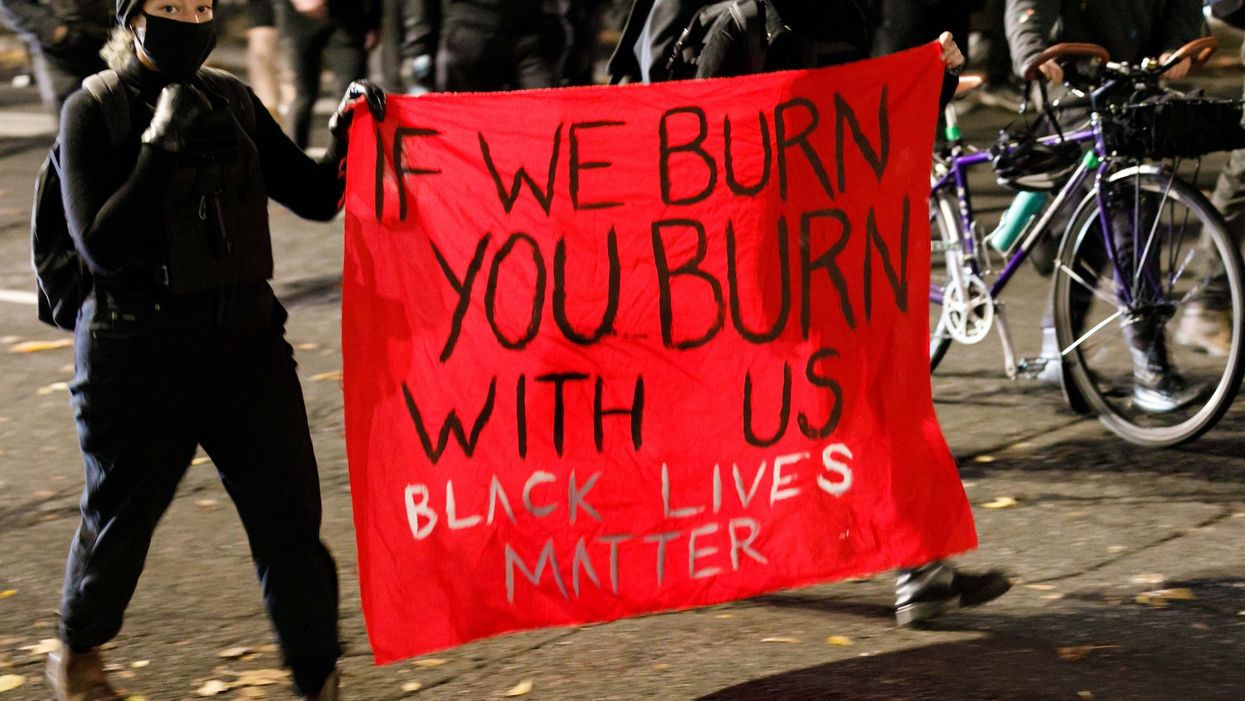 Dozens of left-wing protesters vandalized a Portland commissioner’s home after he voted against a measure that would defund part of the Portland Police Bureau’s budget.

The disconcerting event unfolded on Thursday according to the Portland Police.

Portland City Commissioner Dan Ryan had voted against a measure earlier that day that would have redirected $18 million from the police budget to other programs supporting social causes.

Portland Unified Command said that the group marched to Ryan’s home, broke a window and tossed “burning flares and paint filled balloons” at the house. Video on social media captured the protesters chanting “Black Lives Matter!” and “F**k you Dan Ryan!!” during the protest.

Here’s video of the protest:

Rioters also attacked the Portland City Hall and tried to torch it in an arson attack.

The Multnomah County Sheriff’s Office says an arson investigation is underway after a flaming object was placed or… https://t.co/vry9GnEg9H

Ryan’s vote was the swing vote on the measure and prevented it from passing.

Today, white leaders had a chance to hold police accountable for crimes against BIPOC & our allies in #Portland.
I… https://t.co/CWaTaeIOFn

Portland Mayor Ted Wheeler condemned the attack and called it intimidation in a statement on Friday.

“Violence, criminal destruction and intimidation are unacceptable and will not be tolerated. Those responsible must be found, investigated and prosecuted to the fullest extent of the law. I condemn anyone who uses violence to attempt to silence the voices of others.”

Portland City Commissioner Jo Ann Hardesty, who backed the police defunding motion, also condemned the violence against her colleague on the city council.

“Fighting for systemic change is messy and complicated, but what shouldn’t be complicated is recognizing when lines have been crossed, and that’s what happened last night,” she said in part.

The Portland Police budget for the current year was slated to be about $244 million, meaning the “defund the police” effort that was defeated would have cut about 7.3% of the budget. However, the city council had already cut $15 million from the budget in June as a part of their support for the “Black Lives Matter” movement.

Here’s a local news report about the vandalism: