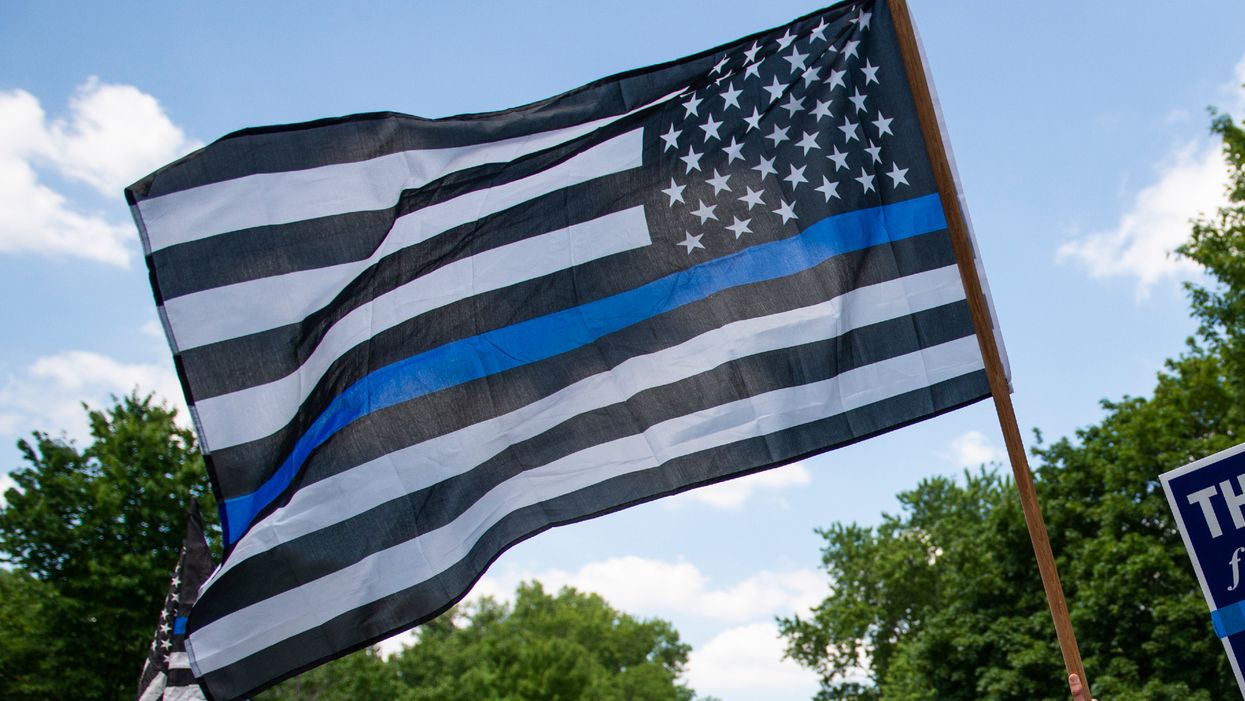 A prosecutor in Washington state has declined to charge a man who reportedly assaulted teens who allegedly damaged and stole a ‘Thin Blue Line’ flag from his home.

According to the Port Townsend Leader, the incident took place on Aug. 6.

Three unnamed teenagers allegedly visited the home of a Port Townsend man in August, where they allegedly took his ‘Thin Blue Line’ flag.

The man, who said he witnessed the theft, began to chase the teens and ended up pinning one of them to the ground in an attempt to get back his flag.

An incident report from the Port Townsend police described the moments that followed:

“He then began beating on her while she was on the ground and yelling at them. [He] then took their skateboards and walked back to his residence with [the male’s] phone after they followed him back,” a portion of the report read.

The report also noted that the male teen “had blood on his arm and possibly an injured nose,” and that there was visible blood on the female teen’s clothing.

The unnamed 48-year-old homeowner told authorities, “I ran up to them, took my flag back, took their stuff. I ran up behind her, took her down, took my flag and said, ‘Who do you think you are taking my stuff off my property?’ I said, ‘I’m going to take your stuff, you can see what it’s like to have your stuff taken.'”

Authorities arrested him on charges of second-degree robbery after it was reported that he had taken two of the teens’ skateboards as well as a cellphone belonging to one of the kids.

However, Jefferson County Prosecuting Attorney James Kennedy told the arresting officer in an Aug. 7 email that he was “declining to charge” the homeowner with any offenses.

What is being said now?

In remarks issued on Oct. 9, Kennedy said that everyone involved in the situation exhibited “bad behavior.”

“The two individuals who stole his flag should not have done that, and they committed a crime when they did that,” he explained. “The law does allow for limited applications of force in defense of property, which I am certain [the homeowner] would have argued.”

Kennedy explained, “At first, it sounded like the force he applied may have been excessive — some of the reports that we looked at sounded like that might have been the case — but when I looked at the photographs, I didn’t see any indications of injuries that were the result of excessive force. I don’t think that we reasonably could’ve obtained a verdict beyond a reasonable doubt at trial.”

He concluded, “The case against [the homeowner] is muddy; the case against the two juveniles is not at all. I could’ve just as easily brought cases against them. They clearly stole his flag without any sort of legal justification whatsoever.”