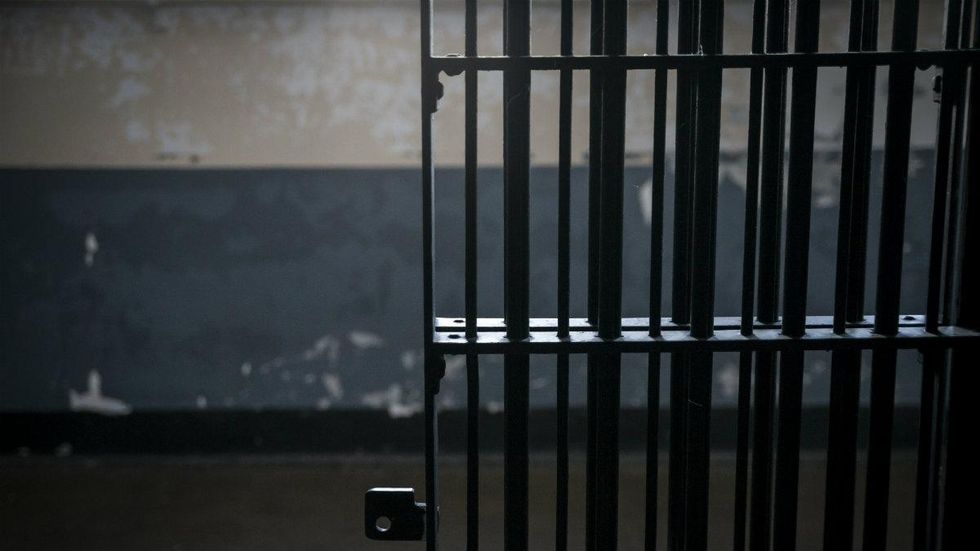 For the past decade, I’ve been trying to raise awareness about the harms of the weak-on-crime policies being advocated by both parties. As crime continues to surge, even the most violent career criminals are released on little or no bail, a growing phenomenon that is responsible for most of the violent crimes committed in the country. The insipid mantra of the de-incarceration crowd is that we shouldn’t lock people up for low-level offenses. I have long wondered what they consider to be high-level offenses. Now we have our answer. It is you and me.

We are now living in an America where accused murderers and rapists with long rap sheets are released without bail, while Trump supporters are being held without the opportunity to post even high bail for nebulous charges of trespassing on public property. All of us want violent criminals punished, but as Julie Kelly of American Greatness found after examining 200 indictments related to the Jan. 6 riot at the Capitol, nearly all of them were charged with trespassing for simply taking selfies in the Capitol.

Take the case of Jessica Watkins. She is being charged with disorderly conduct, entering a restricted building, and obstruction of an official proceeding. She has no prior record, and these are the quintessential “low-level” crimes I’ve been hearing the left lament for years in the context of the discussion of over-incarceration. Yet the Feds are asking that she be held without bail because she has spoken to friends about the need for a revolution.

By that standard, tens of millions of Trump-haters could have been held without bail for the comments they regularly spewed about him for years, especially when they were involved in Black Lives Matter riots. The fact that people are being charged, much less held without bond, for taking selfies in the Capitol, with no evidence that they engaged in assault or theft, is further disturbing because by the government’s own admission, some police officers let them in. Last week, the Capitol Hill police announced the suspension of six officers and an investigation into the actions of 29 others because they are suspected of letting in the crowd. Absent evidence of other criminal behavior, it is indefensible to charge civilians with trespassing before this investigation is complete.

This is typical of the dozens of cases I read

– Walked into building thinking it was open

It’s also disturbing that they continue to lie about the death of Officer Brian Sicknick to use it as a pretext for labeling any and all opposition to the Left as insurrection and sedition and treating the entry into the Capitol differently from any other commensurate crime.

Let’s be clear: The only political violence that has taken place since Jan. 6 fomented by a group that wants to overthrow the government is from Antifa. Antifa’s adherents have committed clear-cut violent crimes, yet few of them are arrested and none of them are held without bail. Thus, when attorney general nominee Merrick Garland compares Trump supporters to Timothy McVeigh and vows to focus on “domestic terrorism” but refuses to mention Antifa, you know this is not about justice, but about a sadistic persecution. In fact, he told the Senate Judiciary Committee hearing that Antifa’s attacks are not terrorism because they occur at night. It’s all about a two-tiered system. Which is why, when Garland promises to fight discrimination, he doesn’t mean the systemic anti-white bias at every level of the corporate culture.

The two-tiered justice system is even more appalling when you examine the number of rapists and murderers who have been set free on low or no bail in recent years in all of America’s major cities. While there is zero evidence of any of the Capitol Hill protesters committing crimes outside that day, most crime in this country is committed by repeat violent offenders released under “criminal justice reform measures.”

Just to pick a recent example from Chicago, America’s murder capital, Oscar Grissett was just bonded out of jail again by a liberal advocacy group despite a history of manslaughter, robbery, and committing crimes while on parole. Here is his timeline according to CWB Chicago:

The case of Oscar Grissett is not an aberration. It represents the prototypical career criminal who is never properly deterred or stopped in our justice system. It’s in this world that Trump supporters are now being held without possibility of even posting bail on charges of trespassing in a public building, even if they didn’t engage in violence and did not have a prior record.

While the DOJ and the DHS focus on the nonexistent threat of ubiquitous violence from Trump supporters, nearly every major city is seeing a surge in crime thanks to the reduction in prison and jail incarcerations. Philadelphia is experiencing an even worse crime year than last year, which was the worst in a generation, when Philly had the second highest number of murders on record. Over the weekend, the violence spread to the suburb of Norristown, where one was killed and four were injured while children were enjoying a night of bowling with their families.

Perhaps it will take the violence spilling over into the suburbs, where some suburban voters have become woke, for them to realize that it is the career violent offenders who need to be locked up to ensure their family’s safety, not Trump voters.