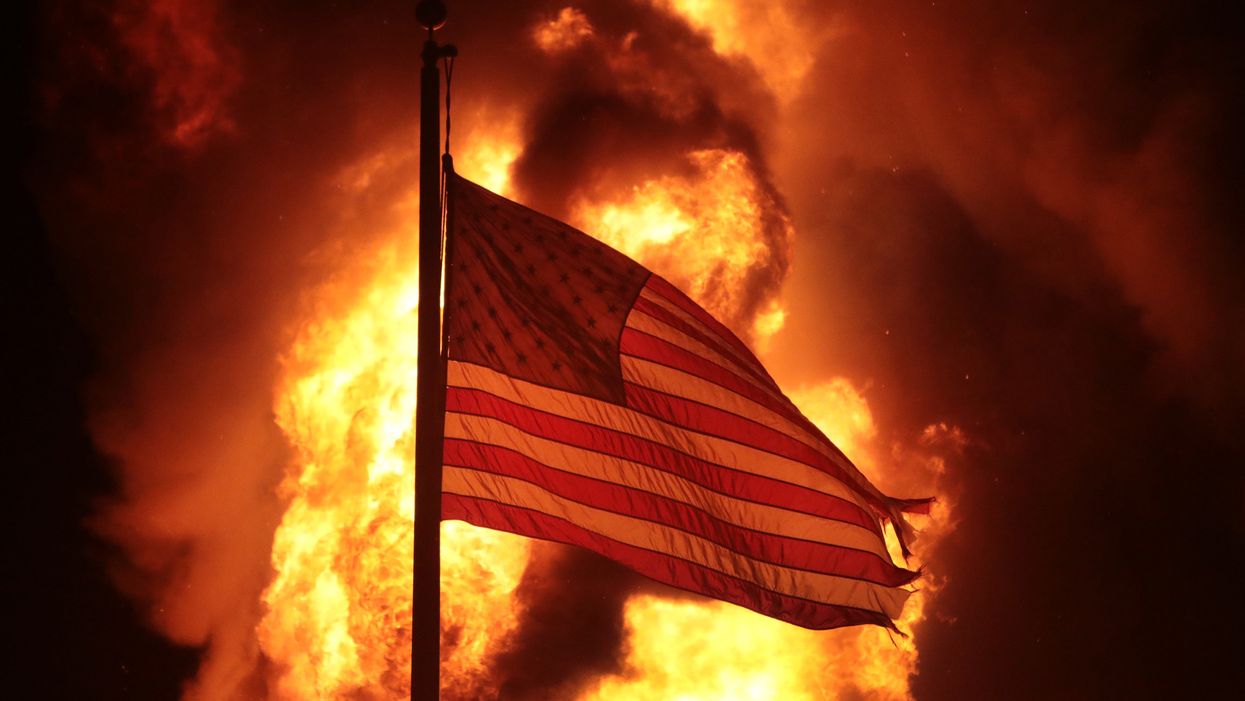 Rep. Dan Crenshaw (R-Texas), however, fired back with a sobering truth: Businesses impacted by the chaos of rioting and looting weren’t having to protect themselves from Trump supporters.

On Twitter, Biden wrote, “I promise you this: I’ll end Donald Trump’s chaos and end the crisis.”

Crenshaw shot back, “Trump’s chaos? Last I checked, businesses weren’t boarding up their windows because they were afraid of Trump supporters.”

Trump’s chaos? Last I checked, businesses weren’t boarding up their windows because they were afraid of Trump suppo… https://t.co/TeczZgT3Tq

The Daily Wire, which reported on the exchange, also highlighted some of the more damning pieces of evidence to support his claim in a now-viral article.

The outlet recounted some of the many times between just May and July that out-of-control demonstrators and rioters converged on cities and towns across America with one apparent objective: steal, burn, and destroy.

Last week, Crenshaw suggested that Biden could be compromised by the Chinese Communist Party.

“Here’s why,” he began. “We know for a fact, this is undisputed, that Hunter Biden has gone around the world getting sweetheart deals because of his family’s name.”

Crenshaw pointed out that it is important to discern — preferably before the election — whether Biden benefited from his son’s Ukrainian business dealings.

“The American people deserve to know this. We’re about to have an election and potentially elect a president that’s compromised by the Chinese Communist Party because this energy company has direct ties to the Communist Party,” he insisted.