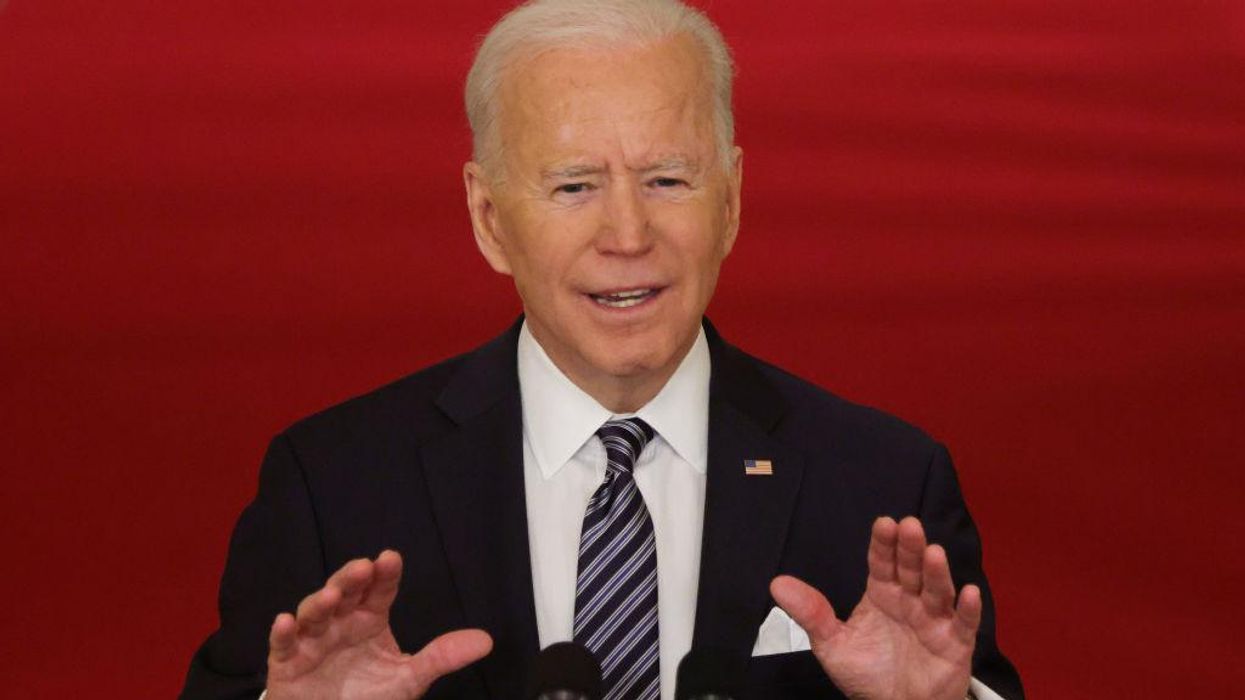 A coalition of 21 states sued President Biden on Wednesday over his executive order that shut down the Keystone XL pipeline. The lawsuit was filed in the U.S. District Court for the Southern District of Texas and alleges Biden exceeded his presidential authority by canceling the oil pipeline.

“Within hours of taking office, President Biden issued an Executive Order that purports to revoke the permit on the grounds that he has ‘an ambitious plan’ to ‘reduce harmful emissions and create good clean-energy jobs’ and that this completed pipeline would ‘not be consistent with [his] Administration’s economic and climate imperatives,'” the lawsuit states.

“Revocation of the Keystone XL pipeline permit is a regulation of interstate and international commerce, which can only be accomplished as any other statute can: through the process of bicameralism and presentment,” the complaint continues. “The President lacks the power to enact his ‘ambitious plan’ to reshape the economy in defiance of Congress’s unwillingness to do so. To the extent that Congress had delegated such authority, it would violate the non-delegation doctrine. But Congress has not delegated such authority: It set specific rules regarding what actions the President can take about Keystone XL and when. The President, together with various senior executive officials, violated those rules. The action should be set aside as inconsistent with the Constitution and the Administrative Procedure Act, 5 U.S.C. §§ 500, et seq.”

The multi-state complaint was led by attorneys general Ken Paxton of Texas and Austin Knudsen of Montana, who claim, “President Biden does not have the unilateral authority to change energy policy that Congress has set,” including “rejecting permits for oil pipelines that cross an international border.”

The proposed 1,200-mile pipeline would have reportedly pumped 35 million gallons of crude oil a day from Alberta, Canada, to Steele City, Nebraska, where it would connect to other pipelines to deliver oil to refineries on the U.S. Gulf Coast.

“Since his first day in office, President Biden has made it his mission to undo all the progress of the previous administration, with complete disregard for the Constitutional limits on his power. His decision to revoke the pipeline permit is not only unlawful but will also devastate the livelihoods of thousands of workers, their families, and their communities,” Paxton said in a statement. “This administration continues to tout imaginary green-energy jobs, without any recognition that their actions in the real world will make it impossible for hard-working Americans to put food on the table.”

“The power to regulate foreign and interstate commerce belongs to Congress — not the President. This is another example of Joe Biden overstepping his constitutional role to the detriment of Montanans,” Knudsen declared in a statement. “There is not even a perceived environmental benefit to his actions. His attempt to cancel the Keystone XL Pipeline is an empty virtue signal to his wealthy coastal elite donors. It shows Biden’s contempt for rural communities in Montana and other states along the pipeline’s path that would benefit from and support the project.”

TC Energy Corporation, the Canadian company behind the Keystone XL pipeline project, said it would be forced to cut more than 11,000 jobs after Biden rescinded the permits for the international pipeline. Labor unions that endorsed Biden have pleaded with the president to reopen the Keystone pipeline; otherwise, it will “kill thousands of good-paying union jobs.”