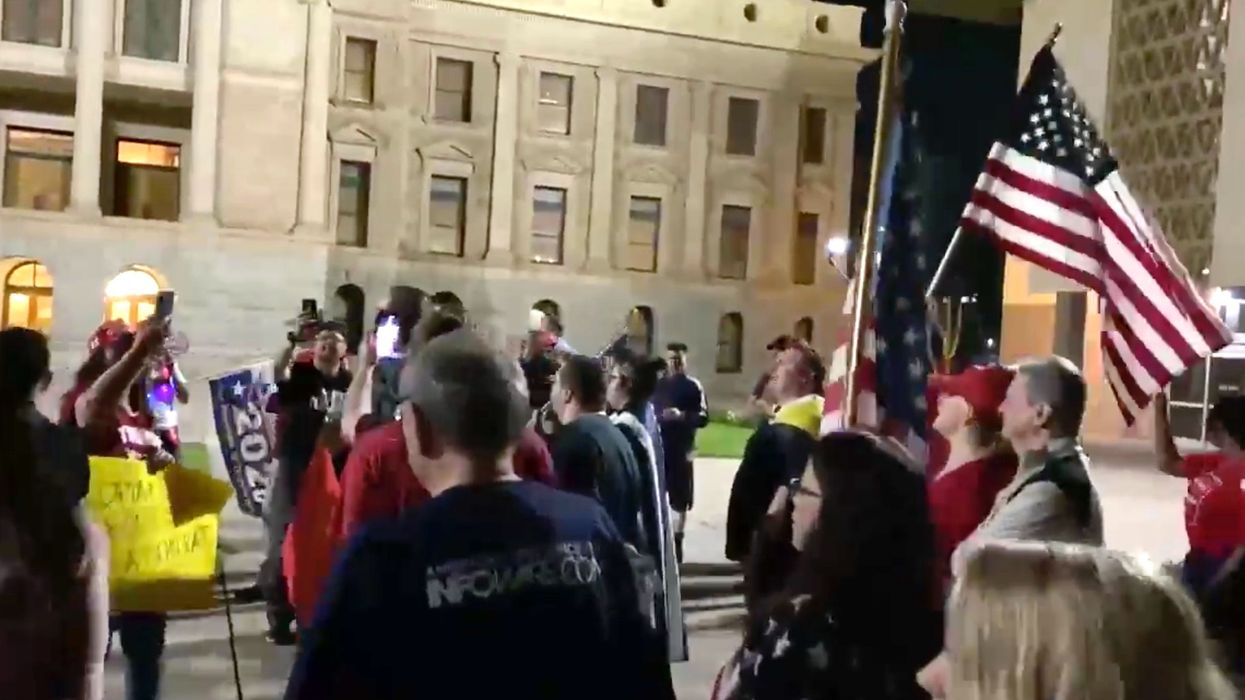 Dozens of pro-Trump protesters marched outside the Arizona State Capitol in Phoenix after tension arose over the results from the presidential election.

Reporter Justin Lum of KSAZ-TV posted video of the peaceful demonstration on Wednesday.

Other video showed them chanting “shame on Fox!” which could have been in reference to controversy over the Fox News channel declaring Arizona a victory for Joe Biden.

Protesters then marched to the Maricopa County Recorder’s building where officials were still counting the ballots from the election.

Outside the building, speakers encouraged Trump supporters and mocked the media. 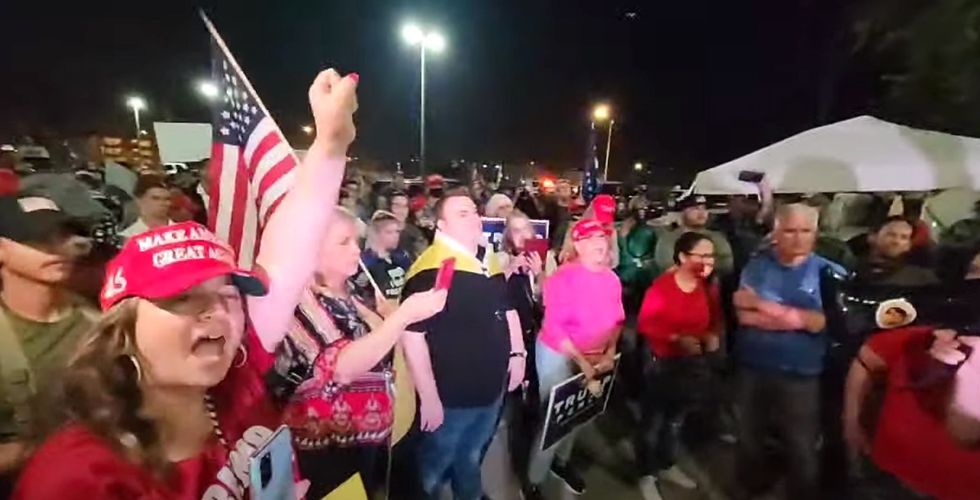 Police officers guarded the front of the building to keep protesters out.

CNN’s senior national correspondent Kyung Lah said that some of the protesters were speaking about the “sharpiegate” controversy where Trump supporters were accusing poll workers of cancelling their votes.

Reporter Briana Whitney of KPHO-TV described the protesters as an “extremist group,” without noting that at one point the entire group gathered in quiet prayer in order to seek after God’s plan whether or not Trump won the presidency.

Just walked out of the Maricopa County Elections Office to this where a large extremist group has re-gathered, extr… https://t.co/xbrFkZZXta

At about the same time of the protests, Arizona officials released updated numbers of the vote count showing that Trump had gained on the advantage reported for Democratic presidential candidate Joe Biden. The updated numbers showed Biden only had 79,173 votes above Trump, down from his previously reported gap of 92,817 votes.

Steve Cortes, a senior Trump campaign official, argued that of the outstanding 605,000 votes in Arizona, the president should only have to garner 58% of those votes to win over Biden.

The actual math points to a Trump triumph in Arizona, here are the numbers.

Another update from Arizona’s election was expected on Wednesday evening.

Here’s a livestream media about the protest: