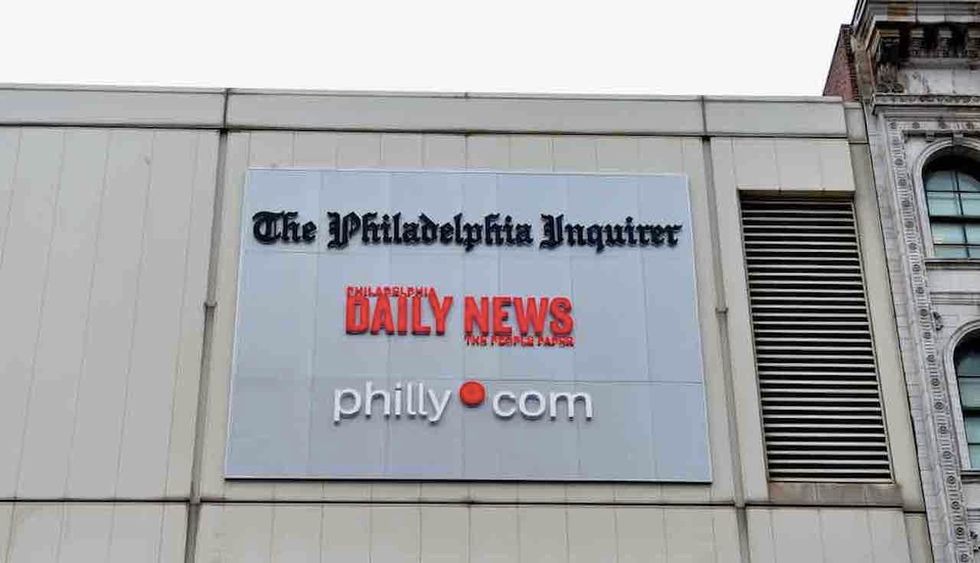 It’s been a rough few days for the Philadelphia Inquirer.

Over the weekend top editor Stan Wischnowski was forced to resign due to a column titled, “Buildings Matter, Too” — a play on the term Black Lives Matter that infuriated staff members of color.

Now it’s come to light that the son of another top editor at the paper used racist and homophobic slurs in two social media posts three years ago, the Inquirer reported.

Gabe Escobar — an 18-year-old incoming Temple University student and son of Inquirer editor and vice president Gabriel Escobar — used the N-word in one post and homophobic slurs in two others on Snapchat in 2017, the paper said.

“We’re aware of this content and the student associated,” Temple tweeted on Thursday, according to the paper. “We have sent this information to our dean of students for further review and investigation.”

More from the Inquirer:

The issue surfaced as The Inquirer was facing public criticism and internal turmoil over its treatment of journalists of color and an insensitive headline the paper
ran last week. Escobar’s father was one of three editors who issued an apology for that headline, which had been written by another staffer and was seen as suggesting an equivalence between the loss of buildings and the lives of black Americans. Three days after that apology, Inquirer Executive Editor Stan Wischnowski announced his resignation.

The younger Escobar
posted a 13-minute apology on Instagram regarding his past posts, the paper said.

“I am so sorry to anyone I’ve hurt or disappointed by seeing these screenshots with hate speech and for the poor judgment I’ve had,” Gabe Escobar wrote, the Inquirer noted. “I can’t take back these screenshots or anything I did in high school, I know that, so all I can do is apologize and try to educate people so they don’t make the same mistakes I did.”

Escobar has nearly two million followers on Tik Tok and asked others to judge him for who he is today, the paper said.

What did his father say?

“My son knows that what he sent on Snapchat, when he was 14, is hateful and hurtful,” the elder Escobar said in a statement, according to the Inquirer. “He has publicly apologized, beginning last fall when the screenshots surfaced. He has also committed himself to spreading a positive message to his followers on social media. His mother and I admire how he has expressed remorse and taken responsibility. We love and support him.”

What did the paper have to say?

Elizabeth H. Hughes, publisher of the Inquirer, said in a statement to the paper that “the social media posts in question are offensive and are contrary to our core values and beliefs. We believe this is a private family matter, and we respect their right to work through what is clearly a painful and difficult situation in private.”

Temple officials are grappling with condemning hate speech while honoring First Amendment free speech rights, the Inquirer noted, adding that a petition calling on Temple to require the “condemnation and immediate expulsion” of students for racist or hateful speech has gained over 3,700 signatures.

In related news, the editor of the New York Times’ editorial page — James Bennet — resigned Sunday amid outrage from employees and readers over an op-ed by Arkansas GOP Sen. Tom Cotton saying President Donald Trump should invoke the Insurrection Act and use military force to stop nationwide George Floyd riots. 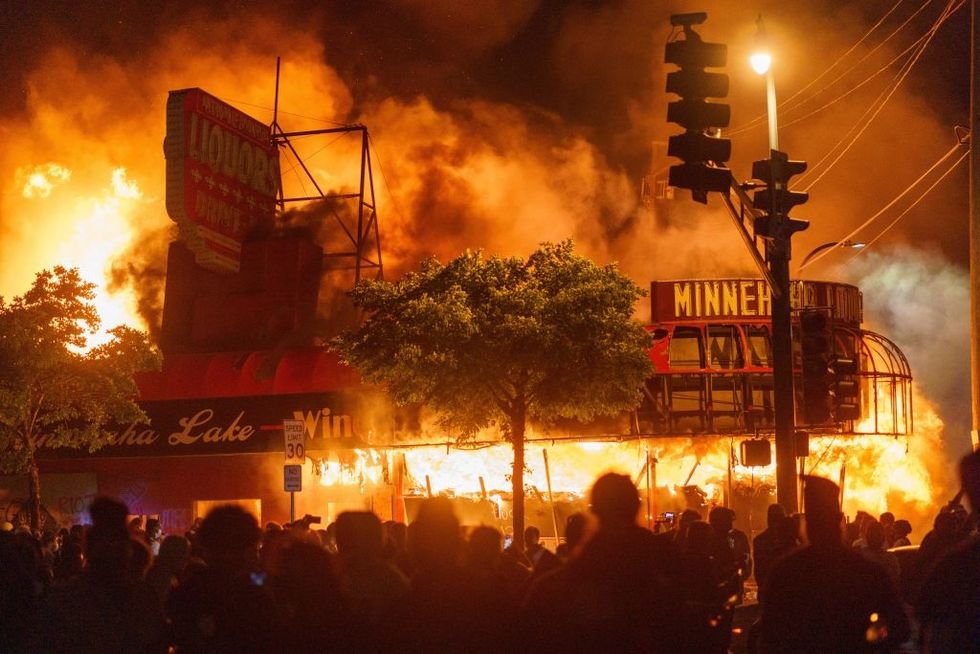 The top editor of the Philadelphia Inquirer, Stan Wischnowski, was forced to resign over the weekend over outrage stemming from an article that declared, “Buildings Matter, Too.”

In the shadow of George Floyd’s tragic death two weeks ago, violence and looting have plagued cities nationwide. Thousands of businesses have been looted, set on fire, and completely destroyed by agitators exploiting racial tensions.

Last Tuesday, the Inquirer published a column highlighting the heartbreaking impact of the violence. The
column was titled, “Buildings Matter, Too.”

The headline generated immediate backlash, forcing the newspaper’s leadership
to issue an apology.

“The Philadelphia Inquirer published a headline in Tuesday’s edition that was deeply offensive. We should not have printed it,” the editors said. “We’re sorry, and regret that we did. We also know that an apology on its own is not sufficient.”

“The headline accompanied a story on the future of Philadelphia’s buildings and civic infrastructure in the aftermath of this week’s protests,” the apology continued. “The headline offensively riffed on the Black Lives Matter movement, and suggested an equivalence between the loss of buildings and the lives of black Americans. That is unacceptable.”

Unfortunately, the apology was not enough, and by Saturday the Inquirer announced that Wischnowski — the paper’s executive editor and senior vice president — had resigned.

In a statement Saturday afternoon, publisher Lisa Hughes said that Wischnowski “has decided to step down as senior vice president and executive editor.” She thanked him for his 20 years working at the paper and serving as executive editor.

Wischnowski worked at the Inquirer 20 years. He will formally leave the newspaper at the end of business on Friday. His successor was not immediately announced.

Wischnowski is not the only major newspaper editor who was forced out of a job over a controversial article in recent days.

James Bennet, the editor of the New York Times editorial page, was also forced to resign over the weekend following controversy stemming from the newspaper publishing an op-ed from Sen. Tom Cotton (R-Ark.).