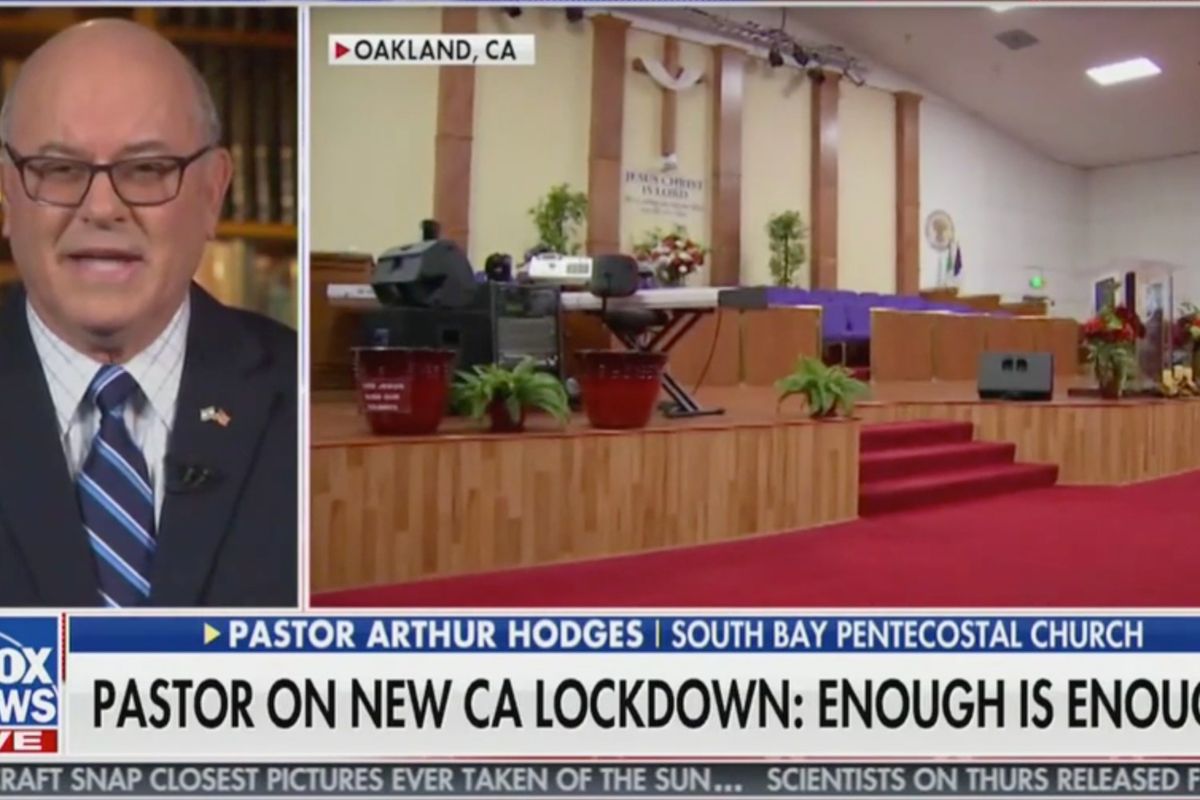 Pastor Arthur Hodges of South Bay Pentecostal Church in San Diego, California, says that state mandates will not force him to close his doors.

In an interview with Fox News’ Brian Kilmeade on Thursday, Hodges said that he refuses to comply with the California Department of Health, which indefinitely suspended indoor church gatherings to fight the COVID-19 pandemic.

“They’re not shutting us down,” Hodges said. “We are continuing. The church is alive and well. … You know, the church has never shut down.”

He added that church leaders are “looking at all of our options right now” with regard to remaining open during the latest spike in COVID-19 cases, despite state mandates.

At the time of this writing, researchers at Johns Hopkins University estimate that there have been at least 364,835 confirmed coronavirus cases in California, with at least 7,490 deaths attributed to the deadly virus.

“There are over 10,000 churches in California, and basically, we have gotten to the point where we’re saying ‘enough is enough,'” he insisted. “We have complied, we have accomplished the goal. We were told in the middle of March the goal was to flatten the curve and to not overwhelm hospitals.”

“Well, guess what,” he continued. “In San Diego County, we flattened the curve in three weeks, and after four weeks, the curve is headed downward and hospitals are underwhelmed. We’ve done our part.”

Hodges explained that churches have an integral part of helping society to “heal” amid the pandemic.

“They are part of the solution, and while hospitals are treating people with this medical condition — which is needful — the other parts of people’s well-being are completely left out,” he insisted. “Their spiritual well-being, mental well-being, emotional well-being. The church will not be marginalized any longer. The church is here to help our society heal.”