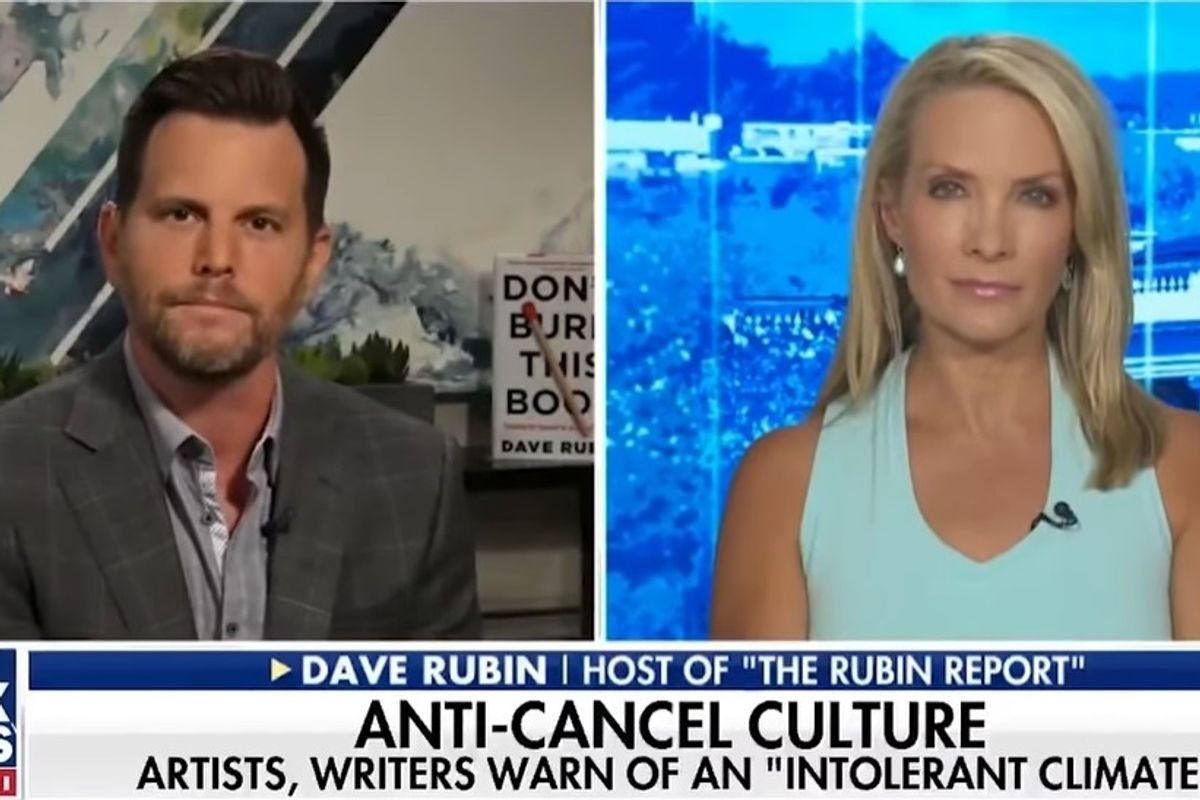 BlazeTV host Dave Rubin spoke with Fox News anchor Dana Perino about liberals who are finally waking up to the dangers of cancel culture and woke outrage mobs.

“The free exchange of information and ideas, the lifeblood of a liberal society, is daily becoming more constricted. While we have come to expect this on the radical right, censoriousness is also spreading more widely in our culture: an intolerance of opposing views, a vogue for public shaming and ostracism, and the tendency to dissolve complex policy issues in a blinding moral certainty,” the letter said.

Dave wonders why these people have ignored the many years that this has been a problem for conservatives and are now only concerned when social justice cancel culture is targeting prominent liberals.

“It’s nice to see liberals finally coming around and realizing cancel culture isn’t about just taking out conservatives, it might take them out too. But, for the record, there are a couple of people who signed this who tried to cancel me. So, it’s nice, but ultimately it’s just a bunch of words. I don’t see the radicals looking at this thing and thinking, ‘Okay, let’s wrap up cancel culture’,” Dave said.

Watch the video clip below to catch more of the conversation:

To enjoy more honest conversations, free speech, and big ideas with Dave Rubin, subscribe to BlazeTV — the largest multi-platform network of voices who love America, defend the Constitution and live the American dream.