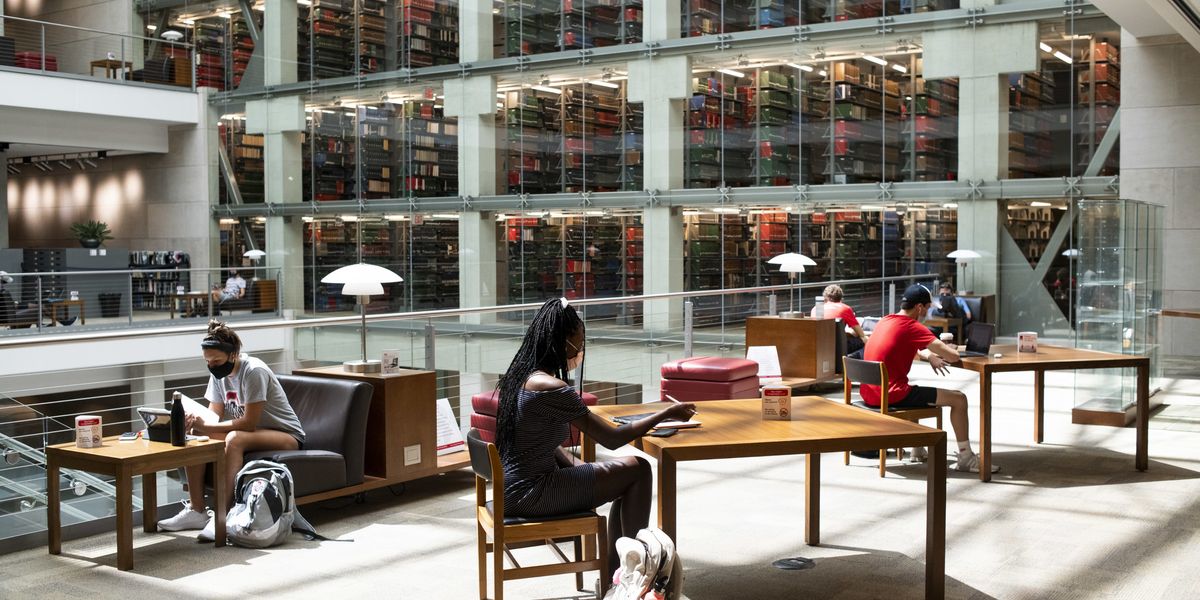 Some students at Ohio State University in Columbus, Ohio, are furious after school officials dared refer to a black-on-white crime as a “hate crime.”

According to a Sunday report from Campus Reform, a horde of students protested and took their gripes to social media in an attempt to shame the university for its apparently controversial stance.

Earlier in September, Ohio State University sent out public safety notices to all of its students, initially advising them of a “hate crime” perpetrated by two African-American suspects near the school’s Columbus campus.

At the time, the Lantern, Ohio State’s student newspaper, reported that the race of the victims was not divulged, but added that authorities charged the two suspects with “felonius assault and assault” in connection with the incident.

Days after the school initially reported the crime, the Department of Public Safety revealed “that the [three] victims of the crime where white Ohio State students and that the suspects were in custody.”

“One suspect allegedly yelled a racial slur at a student and punched him the face,” Campus Reform reported of the communication.

Spears-McNatt said that the race of the victims was initially — and mistakenly — omitted in the initial campus-wide notice.

“We apologize for this omission and any questions or concerns it may have caused,” Spears-McNatt said in an email to the Lantern.

University spokesperson Dan Hedman also told the Lantern that “because the suspects were of a different race than the victims, the racial slur used in [the] incident fell under the Clery Act’s definition of a hate crime, and the university was legally obligated to report it as such.”

The two suspects, however, were not arrested under charges of a hate crime, according to the outlet.

The outlet reported that in addition to the blowback of announcing the crime, “roughly 100 students” gathered outside of the school’s administrative offices to demand change to the handling of public safety notices.

The Lantern noted that flyers for the protest read, “Why Does OSU Only Uphold the Safety of White Students?”

Devon Stith, a third-year student at the university, told the Lantern, “Even if, say, all Black people are afraid, scared, think white people are horrible people and are raising all their children to not speak to white people, avoid white people, everything like that, that’s not going to affect the white community’s success in life in this country. They’re not going to be hurt by our rhetoric. But, on the flip side, we have been and will continue to be hurt as long as their rhetoric is destructive.”

Further, a campus-based group, Student Solidarity at OSU, insisted that the crime was not a hate crime, because such attacks “are not based on a history of violence & oppression towards white people.”

In a Twitter statement, the group wrote, “Last Thursday, @OhioState sent out an irresponsible ‘public safety notice’ that claimed OSU students were the victims of a ‘hate crime.’ The email identified the alleged attackers as black, while failing to mention that the victims were white. This is unacceptable.”

The group added, “The details of this incident that were shared in OSU’s public safety notice do not meet the legal definition of a hate crime. To refer to it as such solely because the alleged perpetrators used a ‘racial slur’ is illogical.”

The group added, “‘Racial slurs’ referring to white people are not based on a history of violence & oppression towards white people. Using this ‘slur’ does not have the same violent, racist implications as a white person saying the n-word, for example, nor does it make this incident a hate crime.”

“Racial slurs” referring to White people are not based on a history of violence & oppression towards White people.… https://t.co/ntloyy1ikI

The group pointed out that it was the very first time the school considered a black-on-white crime a “hate crime.”

“We all know about the many, many acts of racially-motivated discrimination and violence towards BIPOC students that have taken place throughout OSU’s past and present. Yet, this appears to be the first time that OSU has issued a public safety notice about a ‘hate crime,'” the group insisted.

Further, the group insisted, “The fact that OSU chose THIS incident as its first reported ‘hate crime’ is telling.”

“It is rooted in the false narrative of ‘black-on-white’ crime that white supremacists use to vilify the black community and justify their racism,” the group’s tweet added.

The fact that OSU chose THIS incident as its first reported “hate crime” is telling. It is rooted in the false narr… https://t.co/z2E5HfJI8r