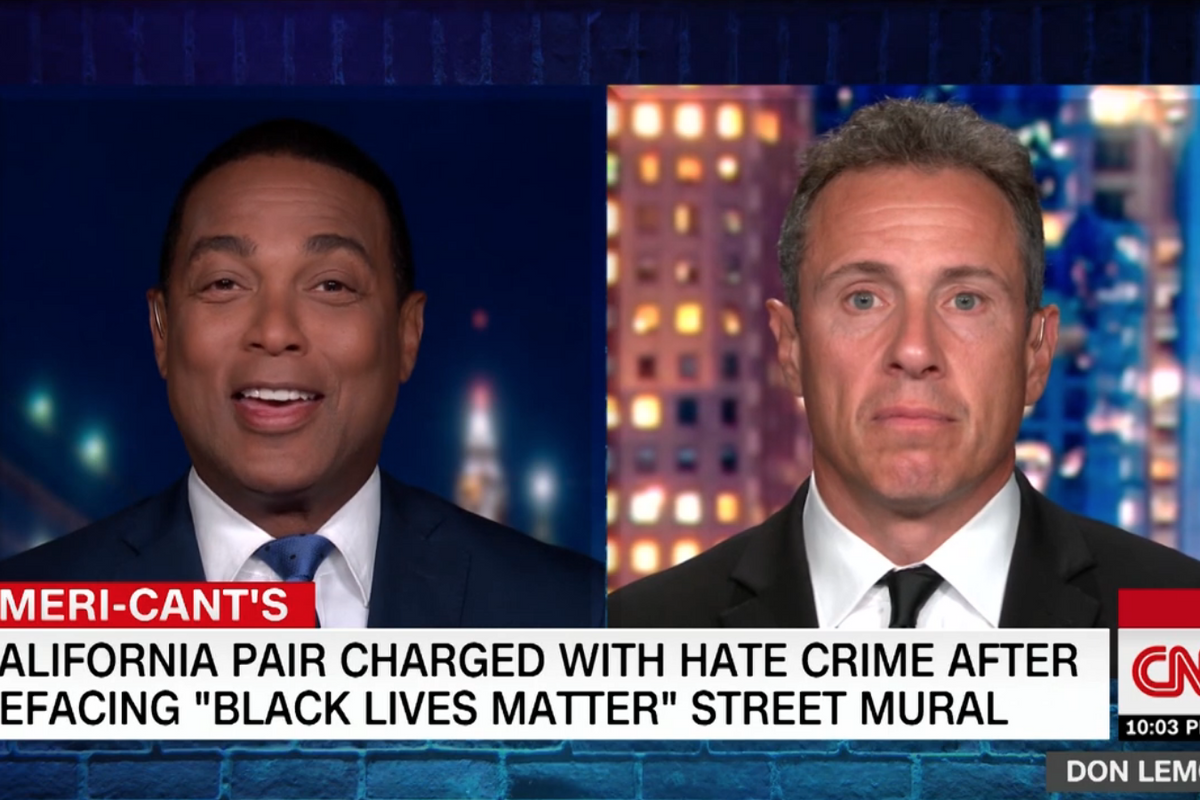 CNN anchor Don Lemon suggested putting former President Barack Obama “front and center” on Mount Rushmore as a way of solving the controversy around monuments in America and around racism in general.

Lemon made the suggestion Tuesday night on CNN during a wide-ranging discussion with fellow network anchor Chris Cuomo about race relations in America and the recent left-wing movement to remove or vandalize monuments and statues of prominent Americans.

The conversation started with Cuomo and Lemon reacting to news that a California couple was charged with a hate crime for painting over a city of Martinez-approved “Black Lives Matter” mural.

Lemon attempted to characterize the “right wing [media] machine” messaging that drove the couple to paint over the mural, saying, “They kick in with ‘Democratic cities are in chaos right now — is this what you want from Joe Biden? And they’re gonna take your country away and they’re taking down the statues. Crime is rising as they defund police.'”

“And the people who you saw there … fall for it,” Lemon added. “They fall for it. That’s why they do things like what they did.”

“They want to paint over signs and they think it’s ‘our country.’ ‘This is the country that we built,'” he continued. “Even though a rich diversity of people helped to build this country, and many of us — meaning our ancestors — for free, did not get paid for it, could not get an education, could not build wealth, are not on statues, Confederate or otherwise, are not on Mount Rushmore.”

Here’s the money quote: “I think, listen … if they are going to put someone on Mount Rushmore, considering the history of this country, the first black president should be front and center.”

At that point Cuomo chimed in, saying, “Add to Mount Rushmore. I think that’s first of all, it’s a more salable idea than the idea of taking away Founding Fathers.”

Lemon then continued his argument: “So what’s wrong with all of us together thinking or reshaping our country so that more people rethinking our country in the way we think and where our priorities are so that this country … it belongs to everyone.”

“Nothing is wrong with it,” Cuomo bluntly stated.

Lemon said: “Maybe some of the people up there on Mount Rushmore, who knows? … The name shouldn’t be Mount Rushmore if you talk to Native Americans. They say it is stolen land. It was only Mount Rushmore 40 years before they started to carve presidents’ faces in it. No one got any money for that.”

“You’re totally right. The premise is where we’re gonna have to work towards, which is if we all decide. It’s about consensus and collective consciousness,” Cuomo concluded.