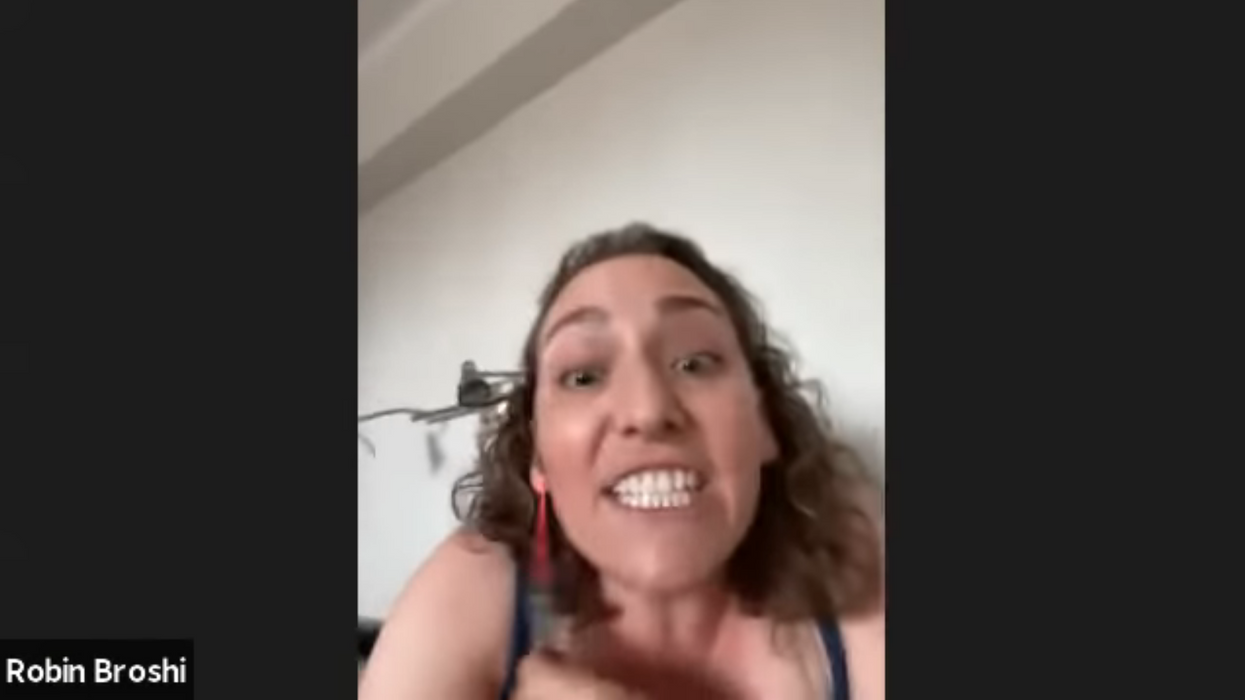 A New York City Community Education Council video conference devolved into a parody of woke politics recently as virtue-signaling members presiding over some of Manhattan’s wealthiest neighborhoods elected to insult and lecture each other on white supremacy for 90 arduous minutes rather than discuss their children’s education.

The highlight of the already-tense meeting was a shouting match between two members over whether one member — himself a white male — was “racist” for daring to hold his friend’s black infant nephew on his lap during a previous meeting.

The accused member, Thomas Wrocklage, demanded that his accuser, Robin Broshi, explain how his actions were inappropriate.

These are the people responsible for educating your children. https://t.co/49yuvjSxol

“It hurts people when they see a white man bouncing a brown baby on their lap and they don’t know the context,” Broshi charged. “That is harmful! That makes people cry. That makes people log out of our meetings.”

Despite the outrageousness of her comments, no other council members chose to interject.

Amazingly, Broshi had already been scolded earlier in the meeting for insulting the wokeness of another member. After facing backlash, she acknowledged, “I have 40-plus years of white supremacy I need to undo.”

But apparently her own personal white guilt didn’t stop her from tearing into Wrocklage.

What’s ironic about the June 29 meeting, posted to the council’s Manhattan District 2 YouTube channel, is that one of its primary goals was to address the dysfunction and division regularly taking place at the meetings.

It’s safe to say that agenda item will need to be revisited.

Commenting on the entirety of the meeting, the Atlantic’s Conor Friedersdorf wrote that “it’s too long and tedious to be a parody but it could hardly be more outlandish if it was.”

Almost nothing that could conceivably help any school or school child gets done… because they spend almost the wh… https://t.co/BP2Fu2sU2W

He added that nothing discussed in the meeting “could conceivably help any school or school child” because nearly the whole 90 minutes was spent “in an absurd struggle session accusing one another of microaggressions & demanding apologies of one another.”

“Unforgivable amounts of time are spent arguing about whether it was racist for one white guy to briefly hold his friend’s baby of color on his lap while on Zoom during the prior meeting,” Friedersdorf adds in another tweet.

Finally, toward the very end, a few of the more “conflict-averse” members chime in with some sanity, pleading for unity so that work can be done on behalf of the children.

But alas, at that point it was too little too late.

You can watch the whole meeting below, if you can stomach it: