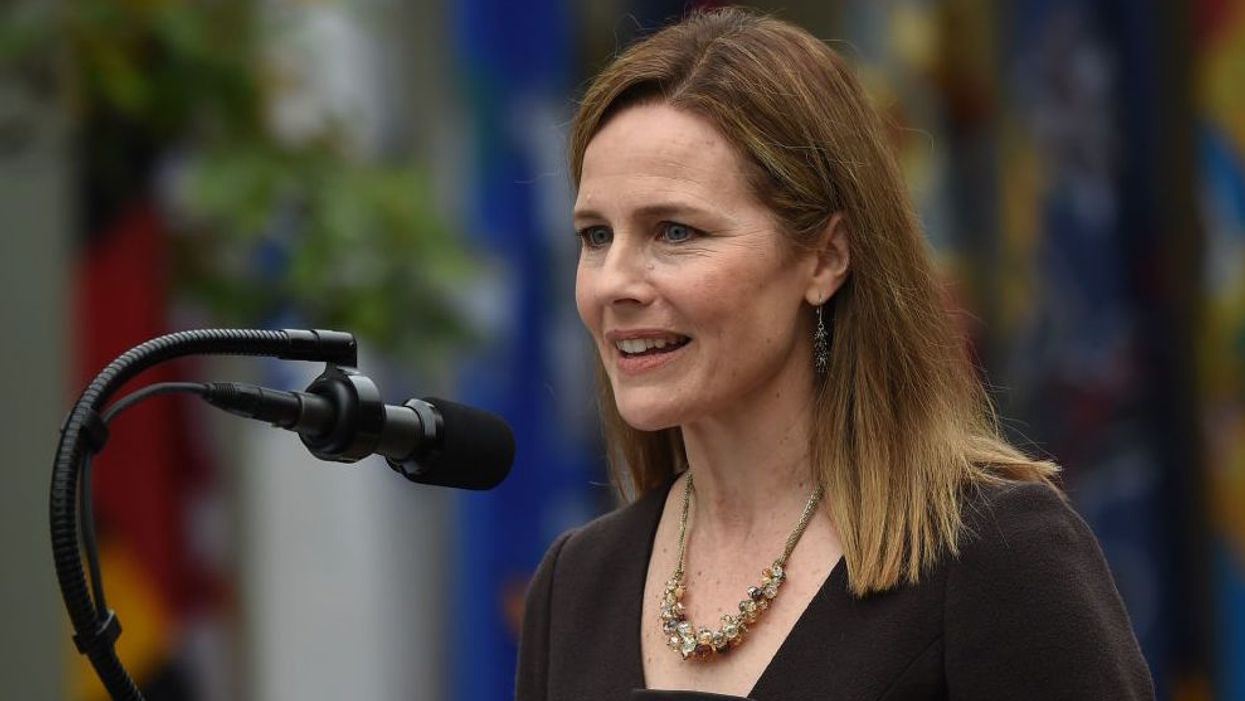 Harvard Law School professor Noah Feldman is a constitutional scholar and self-described liberal who testified during President Donald Trump’s impeachment hearings that Trump was guilty of “impeachable high crimes and misdemeanors by corruptly abusing the office of the presidency.”

But even Feldman believes Amy Coney Barrett deserves to be a Supreme Court justice.

What did Feldman say?

Writing in an essay for Bloomberg, Feldman said he was “devastated” by Ruth Bader Ginsburg’s death and “revolted by the hypocrisy of Senate Majority Leader Mitch McConnell.”

But, Feldman explained, his personal missives do not remove the fact that Barrett is “highly qualified” to serve on the Supreme Court.

“Yet these political judgments need to be distinguished from a separate question: what to think about Judge Amy Coney Barrett,” Feldman wrote. “And here I want to be extremely clear. Regardless of what you or I may think of the circumstances of this nomination, Barrett is highly qualified to serve on the Supreme Court.”

In fact, Feldman acknowledged that he disagrees with much of Barrett’s judicial philosophy — but even that fact does not disqualify her.

“I disagree with much of her judicial philosophy and expect to disagree with many, maybe even most of her future votes and opinions. Yet despite this disagreement, I know her to be a brilliant and conscientious lawyer who will analyze and decide cases in good faith, applying the jurisprudential principles to which she is committed. Those are the basic criteria for being a good justice. Barrett meets and exceeds them,” he explained.

Feldman went on to say:

[A] Republican is president, and the Senate is Republican. Elections have consequences, and so do justices’ decisions about when or whether to retire. Trump is almost certainly going to get his pick confirmed. Given that reality, it is better for the republic to have a principled, brilliant lawyer on the bench than a weaker candidate. That’s Barrett.

To add to her merits, Barrett is a sincere, lovely person. I never heard her utter a word that wasn’t thoughtful and kind — including in the heat of real disagreement about important subjects. She will be an ideal colleague. I don’t really believe in “judicial temperament,” because some of the greatest justices were irascible, difficult and mercurial. But if you do believe in an ideal judicial temperament of calm and decorum, rest assured that Barrett has it.

“This combination of smart and nice will be scary for liberals,” he added.

Regarding Barrett’s devout Catholic faith, which some of those opposed to Barrett have claimed disqualifies her from serving on the Supreme Court, Feldman said Barrett’s critics could not be more wrong.

“Barrett is also a profoundly conservative thinker and a deeply committed Catholic. What of it? Constitutional interpretation draws on the full resources of the human mind. These beliefs should not be treated as disqualifying,” Feldman said. “We have a Supreme Court nominee who is a brilliant lawyer, a genuine and good person — and someone who holds views about how to interpret the law that I think are wrong and, in certain respects, misguided. I hope the senators at her hearing treat her with respect.”

In the end, Feldman wrote that Barrett’s likely confirmation is a consequence of Democrats losing elections.

“And when she is confirmed, I am going to accept it as the consequence of the constitutional rules we have and the choices we collectively and individually have made. And I’m going to be confident that Barrett is going to be a good justice, maybe even a great one — even if I disagree with her all the way,” Feldman wrote.

Senate Majority Leader Mitch McConnell announced last week that he has enough support to confirm Barrett, meaning her confirmation will shift the ideological makeup of the Supreme Court for the foreseeable future.

Once Barrett is confirmed, conservative-leaning justices will hold a 6-3 majority on the court.