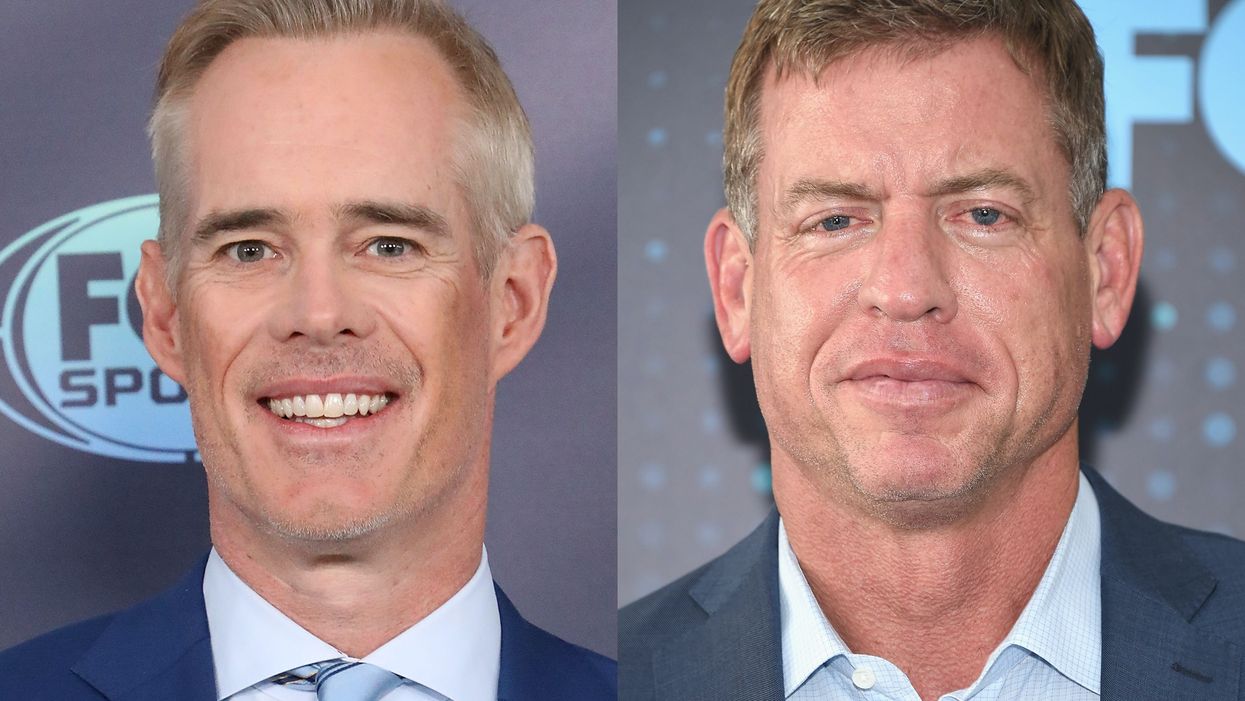 NFL announcers were caught ridiculing a military flyover before a game Sunday and they are facing the angry backlash online.

Former Dallas Cowboys quarterback Troy Aikman and longtime announcer Joe Buck were awaiting for the game between the Tampa Bay Buccaneers and the Green Bay Packers when they made the comments.

“That’s a lot of jet fuel just to do a little flyover,” Aikman said.

“That’s your hard-earned money and your tax dollars at work!” joked Buck.

The interaction was published by Defector media, which claimed that they were tipped off about the interaction.

Even Joe Buck and Troy Aikman find pregame flyovers to be a little much these days: https://t.co/0IZL6GhmZy https://t.co/G4EpB3SYtN

Many on social media were outraged about comments and they excoriated the pair for what they considered to be an insult to the military.

“Both Of You Are A Disgrace. #Pathetic,” responded Code of Vets, a charity for military veterans.

“Hey @TroyAikman You didn’t have a problem with military flyovers over your 27th Superbowl game! You had a big smile on your face! So now you think it is a waste and a joke? You are a weak spineless sell out to the nation! What a disgrace!” they added in a second tweet.

“Could the @NFL and Democrats be MORE unlikable and unAmerican?” tweeted Jenna Ellis, a lawyer of the Trump campaign.

“Thank you Joe Buck and Troy Aikman for showing us the way to a better future. If only we stop the jet fuel. You know what else is a waste of jet fuel? Joe Biden flying somewhere to talk to 7 people,” tweeted commentator Carmine Sabia.

Others welcomed the comments as a signal that the pair were supportive of the Democratic presidential ticket just ahead of Election Day.

The controversial comments are likely to worsen the NFL’s public relations nightmare over players kneeling during the national anthem for the Black Lives Matter movement. This season, the NFL decided to embrace politics and allow players to express their support for left-wing political causes on the field.

Here’s more about the social justice awakening of the NFL: