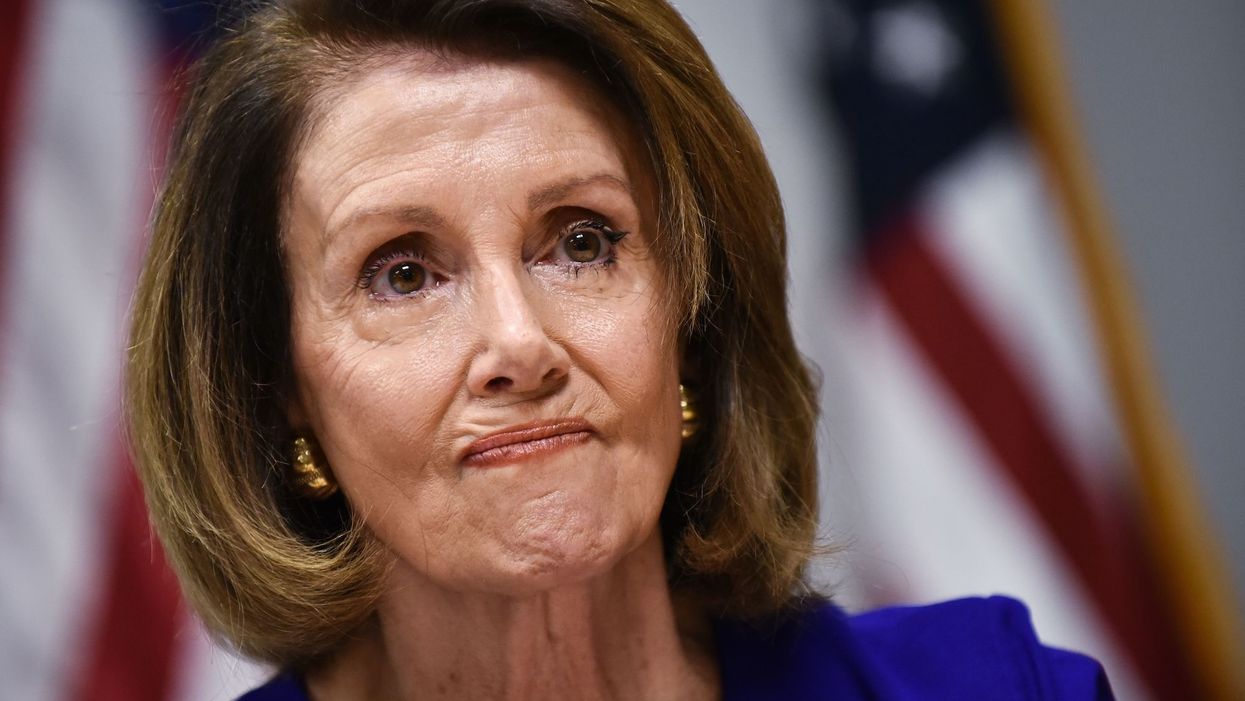 House Speaker Nancy Pelosi (D-Calif.) was criticized heavily online after she offered a dismissive statement on mobs vandalizing and tearing down historical statues.

Pelosi indicated that she didn’t disapprove of the illegal vandalism of statues in a media briefing on Thursday. She was asked about a statue of Columbus that was thrown into Baltimore harbor by protesters.

“I think that it’s up to the communities to decide what statues that they want to see,” she added. “If the community doesn’t want the statue there, the statue shouldn’t be there.”

Pelosi went on to say that the vandalism against the statue of Columbus didn’t diminish her pride in her Italian heritage.

“I don’t care that much about statues,” she added.

When asked if it would be better if there were a formal process where a community could be involved in the political decision to tear down a statue, Pelosi appeared to be dismissive about the suggestion.

“People will do what they do,” she replied, before adding that from a “safety standpoint” it might be better if the city was involved in the tearing down of statues.

Critics of Pelosi circulated videos of her comments on social media.

“The House Speaker who runs the House of Representatives is encouraging mobs to tear down statues in our cities,” said commentator Robby Starbuck.

Nancy Pelosi refuses to denounce mobs tearing down statues and instead says “people will do what they do.”

“This is a failure by @SpeakerPelosi. The destructive mobs vandalizing statues and destroying public property need to be condemned, not ignored. There is a legal, civil process for putting up and removing statues. That is what makes us a democracy, not a violent anarchy,” replied Rep. Tim Burchett (R-Tenn.).

“The Left is encouraging lawlessness and mob rule. It’s time these vandals are held accountable to the rule of law,” responded the account for Young America’s Foundation.

Protesters used the outrage over the death of George Floyd in police custody to justify mobs tearing down statues of historical figures of the confederacy, and then moved on to target all historical statues.


Pelosi responds to Columbus statue thrown in Baltimore harbor: “People will do what they do”