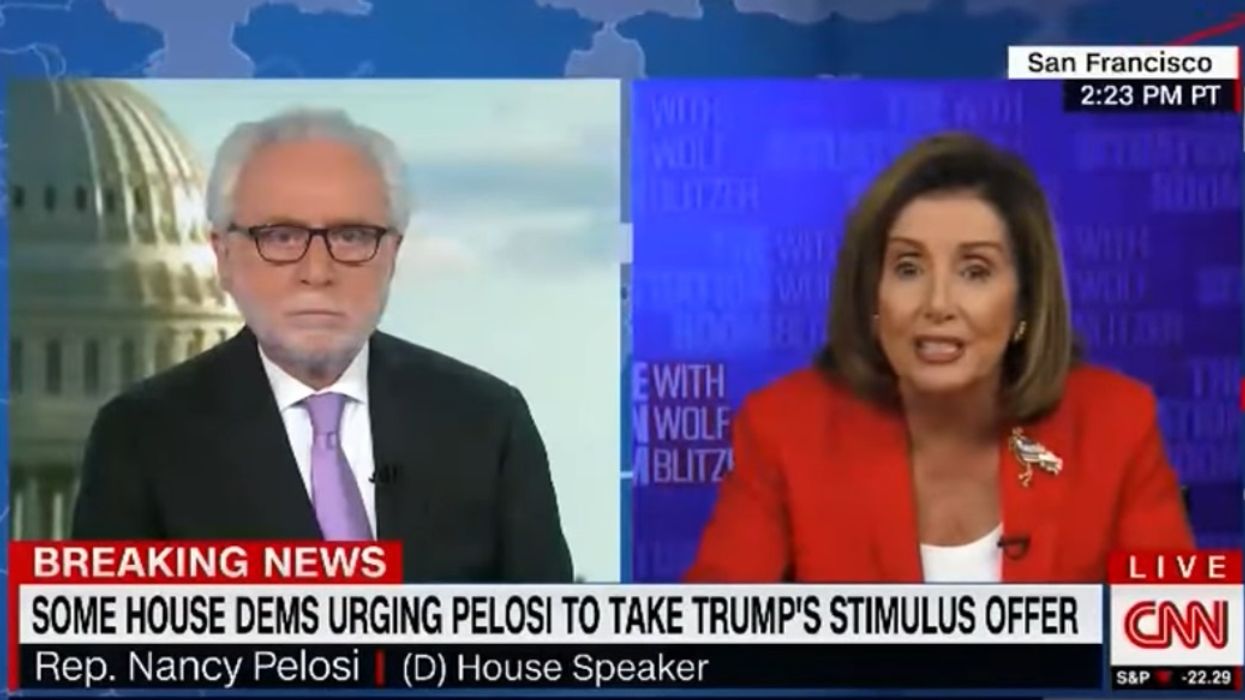 On the radio program Wednesday, Glenn Beck blasted Pelosi for what he called just the latest example of the left talking down to the American people or anyone who disagrees with them.

Glenn discussed a particular segment of the CNN interview, in which Blitzer asks Pelosi about “the millions of Americans who can’t put food on their table, who can’t pay the rent —.”

Pelosi interrupted Blitzer to repeat the phrase, “And we represent them” over and over, before sarcastically adding, “Thank you for your sensitivity to our constituents’ needs.”

“I am sensitive to them,” Blitzer shot back. “Because I see them on the street, begging for food, begging for money. Madam Speaker, thank you so much —.”

Glenn pointed out that the “we” in Pelosi’s sanctimonious claim is actually the American taxpayers. He also noted the similarities between the way Pelosi treated Blitzer, and the way vice presidential nominee Kamala Harris treated Vice President Mike Pence during last week’s debate.

“It really tells you an awful lot about who these people are and how they treat anyone who dares cross them,” Glenn said. “It’s obscene. What was that? What was she doing to Wolf Blitzer? Exactly what Kamala Harris was doing to Mike Pence: Talking down to him because they disagree … talking down to him and down to the American people.”

Watch the video clip below: 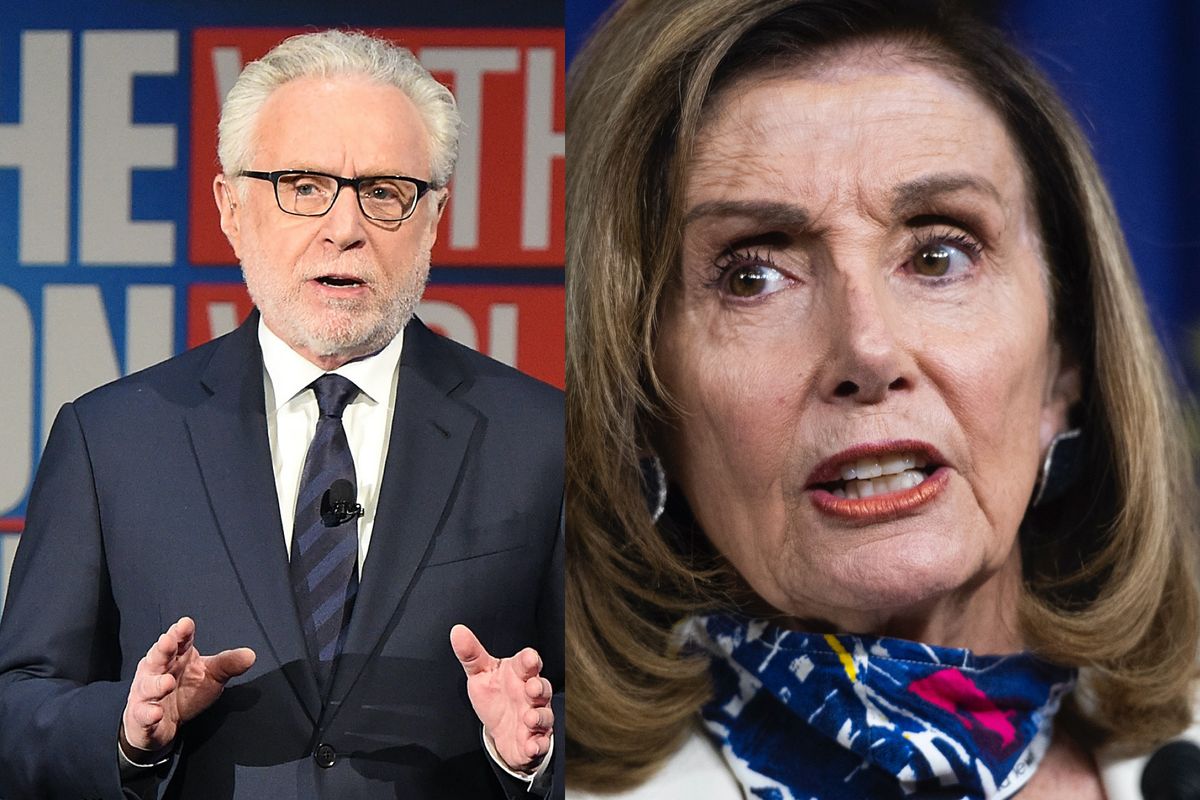 House Speaker Nancy Pelosi (D-Calif.) had a full blown melt down on CNN after anchor Wolf Blitzer pressured her on securing a deal for coronavirus relief for the American people.

Blitzer asked Pelosi to respond to a tweet from her Democratic colleague, Rep. Ro Khanna (D-Calif.), about the failed negotiations between Republicans and Democrats to pass another relief bill.

“78 million can’t afford normal expenses. 40 million are at risk of eviction. 8 million small businesses might close forever. Dems can’t wait for the perfect deal. We have a moral obligation to get folks relief, now,” said Khanna in his statement.

40 million are at risk of eviction.

Pelosi angrily criticized Blitzer for bringing up complaints from Khanna and others who she said had no idea about the negotiations.

“I didn’t come over here to have, so you’re the apologist for the Obama, excuse me, God forbid,” said Pelosi, clearly flustered.

“Madame Speaker, I’m not the apologist, I’m asking you serious questions because so many people are in desperate need right now,” responded Blitzer.

Blitzer went on to ask why Pelosi hadn’t talked directly to President Donald Trump about the negotiations.

“If the plural of anecdote is not data, yes there are some people who said this or that, overhlwemingly my caucus wants what’s right for the American people,” she added. “So do a service to the issue, and have some level of respect for the people who have worked on these issues, written the bill to begin with!”

The interview continued combatively until Pelosi accused Blitzer of being disrespectful to Democrats.

“You evidently do not respect the chairmen of the committees who wrote this bill, and I wish you would respect the knowledge that goes into, getting, uh, meeting the needs of the American people. But again, you’ve been on [unintelligible] defending the administration all this time with no knowledge of the difference between our two bills, and I think you for giving me the opportunity to say that to you in person,” said Pelosi, smiling sarcastically.

Blitzer tried to close out the segment, but Pelosi kept interrupting and scolding him.

Here’s the video of Pelosi’s melt down:


Nancy Pelosi loses it during interview with CNN’s Wolf Blitzer