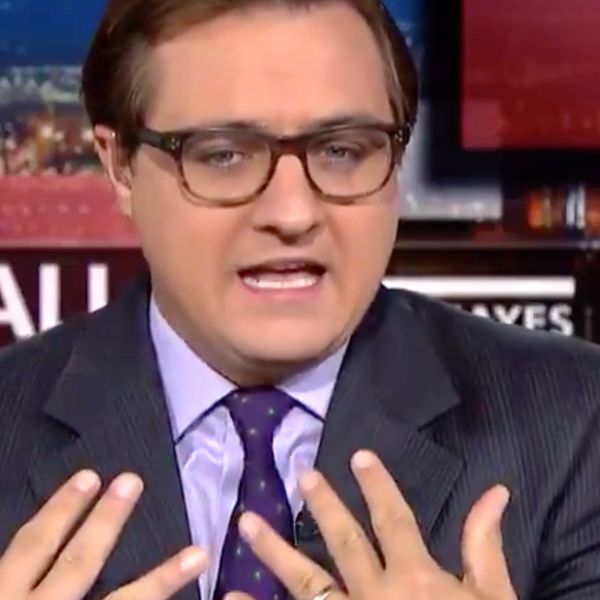 MSNBC’s Chris Hayes appeared exasperated at why House Speaker Nancy Pelosi (D-Calif.) was stalling on a deal on coronavirus relief.

Hayes made the comments in a question to Senate Minority Leader Chuck Schumer (D-N.Y.) on his show Tuesday.

“The president is all over the place, and doesn’t have the attention span to concentrate on this for more than five minutes,” said Hayes.

“[Senate Majority Leader] Mitch McConnell (R-Ky.)’s caucus hates the idea of passing a big rescue bill, and the House wants one, but the thing I can’t quite understand is that it seemed like there was a tentative deal at say $1.8 trillion between the White House and [Treasury Secretary Steve] Mnuchin and the speaker,” Hayes continued.

“And the speaker was on CNN today saying no, that’s not good enough, and that strikes a lot of people as a little nuts like, if that were the deal, wouldn’t you all take it?” he asked.

“First of all the $1.8 is not really the $1.8 that meets America’s needs. As she said, it contains all sorts of giveaways so the president can just give away money and leaves out huge numbers of things that are needed to help people,” claimed Schumer.

Hayes was referring to a combative interview where Pelosi angrily berated CNN host Wolf Blitzer for pressuring her on the relief bill negotiations.

Blitzer demanded to know why the speaker had not personally spoke to President Donald Trump to further the relief negotiations along, but Pelosi became very belligerent and accused Blitzer of being an “apologist” for the Republicans.

Critics of the president have accused him of also mucking up the progress on a bill after he announced that he would be pulling out of negotiations with the Democrats until after the election. Three days later he relented and said that not only would he seek a relief bill before the election but that he wanted one bigger than the one the Democrats were seeking, and bigger than the one that congressional Republicans were seeking.

Here’s the video of Hayes’ incredulity:

“It contains all sorts of giveaways, so the president can just give away money, and leaves out huge numbers of thin… https://t.co/epH7LNgRAw