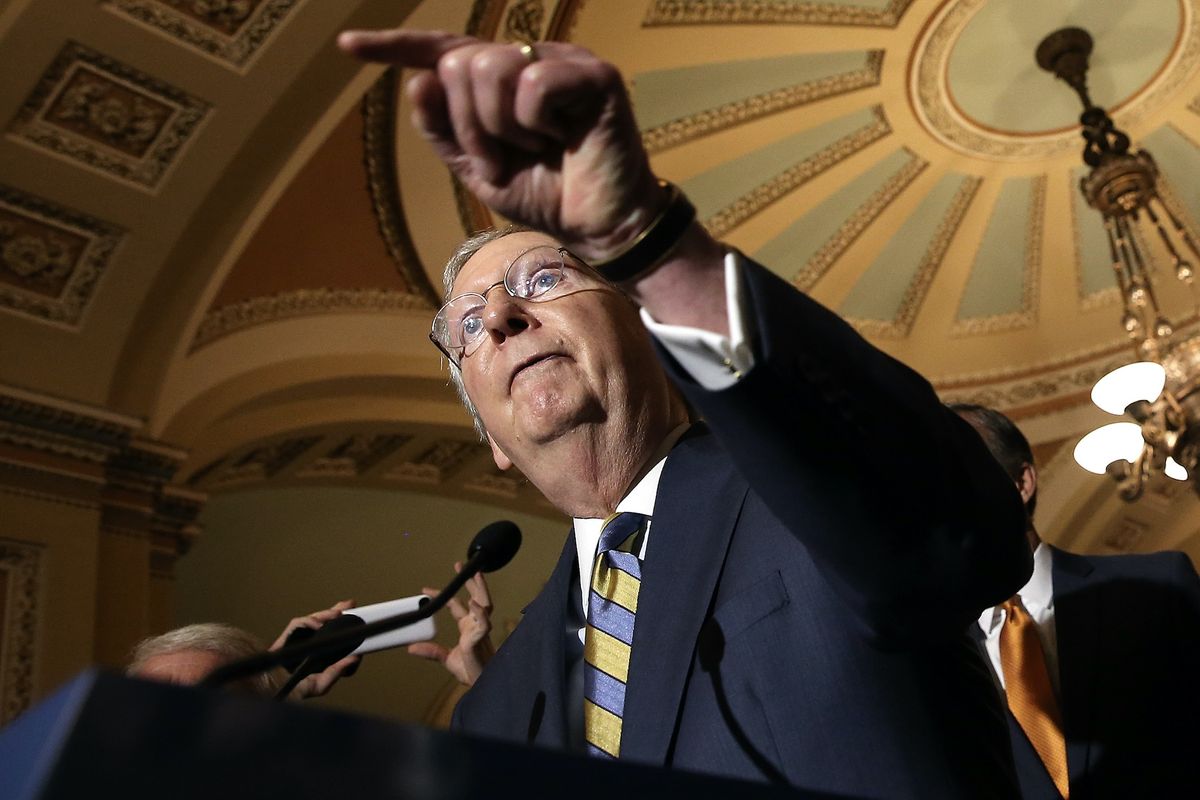 McConnell addressed the demands from the other side of the aisle in a speech Monday on the Senate floor.

“The president has every right to look into allegations and to request recounts under the law and notably the Constitution gives no role in this process to wealthy media corporations. The projections and commentary of the press do not get veto power over the legal rights of any citizen, including the president of the United States,” McConnell said.

“Let’s not have any lectures, no lectures, about how the president should immediately, cheerfully accept preliminary election results from the same characters who just spent four years refusing to accept the validity of the last election and who insinuated that this one would be illegitimate too if they lost again — only if they lost,” he continued.

Democrats have accused the president of ignoring the results of the election after most national media outlets declared former Vice President Joe Biden the victor. The president has claimed numerous times that he has won the election and that the Democrats are committing voter fraud to steal the election.

McConnell went on to say the process was proceeding as it was intended.

“Our institutions are actually built for this. We have the system in place to consider concerns and President Trump is 100 percent within his rights to look into allegations of irregularities and weigh his legal options,” McConnell said.

The Senate majority leader went on to remind Democrats about the comments from former presidential candidate Hillary Clinton, who publicly advised Biden to not concede if the election results didn’t go his way.

“A few legal inquiries from the president do not exactly spell the end of the republic,” he added.

McConnell also pointed out that the election appeared to be completely free of any significant foreign intervention in the U.S. election.

Here’s video of McConnell’s speech on the Senate floor:


McConnell on Elections: “We Respect the Rule of Law and Trust Our Institutions”