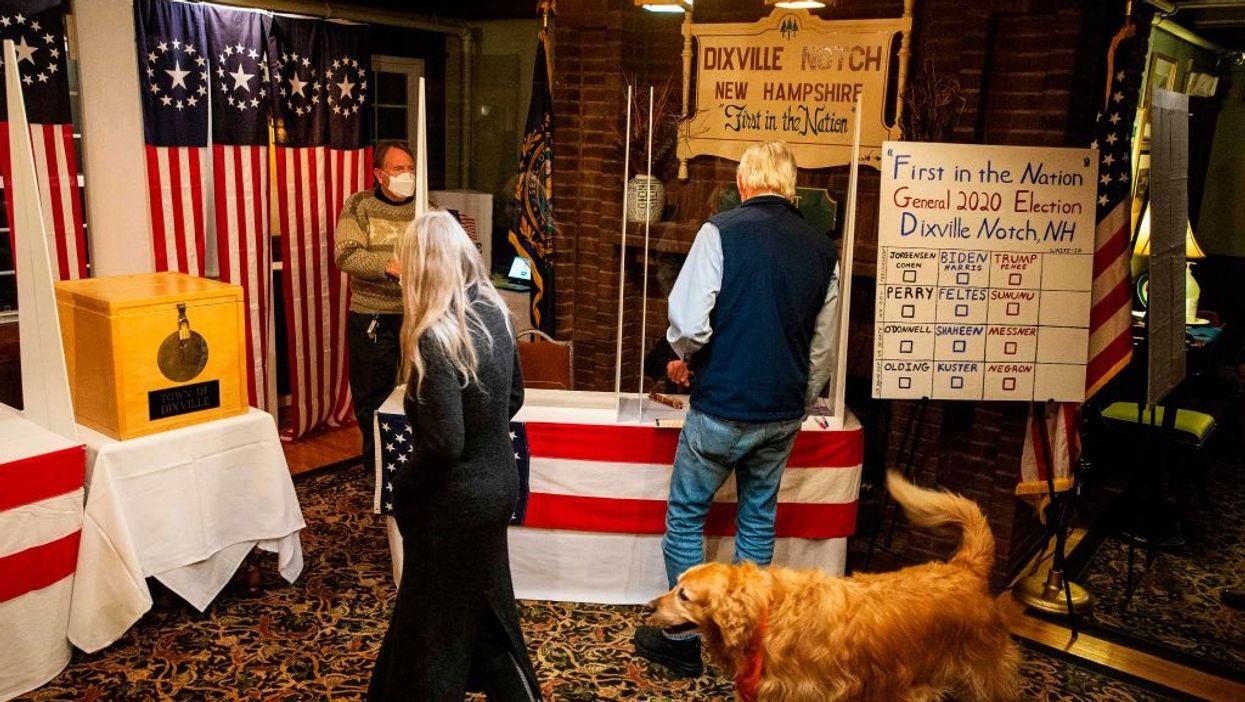 The first election results in the nation are in from two tiny New Hampshire towns that, by tradition, cast their ballots at the stroke of midnight.

New Hampshire state law permits any town with fewer than a hundred votes to hold a vote at midnight as long as every voter in town votes.

In the town of Dixville Notch, just south of the Canadian border, former Vice President Joe Biden won the unanimous support of five voters, the Associated Press reports. Biden is the first candidate to sweep the town’s small number of votes since the midnight ballot-casting tradition began in November 1960. Celebrations for the 60th anniversary were unfortunately unable to come together because of the coronavirus pandemic.

Just 12 miles to the south, President Donald Trump won the town of Millsfield in a landslide vote of 16-5. A third town that traditionally casts ballots at midnight, Hart’s Location, canceled the tradition this year because of COVID-19. The town will instead vote from 11 a.m. to 7 p.m. According to the Associated Press, the tradition of midnight voting began in 1948 in the town of White Mountains to accommodate railroad workers who needed to go to work before normal voting hours.

Dixville Notch went for Hillary Clinton in 2016, and Millsfield voted for Trump. In Millsfield, 16 of the town’s 21 voters supported Trump, four voted for Clinton, and one wrote in Bernie Sanders. The small elections are often used as bellwethers for how the rest of the country will vote, with varying results.

In 2016, Hillary Clinton barely won New Hampshire by fewer than 3,000 votes. 2020 Battleground state polling has shown Biden leading Trump in the Granite State by about 10 points. But both state Democrats and Republicans say they aren’t relying on the polling to predict the outcome of the election.

“I’m not relying on the polls,” Democrat Paul O’Connor of Portsmouth told WBTS-TV. “If we do that then we are complacent and we are at risk of losing.”

“Anybody can manipulate a poll. Let’s be real here,” he said. He predicted Trump would outperform his 2016 vote totals and put “a lot of pollsters out of work.”

“It’s hard to explain that energy, it really is,” Doucette said.