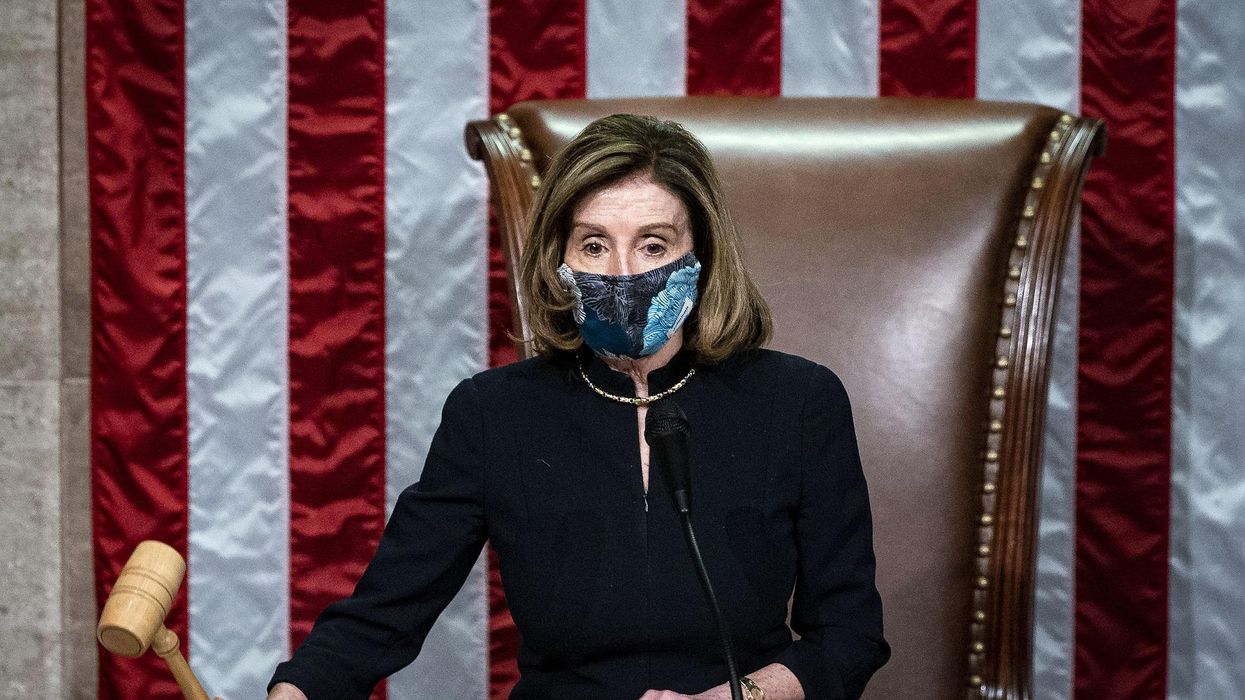 House Speaker Nancy Pelosi (D-Calif.) announced Wednesday that the House will be considering a new rule that would impose hefty fines on lawmakers who refuse to comply with the added security measures put in place yesterday, after several Republican members dodged new metal detectors placed outside the chamber.

A number of GOP members were reportedly “furious” on Tuesday when they approached the House chamber and discovered they would need to pass through metal detectors manned by U.S. Capitol police officers in order to gain entry.

Rep. Lauren Boebert (R-Colo.), made headlines earlier this month about bringing her own firearm into work, was the first to make waves with her refusal to comply with officers searching her bag before entry.

Congresswoman Debbie Lesko (R-Ariz.) reacted to the new security checkpoints by tweeting, “For members of Congress to enter the floor of the U.S. House, we now have to go through intense security measures, on top of the security we already go through. These new provisions include searches and being wanded like criminals. We now live in [Nancy] Pelosi’s communist America!”

The Hill reported that “ultimately, roughly 10 lawmakers were seen bypassing the detectors and walking into the chamber, raising questions as to the devices’ efficacy, particularly given officers’ hesitancy to restrain House members.”

Following Wednesday’s session where the House voted to impeach President Donald Trump for a second time, Pelosi revealed her plan to remedy GOP resistance to the metal detectors: a new rule to be considered by the Democrat-controlled chamber that would make noncompliance a costly protest.

The speaker said in a statement, “On behalf of the House, I express my deepest gratitude to the U.S. Capitol Police for the valor that they showed during the deadly insurrection on the Capitol, as they protected the lives of the staff and the Congress.”

“Sadly, just days later, many House Republicans have disrespected our heroes by verbally abusing them and refusing to adhere to basic precautions keeping members of our Congressional community, including the Capitol Police, safe,” she continued. “The House will soon move forward with a rule change imposing fines on those who refuse to abide by these protections. The fine for the first offense will be $5,000 and $10,000 for the second offense. The fines will be deducted directly from Members’ salaries by the Chief Administrative Officer.”

She concluded, “It is tragic that this step is necessary, but the Chamber of the People’s House must and will be safe.” 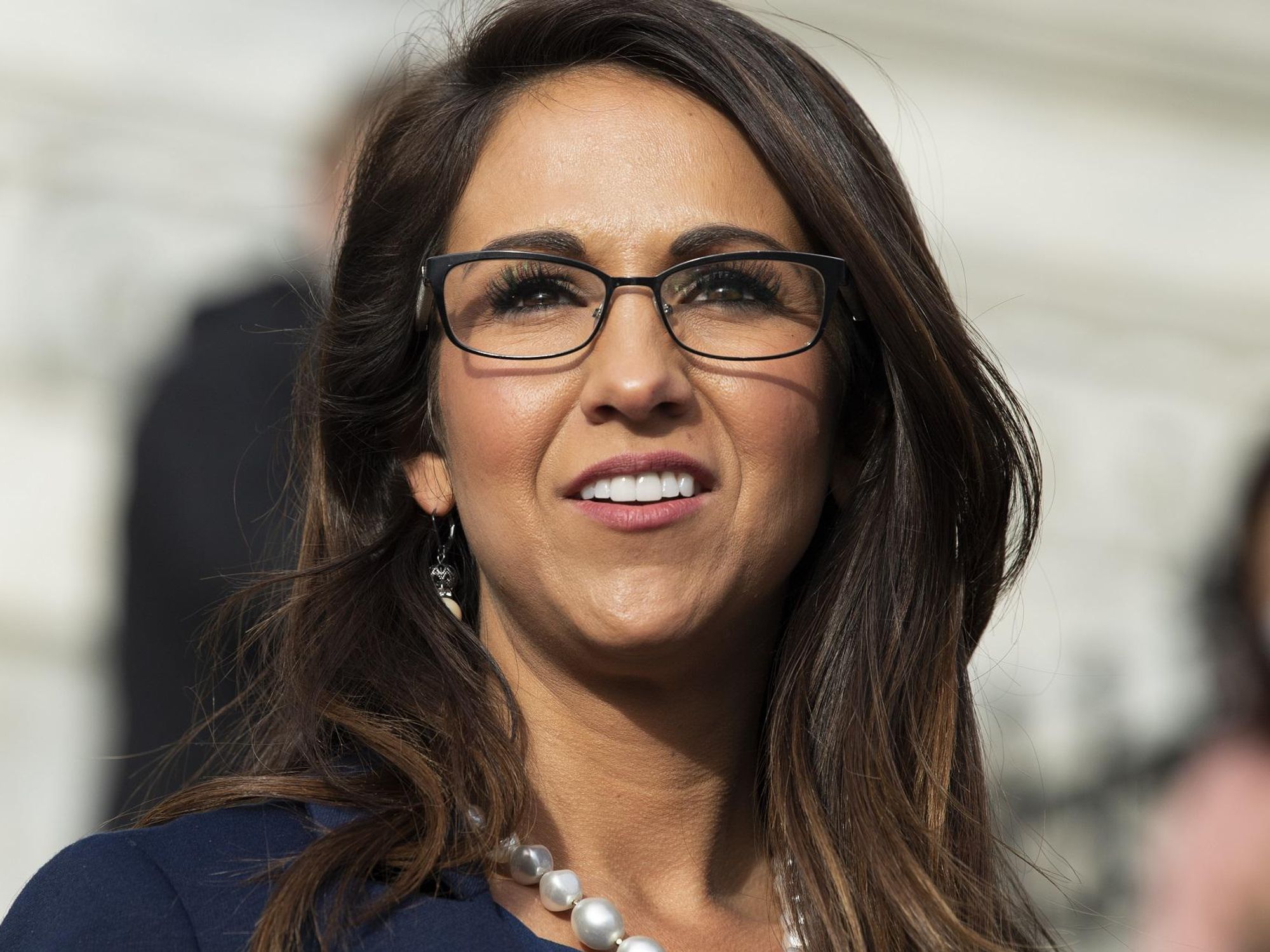 Several House Republicans are reportedly “furious” that they now have to pass through metal detectors before entering the lower chamber. The extra security measure was added in response to last week’s deadly attack on the Capitol building by a pro-Trump mob.

NBC News correspondent Leigh Ann Caldwell tweeted Tuesday afternoon, “I never thought I’d see this. Metal detectors have been set up for members before they enter the House floor. A clear indication that Democratic leadership does not trust some right-wing House members.”

The reporter’s message included a picture of the new setup.

I never thought I’d see this.

Metal detectors have been set up for members before they enter the House floor.

The first Republican to resist was freshman Rep. Lauren Boebert (Colo.), who earlier this month made headlines about bringing her own firearm into work.

As TheBlaze previously reported, members of Congress may legally bring their guns into the Capitol building, but politicians are prohibited from carrying weapons into the House chamber.

According to CNN, Boebert ended up in a “standoff with Capitol Police at the newly installed Metal Detectors outside the chamber doors,” after she “refused to offer the bag over to be searched.”

Reporter Ryan Nobles reported that Boebert was “respectful but defiant,” and was eventually allowed to enter although it is unclear whether she agreed to comply with the search.

CNN’s Manu Raju tweeted later, “House GOP furious at new mags outside the chamber. Reps. Markwayne Mullin (Okla.) and Steve Womack (Ark.) erupted at Capitol Police as they were forced to go through the mags. Womack shouted ‘I was physically restrained!’ And Mullin said ‘it’s my constitutional right’ and ‘they cannot stop me.'”

MSNBC reported that “Republican Reps. [Louie] Gohmert, [Steve] Stivers, [Van] Taylor, Boebert, [Debbie] Lesko, and [Larry] Bucshon were among those seen not complying with police at added security checkpoints in the U.S. Capitol.”

Rep. Debbie Lesko (R-Ariz.) tweeted later, “For members of Congress to enter the floor of the U.S. House, we now have to go through intense security measures, on top of the security we already go through. These new provisions include searches and being wanded like criminals. We now live in [Nancy] Pelosi’s communist America!”

For members of Congress to enter the floor of the U.S. House, we now have to go through intense security measures,… https://t.co/3RIUN0Yflf

Boebert added, “I am legally permitted to carry my firearm in Washington, D.C. and within the Capitol complex. Metal detectors outside of the House would not have stopped the violence we saw last week — it’s just another political stunt by Speaker Pelosi.”

I am legally permitted to carry my firearm in Washington, D.C. and within the Capitol complex.