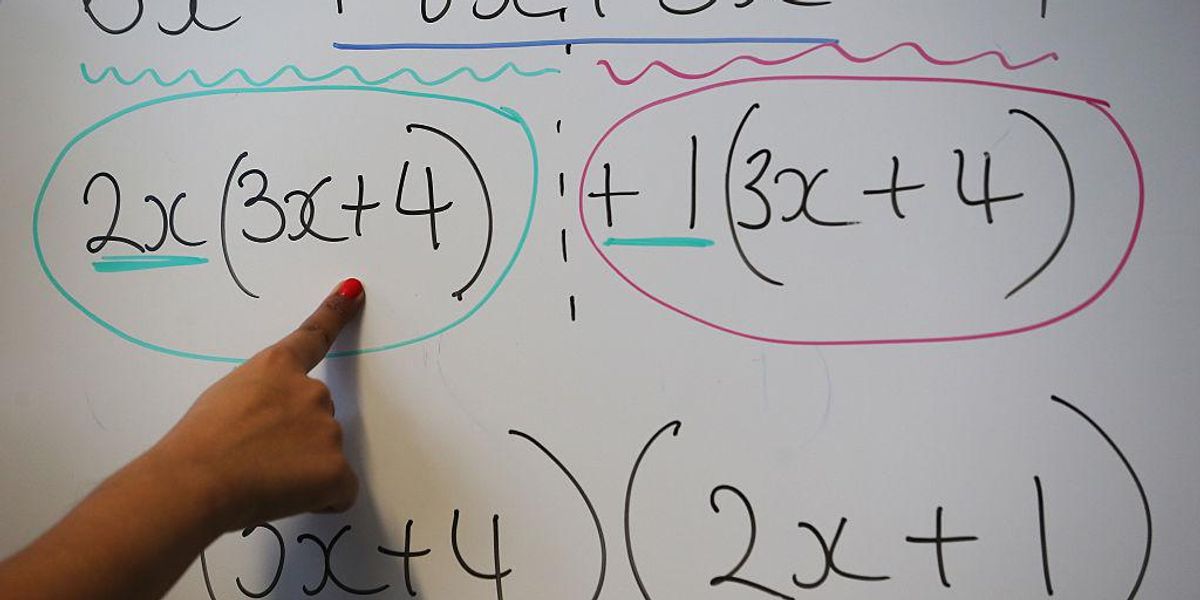 The California Department of Education is considering a new framework for teaching mathematics in the state that would appear to discourage naturally talented students from being placed in advanced math classes to combat “inequity.”

The draft framework, developed by the Instructional Quality Commission, states that the major obstacle for all California students to excel at math is a “history of exclusion and filtering” in the discipline that discourages girls and “black and brown” students from pursuing advanced mathematical studies.

“There persists a mentality that some people are ‘bad in math’ (or otherwise do not belong), and this mentality pervades many sources and at many levels,” the framework states.

The education department reasons that the way math is currently taught leads to unjust outcomes, namely that minorities and women are underrepresented in science, technology, engineering, and mathematical fields. The authors of this new framework “reject ideas of natural gifts and talents” in the belief that the very concept of natural talent in math creates inequities.

“The fixed mindset about mathematics ability reflected in these beliefs helps to explain the exclusionary role that mathematics plays in students’ opportunities, and leads to widespread inequities in the discipline of mathematics,” the commission says.

To correct this perceived injustice, the commission recommends keeping students with a natural talent for mathematics in the same classrooms as students who struggle with advanced math. The commission views encouraging some middle and high school students to take accelerated math classes beginning in eighth grade, with the goal of learning calculus in grade 12, as “misguided.”

“The inequity of mathematics tracking in California can be undone through a coordinated approach in grades 6-12,” the framework states. “Unfortunately, many students, parents, and teachers encourage acceleration beginning in grade eight (or sooner) because of mistaken beliefs that Calculus is an important high school goal.”

It goes on to say that “middle-school students are best served in heterogeneous classes.”

Encouraging students to “rush to calculus” is viewed as unnecessary and perhaps harmful because colleges and universities typically require students to retake those courses and students who fall behind may lose opportunities to be accepted into institutions of higher learning.

In the name of “equity,” teachers are strongly encouraged to focus on countering “racialized or gendered ideas about mathematics achievement.” The framework explicitly rejects taking a “color-blind” approach to mathematics. “The belief that ‘I treat everyone the same’ is insufficient: Active efforts in mathematics teaching are required in order to counter the cultural forces that have led to and continue to perpetuate current inequities.”

The framework is currently available for public review and comment before the IQC meets on May 19-20 to produce a second draft for review and revision.

In March, sending $1,200 stimulus checks to each and every American cost current and future taxpayers some $320bn, which is far less than what the federal government spends on many items that are far more wasteful. $600 stimulus checks would using the same mathematics, cost $160bn to the federal government. Even $2,000 checks would run something in the order of $530bn, which, in the big picture, is quite doable.

The Democrats were obviously on board with the idea of $2,000 checks, and now that Donald Trump is championing the notion that China is responsible for this unfortunate turn of events and Americans are victims of this financial upheaval, the $2,000 stimulus check package is becoming a battleground for passing legislation. 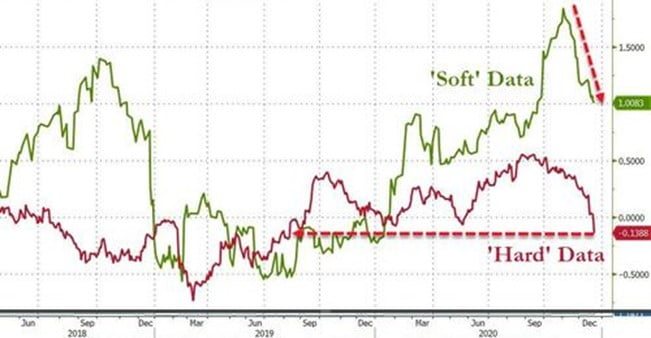 As you can see, the “Hard Data,” which is much more helpful at predicting market corrections, is nosediving. “Soft Data,” which is more volatile, is also cratering faster than imaginable, and we believe that it won’t take much for markets to endure a short-term hiccup.

We are very bullish, though, on the stock market. While there’s a ton of uncertainty out there, the time to be invested is now!

We’ve got major problems that are scaring big investors away. As they check off boxes in 2021, they’ll return with their deep pockets, but prices could be much higher.

Apart from a black swan event, which we personally can’t foresee (of course, no one can, by definition), there aren’t many bearish catalysts we can see.

Here are things that can cause volatility, fear, panic, and sell-offs going into 2021:

The biggest catalyst is the Georgia Senate election, which could put Democrats over the top and give them full control (a blue sweep if Biden is sworn in).

This will lead to speculation about excessive spending, a giant deficit, socialism, tax hikes, and who knows what else…

For now, let’s focus on Trump and on his ultimatum on Section 230 and its removal, which he attempted to tie with military funding and now with the $2,000 stimulus checks. Whether you voted for him or not, this strategy is certainly a genius negotiation tactic.

What the markets want to see is compromise, but the Democrats’ strategy might be to wait it out until early January, when Mike Pence has to count the electoral votes in Congress, and January 20th if there’s a formal transfer of power.

The $900bn bill is dead, in our opinion. President Trump wouldn’t call it a disgrace and ineffective on national TV only to ink it a few days later.

Will Congress be able to negotiate a new one in time? There are many moving parts; blood is in the streets for Main Street!

The post NO SACRED COWS: TRUMP SECTION 230 ULTIMATUM! first appeared on SHTF Plan – When It Hits The Fan, Don’t Say We Didn’t Warn You. 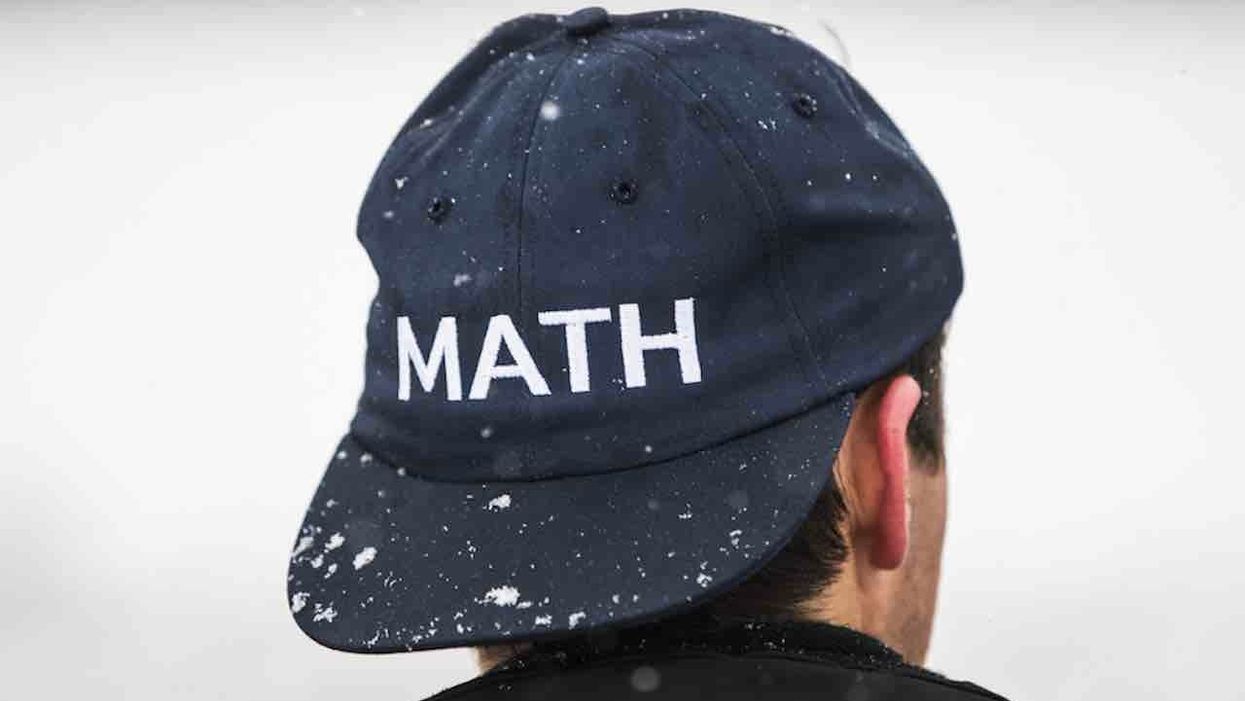 A math education professor said that using the phrase “2+2=4” to demonstrate the objectivity and neutrality of mathematics “reeks of white supremacist patriarchy.”

“The idea that math (or data) is culturally neutral or in any way objective is a MYTH,” Laurie Rubel of Brooklyn College tweeted a week ago. “I’m ready to move on with that understanding. who’s coming with me?”

She added in a subsequent tweet that “along with the ‘of course math is neutral because 2+2=4’ trope are the related (and creepy) ‘math is pure’ and ‘protect math,” and that it all “reeks of white supremacist patriarchy. I’d rather think on nurturing people & protecting the planet (with math in service of them goals).”

As you might guess, quite a number of folks were none too kind in responding to Rubel’s tweets:

And this person had a bit too much fun with the prof’s claims: “If there are 2 idiots in a room, and 2 more idiots walk in, there are still only 4 idiots present, not 5 math teachers.”

Not the first time

If Rubel’s stance sounds a bit familiar, it may be because she made some headlines a few years back with an academic paper arguing that rewards based on hard work are a “tool of whiteness” that oppresses minorities.

She added in her paper that in order to fix the problem teachers must incorporate social justice ideas into their lesson plans, a process she called “teaching for” social justice to lift up disadvantaged students.