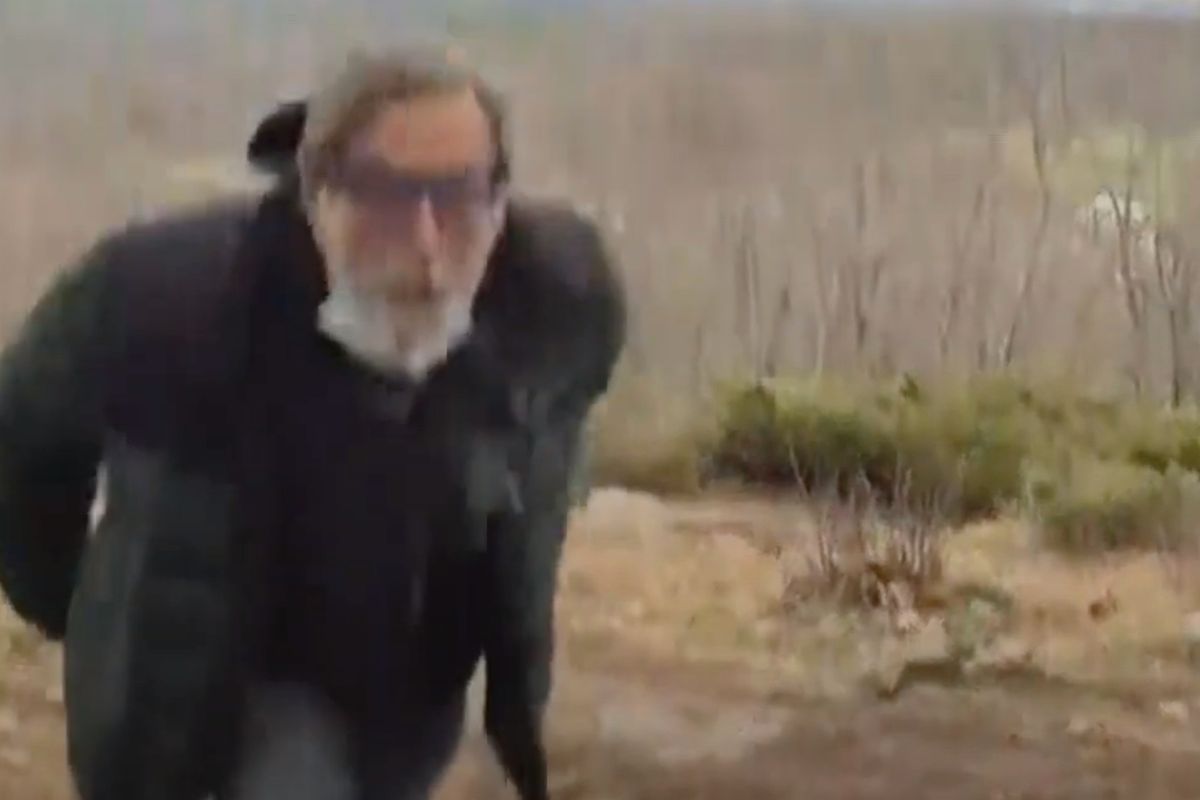 A man was caught on cellphone video
spitting at two young women and telling them he has the coronavirus after he argued with them for not wearing face masks.

The alarming incident unfolded near Boston on Nov. 15 and led to his arrest by police on Tuesday.

The video showed the man approach the woman recording and spit on the ground in her direction. He says, “I have COVID! I’ve been tested positive!”

He then spits on the ground in her direction again.

He spits a third time and laughs as he walks away.

In another portion of the video, the woman can be heard saying, “I don’t care, I’m not gonna wear a mask when I’m outside!”

“That’s not the law,” the man responds.

Police said that the man was walking with a female companion when they allegedly accosted two female hikers for not wearing masks. He spat at them after arguing over the masks.

They later arrested 71-year-old Hale Powell of Westford. In the video, the man’s companion appears to call him “Hale” several times as he accosts the women.

“That’s not the right approach to deal with anything,” laughed Lt. Chris Conrad of the Ashburnham police said to WBZ-TV. “It was hostile, it was inappropriate, it was threatening. And it could even be assault.”

Police said that Powell had not tested positive for the coronavirus, despite what he said to the women. They
charged him with false threat of a biological agent and assault and battery, which is a felony.

A judge ordered Powell to get tested for the coronavirus and to quarantine for 14 days.

Ashburnham Police Detective Robert Siano told the Sentinel & Sun that they were inundated with calls after asking for help from the public in identifying the man from the cellphone video.

Here’s a news video about the incident:


Ashburnham Police Arrest Man Who Allegedly Spit At Hikers, Claimed ‘I Have COVID’ 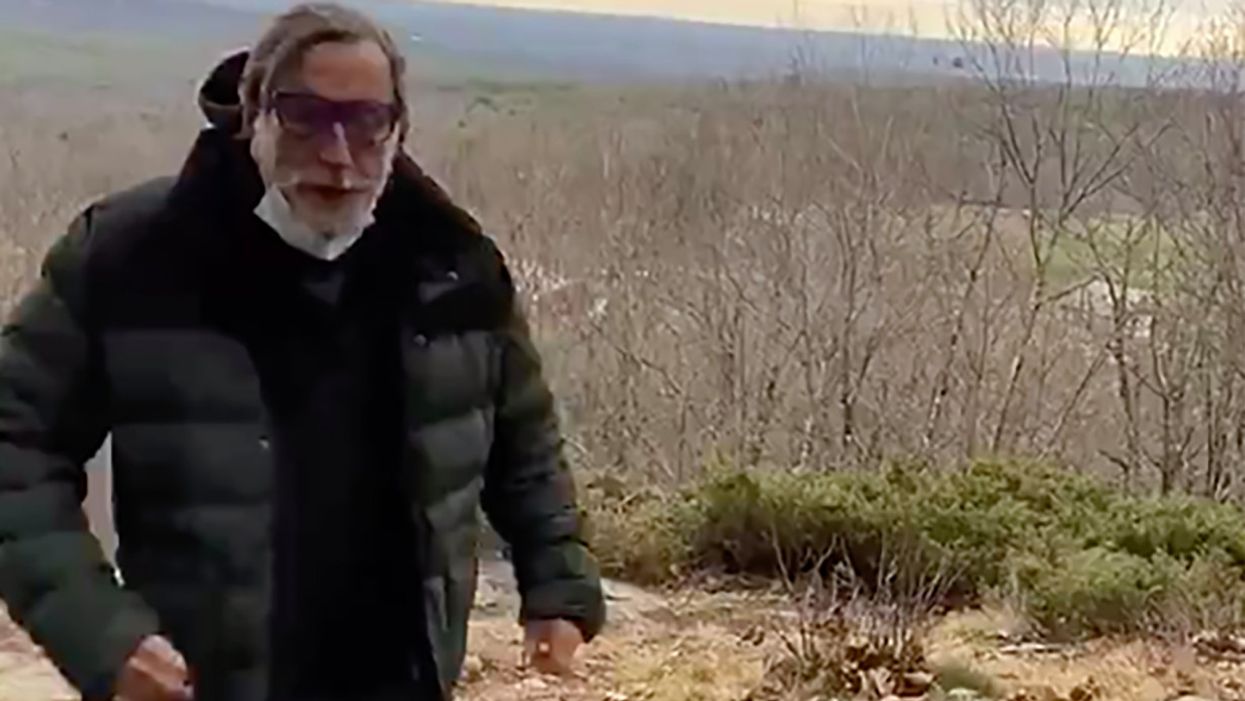 The great mask debate rages on. The most recent ugly confrontation involving face coverings happened in Massachusetts where a man reportedly became so furious with hikers for not wearing face masks while hiking outdoors that he purposely spit at them.

Two young women were allegedly hiking in the Hudson Overlook on the Midstate Trail in Ashburnham on Nov. 15, according to the New York Post. A vexed man approached the hikers, who were not wearing face masks.

One of the women recorded the hostile encounter with the man, and video of the incident was posted on Twitter by WBZ-TV reporter Kristina Rex.

“‘I have COVID,’ this man in Ashburnham says as he spits in the direction of two women taking a hike Sunday afternoon,” Rex wrote on Twitter. “Based on a verbal confrontation early in the video, he was upset the women were not wearing a mask while hiking. Now police are looking for him.”

Footage shows the man walking toward the women and spitting at them, then he tells the women, “I have COVID, I’ve been tested positive.” He starts to walk away, but then turns around and spits at the hikers a second time.

In the video, an older female is heard calling for the man, but he ignores her.

“I have COVID,” this man in Ashburnham says as he spits in the direction of two women taking a hike Sunday afternoo… https://t.co/4FsZNFxtY8

Police say that the man was angry at the women for not wearing face masks, WBZ reported.

“He explained to them that it was the ‘law’ and that they were selfish,” police said. “He aggressively turned towards them and stated, ‘I have Covid’ and began spitting at the young females.”

“That’s not the right approach to deal with anything,” Ashburnham Police Lt. Chris Conrad said. “It was hostile, it was inappropriate, it was threatening and it could even be assaultive.”

Police said the man could face charges up to assault. The Ashburnham Police Department asked the public for help identifying the suspect on its Facebook page.

“Again we don’t have all the details on everything yet we need to speak with her again,” Conrad said. “We’re hoping the suspect comes forward so we can determine is there another side to this that we don’t know about, that we didn’t see on the video.” 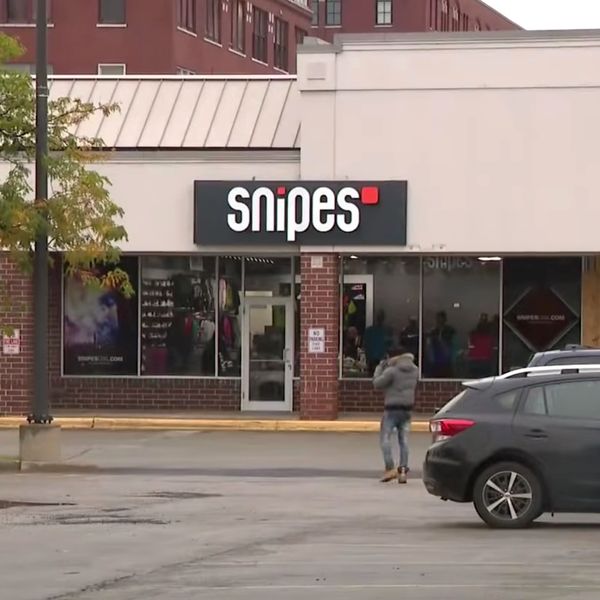 Chicago police say that two sisters held down a store employee and stabbed him 27 times after he told them to wear masks and use hand sanitizer provided by the business.

The startling incident unfolded on Sunday at Snipes, an athletic clothing store, in the North Lawndale neighborhood.

Police allege that 21-year-old Jessica Hill and her sister 18-year-old Jayla Hill entered the store at about 6 p.m. and were asked to put on masks and apply hand sanitizer over the coronavirus pandemic.

The two refused and began to argue with the 32-year-old man, according to police spokeswoman Karie James.

James says that the altercation became violent when one of the sisters punched the employee in the chest, and then Jayla Hill grabbed him by the hair as Jessica Hill stabbed him.

The man was stabbed 27 times in the chest, back and arms, and was later sent to Mount Sinai Hospital. Police say the sisters also struck him with a trash can and kicked him as he fell down.

The two women were arrested at the scene and treated for minor lacerations.

Prosecutors say that surveillance video and statements from witnesses show that the victim did not provoke the attack by striking or pushing the women.

The victim was hospitalized and received treatment, prosecutors said, noting he did have puncture wounds “all over his body,” WTTW-TV reported. Another report said the man was in critical condition.

The women were charged with attempted murder and held without bond. A defense lawyer for the two women said in court that they had never been in trouble with the law, and were planning to attend college.

Cook County Judge Mary Catherine Marubio said she initially believed it was a domestic violence incident because of the unusual number of stab wounds.

“It’s the complete randomness of this,” Marubio said. “That’s terrifying for a community.” 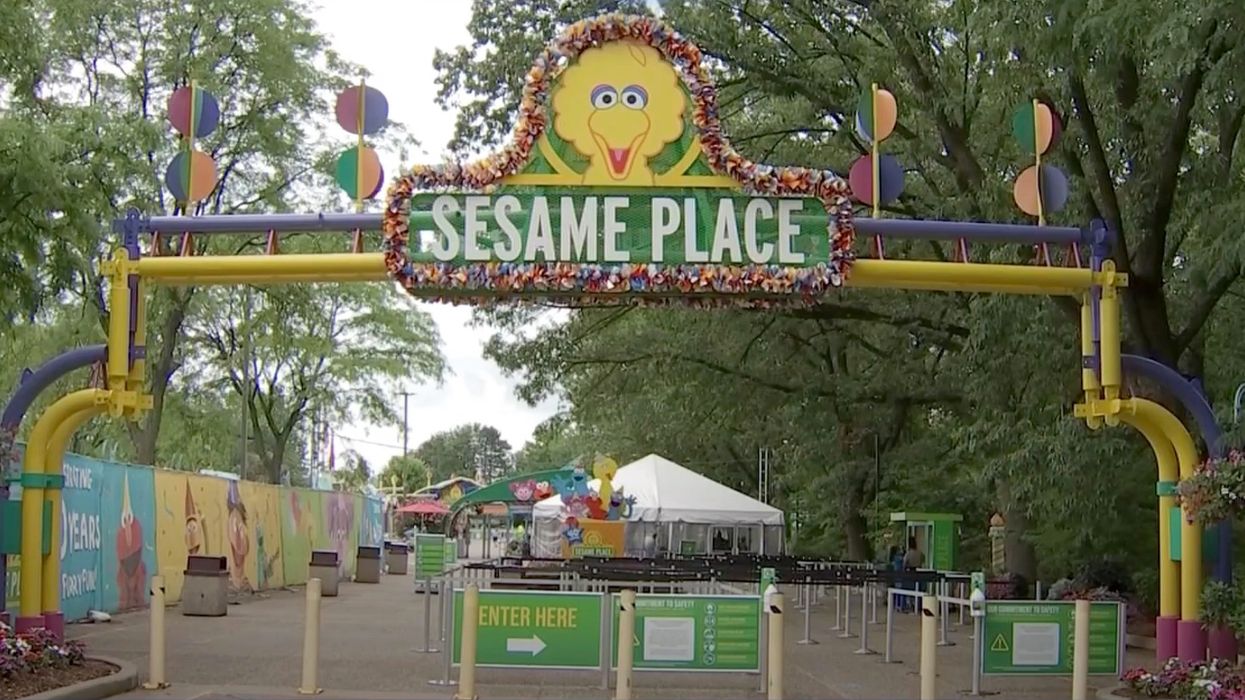 Police say a man allegedly punched a teenage worker at a Sesame Street theme park after the employee told him that he needed to wear a mask.

Detective Lt. Steve Forman of the Middletown Township Police Department told the Philadelphia Inquirer that the 17-year-old victim was working at the Captain Cookie’s High C’s Adventure ride when he confronted a man and his female companion.

The employee had earlier told the couple that a mask was required in the park, according to Forman, and later, the employee reminded the man again about the mask requirement. When the man saw the employee at the ride, he allegedly punched the teenager in the face.

The couple were chased by park security, but fled from the park and escaped.

Police said that the teen was taken to St. Mary’s Medical Center because of his injuries and had to have jaw surgery. He also suffered a damaged tooth from the attack.

Middletown police are seeking to identify the couple with the help of authorities in New York because their getaway car was registered in the neighboring state. The suspects were described as between 20 and 30 years of age.

A spokesperson for Sesame Street released a statement corroborating some of the details of the incident and condemning the alleged attack.

“On Sunday, August 9, a guest assaulted and seriously injured one of our team members. We’ve been in close communication with the family of our injured team member, and are hopeful for a full and speedy recovery,” the statement read.

“The health and safety of our guests and team members is our top priority, and violence of any kind is unacceptable and not tolerated at our park,” the statement added. “We are cooperating with local law enforcement on this ongoing investigation. Any further questions should be directed to them.” 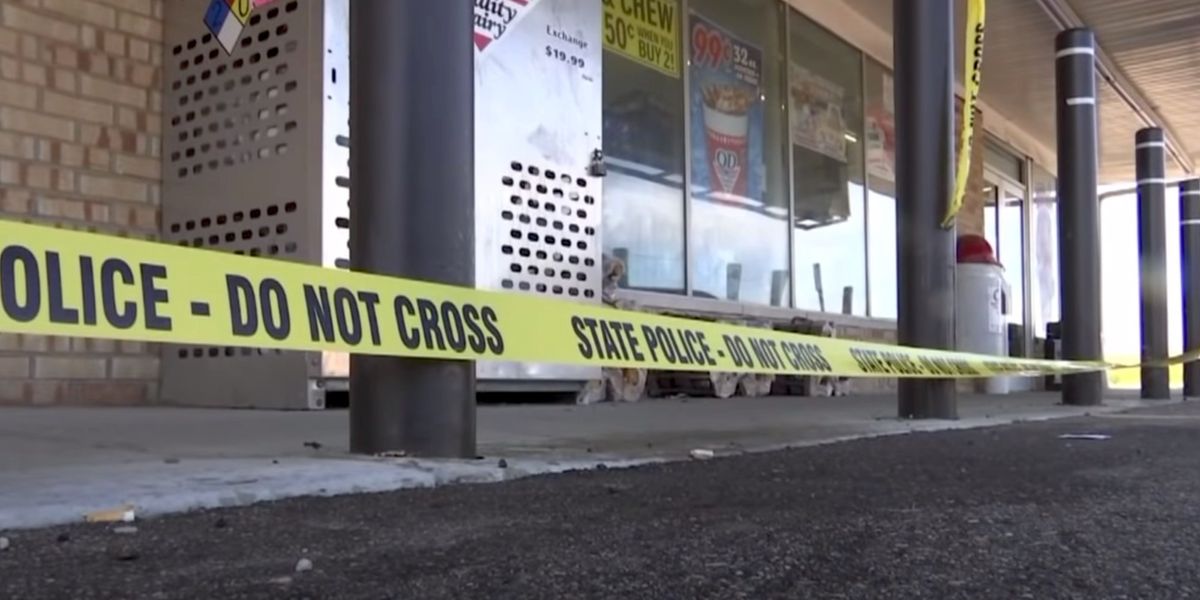 One man is dead and another has been hospitalized with a serious stab wound over a dispute about a mask only two days in Michigan Gov. Gretchen Whitmer’s social distancing order.

Police say that Sean Ernest Ruis, 43, was confronted by a 77-year-old man for not wearing a mask to stop the spread of the coronavirus at a Quality Dairy store outside of Lansing.

Ruis allegedly stabbed the man and fled the scene.

Michigan State Police released video from a female deputy’s bodycam when she later attempted to pull over Ruis and he rushed her with a knife, leading to his shooting death.

“Very unfortunate she had to use her weapon, but she saved her life,” said Eaton County Sheriff Tom Reich, according to USA Today.

“I mean, that’s the most important thing right here,” he added. “She had to use deadly force, and she did it properly, and I’m glad she wasn’t harmed in any way.”

The 77-year-old victim was hospitalized with a serious injury and is in stable condition.

The deputy involved in the shooting has been placed on administrative leave as the Michigan State Police investigate the incident. She is a 22-year veteran of the force.

Here’s the video of the harrowing incident:


Man killed by police after mask dispute at Michigan store