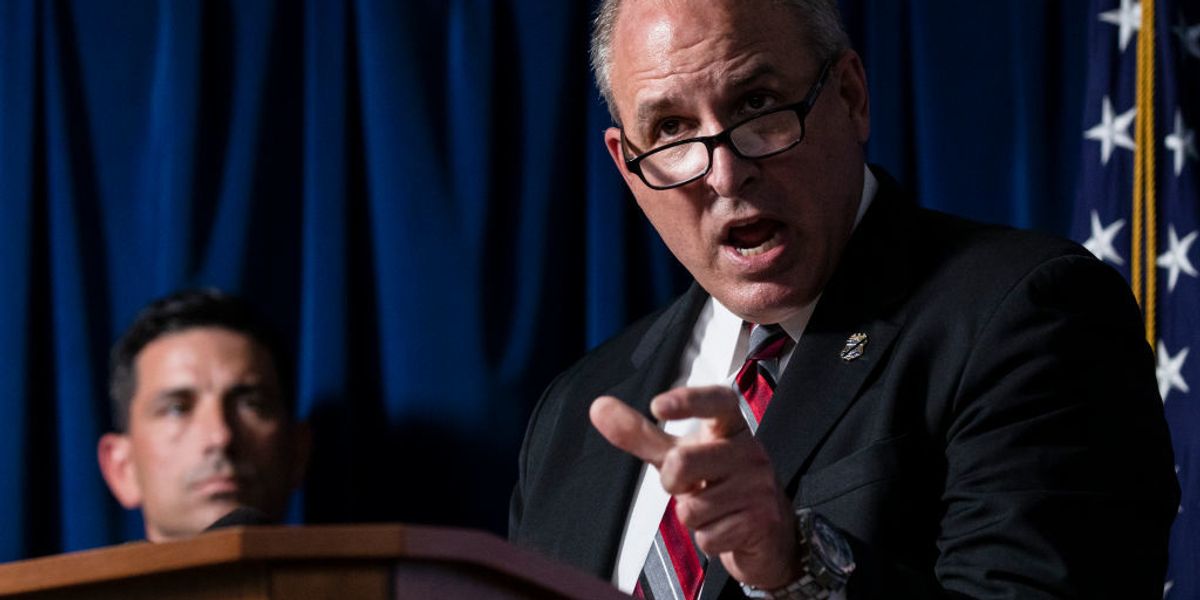 The social media giant reportedly locked U.S. Customs and Border Protection Commissioner Mark Morgan’s account Wednesday afternoon following his posting of a tweet about how the wall is stopping dangerous illegal aliens from entering the country.

According to screenshots obtained by The Federalist, Morgan tweeted “.@CBP and @USACEHQ continue to build new wall every day. Every mile helps us stop gang members, murderers, sexual predators, and drugs from entering our country. It’s a fact, walls work.”

Morgan subsequently received an email from Twitter explaining that his account was locked for violating its “hateful conduct” policy, which states, “You may not promote violence against or directly attack or threaten other people on the basis of race, ethnicity, national origin, caste, sexual orientation, gender, gender identity, religious affiliation, age, disability, or serious disease.”

Morgan told the Federalist that Twitter locked his account without consulting with the Department of Homeland Security or asking him what he meant by the post.

“I’m sure somebody on that Twitter team has heard that everyone that illegally enters are just good people looking for a better way of life,” Morgan said, reportedly adding that many border-crossers are in fact dangerous criminals who cross with the help of international drug cartels. “The American people ultimately don’t get to hear the truth because someone at Twitter, based on their own ideology, pushed a button to prevent the truth from coming out.”

During the appearance, Dorsey defended his company’s seemingly biased decision to censor the Post and Trump administration officials while at the same time allowing Iran’s Ayatollah Khamenei to call for the destruction of Israel on the platform.

Dorsey said, “We did not find those to violate our terms of service because we considered them ‘saber rattling,’ which is part of the speech of world leaders in concert with other countries.”

In conversation with the Washington Examiner, Morgan added: “Twitter is out of control in their clear bias against this administration and their blatant censorship of anything that may go against the policies of those who sit in cubicles in Silicon Valley.”