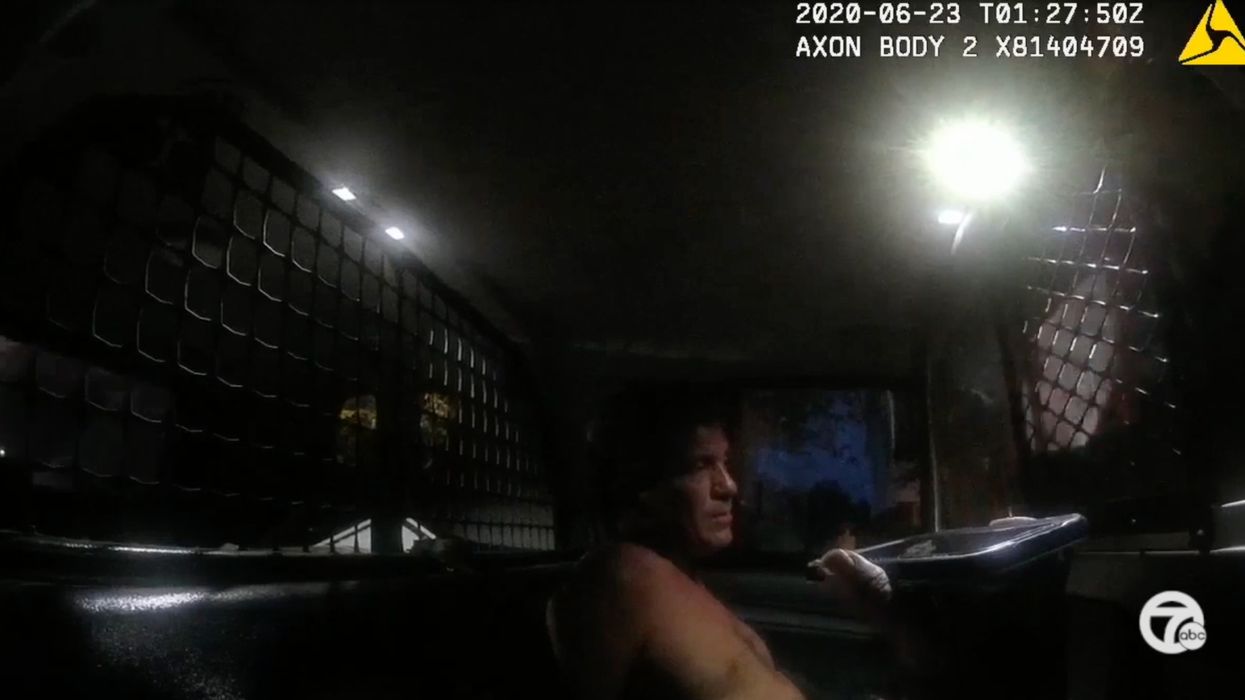 New York state Supreme Court Justice Mark Grisanti was seen shoving at least one Buffalo, New York, police officer during an incident that took place outside his home in June.

According to the New York Post, officers responded to a call that ended up at the Grisanti home after the judge and his wife reportedly engaged in an altercation with neighbors.

On Thursday, the Daily Beast reported that the incident took place following a fight with a neighbor over a parking spot.

Bodycam footage obtained by WKBW-TV shows the judge’s wife, Maria Grisanti, shouting across the street at neighbors as they speak with the responding officers.

One officer tells Maria, “Ma’am, if you don’t stop yelling, this is gonna be a problem for you.”

The woman continues to shout across the street, responding, “I don’t care!”

Her remarks prompt the officer to cross into the Grisantis’ yard and move as if he is planning to arrest Maria. The unnamed officer attempts to handcuff Maria, but Mark — who is shirtless and later described by an officer on the scene as “intoxicated” — can be seen entering the scene and begins shouting at the officer, shoving him in the process.

The footage later shows Mark pushing an unnamed police officer and mentioning that he is friends with Buffalo Mayor Byron Brown (D). Mark also name drops his son-in-law and daughter, who are both on the police force.

Mark shouts, “You better get off my f***ing wife! My daughter and my son are both Buffalo police officers. … I’ll call them right now!”

What did the officer say?

Another officer at the scene grabs Mark’s arm, and says, “Keep your hands off of a cop.”

A clearly angry Mark continues raging, and another officer begins telling the judge and former state senator off.

“Let me give you some constructive criticism,” the officer says. “You want to drop another copper’s name? You scream about how you … know the mayor? Why don’t you shut the f*** up?”

The officer then moves in to cuff Mark as well.

Authorities handcuffed Mark and Maria, and placed them in the back of two separate police cruisers.

One officer can be heard telling Mark, “You’re dropping everybody’s name with a badge and you’re expecting special treatment. How does that look like to everybody in this environment right now? You smell like cheap beer. It doesn’t look good.”

No charges were filed against either Grisanti in connection with the June incident.

The outlet reported that Erie County District Attorney John Flynn’s office announced several weeks after the incident that it would not charge anyone involved in the altercation.

You can watch several other bodycam videos in connection with the incident here.


State judicial board holds Grisanti’s future in its hands

What else is there to know?

A spokesperson for the mayor’s office told the Post that he refuses to get involved.

“It has been, and remains, my policy as mayor not to interfere in any police investigation,” the spokesperson said on Brown’s behalf. “I have not spoken to the Buffalo Police Department, District Attorney Flynn, or Judge Grisanti regarding this matter. I believe that the District Attorney’s office is in the best position to determine the appropriate course of action.”

Buffalo Police Captain Jeff Rinaldo told WKBW that the officers involved decided not to charge the judge because he “didn’t tackle anyone, he didn’t punch him — he gave him, like, a shoulder shove.”

Following the incident, the judge’s neighbors spoke with the State Commission on Judicial Conduct to report Mark’s actions, according to WKBW.

The unnamed neighbors told the station that the commission reached out to them.

The Grisantis’ attorney, Leonard Zaccagnino, told the Washington Post that he did not receive a request for comment from the commission and said his clients are “embarrassed” and “very unhappy” about the June incident.

“The officer was grabbing her and putting her on the ground. He reacted to that, as I believe any husband would react if anybody saw their loved one being handled that way,” Zaccagnino said. “They obviously didn’t want this to happen.”