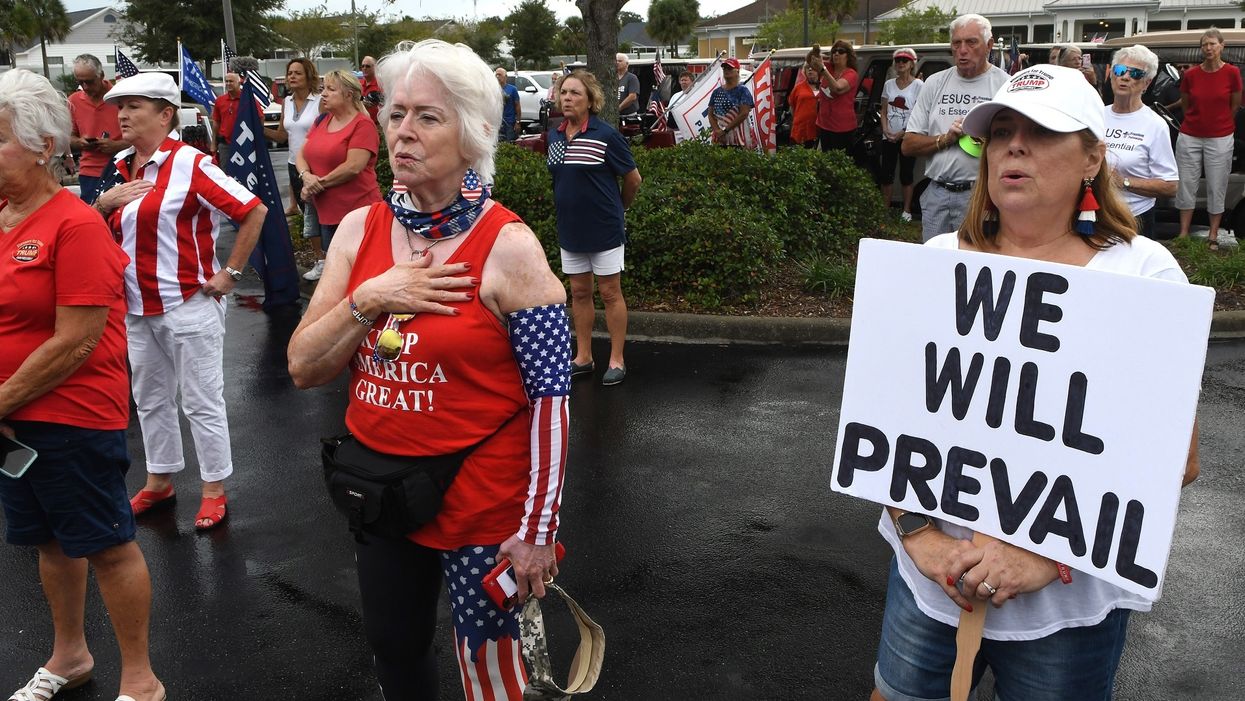 Organizers of a march planned in support of President Donald Trump’s legal efforts to contest the projected results of his challenge from Democratic presidential candidate Joe Biden say Facebook, Mailchimp, and Eventbrite have all tried to “cancel” their movement.

Women for Trump co-founder Amy Kremer tweeted Tuesday that “The #MarchForTrump IS NOT CANCELED,” saying, “@Eventbrite just shut down our event & emailed everyone that it was canceled THE MARCH IS NOT CANCELED First it was @Facebook Next it was @Mailchimp Now #Eventbrite#BigTech is trying shut down our march But we won’t let them.”

Kremer attached an email apparently sent from Eventbrite that explained:

“We encourage our organizers to express their views and gather for a chosen purpose as long as it’s done in a way that doesn’t violate our Terms of Service. We do not permit events, content, or creators that share or promote potentially harmful misinformation. In this instance, we have determined that your event violates our Community Guidelines and is therefore not permitted on the Eventbrite platform. As a result, your event listing has been removed and any paid orders have been refunded.”

The notice further warned, “While you may continue to use Eventbrite for other events, please not that repeated or severe violations of our Guidelines may results in your account being terminated.”

??The #MarchForTrump IS NOT CANCELED??

@Eventbrite just shut down our event & emailed everyone that it was cancele… https://t.co/yHzVlKXGwh

Yet, the outlet did note that while “this weekend’s event may be blocked, a separate event for March 21 from an anonymous organizer titled ‘March on Washington for Trump’ remains listed on the site. Additionally, a search of Facebook event listings shows several events listed on Saturday with titles including the phrase ‘March for Trump.’ None of them appear to be hosted by Kremer or her group.”

The March for Trump is slated for Nov. 14 at noon in Washington, D.C. The invitation at stopthesteal.us reads:

Democrats are scheming to disenfranchise and nullify Republican votes.

We will NOT back down!

This Saturday, thousands of patriots will be meeting at Freedom Plaza at noon and marching to the Supreme Court to show our support for the integrity of every American’s vote and our support for President Trump exhausting every legal recourse available to ensure that EVERY LEGAL VOTE counts and that NO LEGAL VOTE is diluted.

At Freedom Plaza, we will hear from grassroots supporters of Trump and conservative leaders who are invested in ensuring that the integrity and faith in our system of government doesn’t falter. This concept isn’t a formality. It is foundational to who we are as a free people. And then we will march in a show of support for the President and his continued fight.

So come join us and let your voice be heard as we stand up for the disenfranchised and the voiceless.

Trump supporters are conducting rallies to get behind the president as his campaign fights lawsuits in several battleground states alleging voting irregularities and voter fraud after mainstream media roundly called the Nov. 3 election for Biden.

Meanwhile, Trump has refused to concede the election, while Biden is actively moving toward a transition to power.