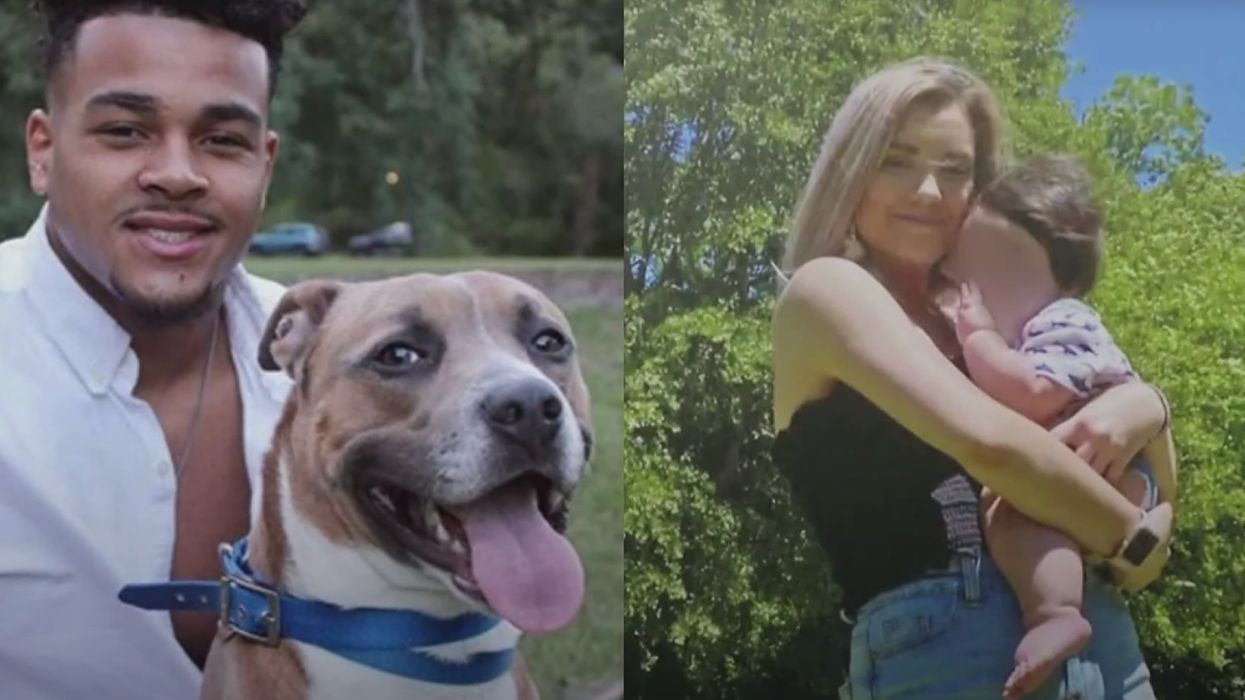 Marc Wilson, a 21-year-old college student from Georgia, says he fired a gun into a pickup full of people because he feared for his life.

According to Wilson and other witnesses, the people in the truck, including the 17-year-old girl who was struck and killed by one of the bullets fired from Wilson’s gun, were leaning out of the truck, taunting him and trying to run his car off the road. Now, he says the district attorney is prosecuting him because of his race.

Wilson’s father is a black fire chief in the area. His mother is white.

The incident took place in June.

Through his attorney, Wilson said he and his girlfriend had just picked up food from a local Taco Bell in the early hours of June 14 when a pickup truck pulled up alongside his vehicle.

Wilson said that some of its occupants — which included 17-year-old Haley Hutcheson — were “hanging out of the window, waving their arms” and reportedly shouted racial epithets at Wilson and his girlfriend.

Wilson said that the truck’s driver then reportedly attempted to run Wilson and his girlfriend off the road, and that one of the truck’s occupants reportedly pelted Wilson’s car with an unidentified object.

Wilson, with his licensed handgun, then fired at the vehicle in what he says was self-defense. One of his bullets struck Hutcheson in the head. She died at a nearby hospital.

Wilson turned himself in later that day, saying he feared for his life. Authorities arrested the college student and charged him with felony murder and aggravated assault.

In a statement, the student’s attorney said, “Marc Wilson stood his ground, he shot back, he defended his life.”

He also added that if Wilson had been white instead of black, “he would have been given a medal and not given a prosecution.”

His attorney insists that Georgia’s Stand Your Ground law isn’t being applied in this particular case because Wilson is black.

Lending credibility to Wilson’s claims, police have already charged one of the truck’s passengers — 18-year-old Luke Harry Conley — with misdemeanor obstruction of a law enforcement officer after Conley reportedly told police that the shooting was entirely unprovoked. Investigators reportedly found that Conley was seen yelling out of the vehicle’s window, and that one of the truck’s occupants may have thrown a beer can at Wilson’s vehicle.

A preliminary hearing in Superior Court was scheduled for last week, but was cancelled after two defense witnesses were reportedly exposed to COVID-19. The judge has also imposed a gag order in the case.

Wilson’s cousin, Chance Pridgen — who is white — told Yahoo News that if the situation were reversed and Wilson were white, he would not be in jail.

“Stand your ground is implemented across the country many times, but I do strongly believe that it was not implemented or extended to my cousin because of him being a biracial young man,” Pridgen said.

“I feel pretty strong that had that been me, the prosecution would have never happened,” he added.

At the time of this writing, donors have raised at least $27,693 through a GoFundMe page for Wilson’s legal costs.