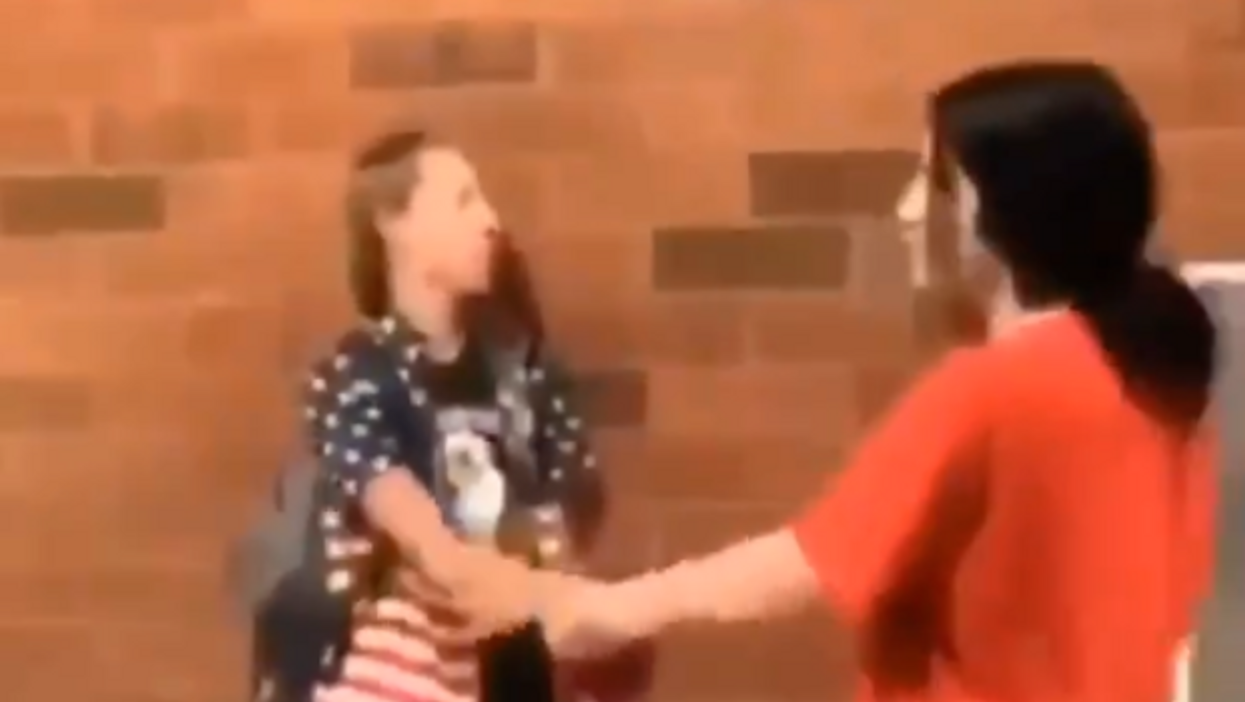 A video appears to show a teenage Trump supporter being assaulted and spit on at school because of his political beliefs.

A boy wearing an American flag-themed shirt had his “Make America Great Again” hat stolen by a female classmate. The girl refused to give back the boy’s MAGA hat.

The boy attempts to take back his property. “Give me my f****** hat,” the boy demands. A struggle ensues, and while the boy is grappling to retrieve his hat, a second female student winds up and smacks the boy in the face.

The girl then spits at the boy. She then turns to the camera, and then spits on the boy again.

The camera zooms in on the boy and his face is covered in spit.

Does anyone know where or when this was?

A young student was bullied, spit on, and had his hat stolen by some litt… https://t.co/xeWVwddz4N

This isn’t the first time that Trump supporters have been targeted for wearing MAGA hats, which at times have turned violent.

In 2018, a man threw a drink at a 16-year-old for wearing a “Make America Great Again” hat at a Whataburger in Texas.

Last October, a Trump supporter wearing a MAGA hat in Minneapolis was spit on while he was giving an interview to VICE.

Last November, surveillance video was released of someone spitting on a 67-year-old man at a restaurant in Florida for supporting President Donald Trump.

In February, a retired NYPD officer alleged that he was punched in the face because of his MAGA hat.

Also in February, police said a 34-year-old man was arrested for assaulting a 15-year-old who was wearing a Trump hat at a polling tent at his high school in New Hampshire.

There are numerous instances of people attempting to steal the hats right off the heads of Trump supporters, including at Texas State University, a mall in Pennsylvania, a high school in Oklahoma, and two women stole a MAGA hat from a 7-year-old boy then assaulted his mother.