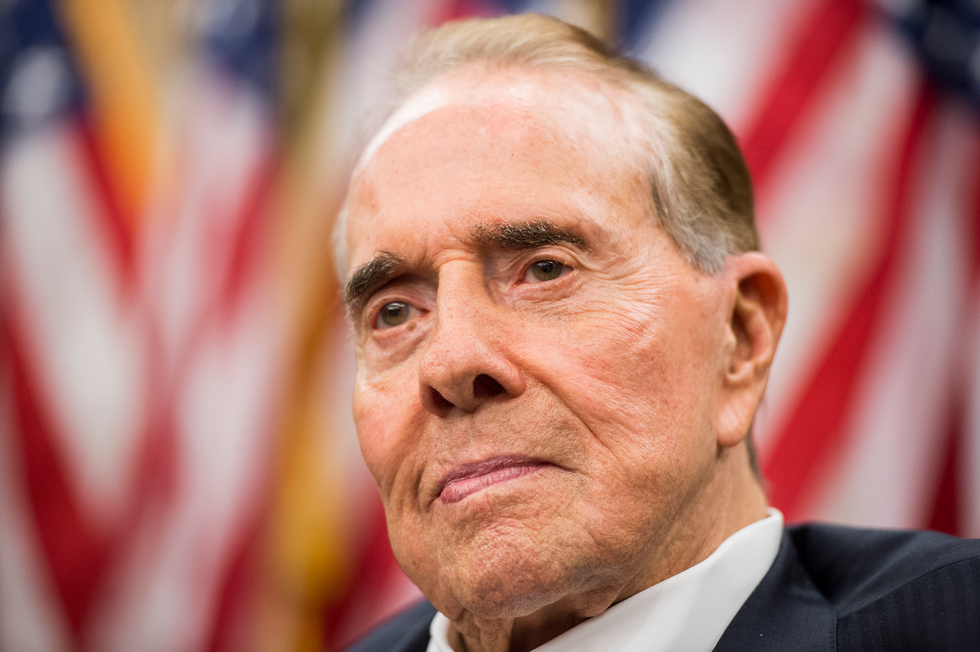 In a statement, Dole, 97, revealed his diagnoses and said that he would begin treatment on Monday, saying, “While I certainly have some hurdles ahead, I also know that I join millions of Americans who face significant health challenges of their own.”

Charging a German position in northern Italy in 1945, Dole was hit by a shell fragment that crushed two vertebrae and paralyzed his arms and legs. The young Army platoon leader spent three years recovering in a hospital but never regained use of his right hand.

The native Kansan went on to serve eight years in the House of Representatives and another 27 years in the Senate before resigning to run for president for a third time in 1996, unsuccessfully challenging then-President Bill Clinton. He previously ran for the White House in 1980 and 1988, after serving as vice-presidential candidate for President Gerald Ford in 1976.

In 2018, Dole was awarded the Congressional Gold Medal for his service in war and government. The following year, he received an honorary Army promotion to colonel. He said at the time, “While I’m not sure I deserve it, I remain incredibly grateful.”

The Kansas City Star reported that “as a senator, Dole was renowned for his ability to compromise.”

During his speech accepting the Republican nomination for president in 1996, Dole said, “In politics, honorable compromise is no sin. It is what protects us from absolutism and intolerance.”

Dole is also known for his quick wit and sense of humor, leading to television appearances such as Saturday Night Live and his famous feature in a Pepsi commercial starring Britney Spears in 2001.

Following the news of Dole’s diagnosis, well wishes poured in from countless politicians and media figures of all stripes, with many sending encouragement.

Former host of The Daily Show, Jon Stewart, tweeted, “Sending big love to my friend Bob Dole…still mad he was funnier than me on my show!!”