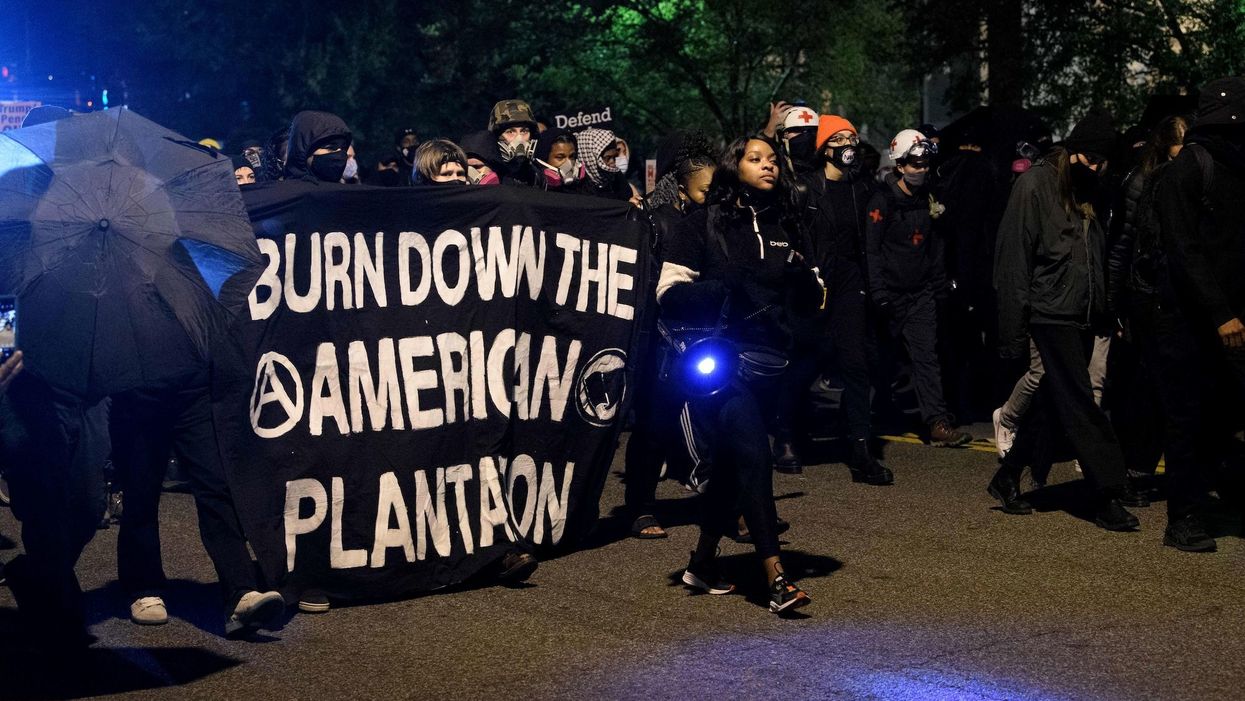 Protests on election night veered dangerously toward violence in several cities across America as the results rolled in towards the 2020 presidential decision.

Elijah Schaffer of BlazeTV documented the protests breaking out in Washington, D.C. where thousands were protesting mostly against President Donald Trump.

DC: Antifa have mobilized in very large numbers and they are marching to an unknown location

Schaffer documented what appeared to be Antifa members accosting members of the press, including Schaffer.

Schaffer was also forced to evacuate and seek a safe position after hearing from a liberal journalist that Antifa members were seeking to do him harm.

A liberal journalist also came up and warned me

Schaffer indicated in a second tweet that he was making use of security provided by The Blaze.

Protesters apparently lit an American flag on fire just blocks away from the White House.

American flag set on fire a few blocks from the White House here at the protests #DCprotests #washington #DC https://t.co/WMSBXJvzbq

In another tense scene caught on social media, a protester confronts a man carrying an American flag and demands that he put it away.

Anti-Trump protesters are trying to prevent a man from waving an American flag outside the White House: “Put this f… https://t.co/0uzMj0o8m8

Nine protesters were arrested by police in Seattle during a protest that included hundreds of people. They charged with assault on an officer and other charges related to destruction of property. Protesters said that they would continue to protest regardless of the results of the presidential election.

Protests in Los Angeles also appeared to be headed towards violence when the police department took action and issued a dispersal order after declaring the protest an unlawful assembly.

Due to a large and unruly crowd, the LAPD has declared an unlawful assembly & issued a dispersal order in the area… https://t.co/Nt60l8iUF4

The LAPD detained some individuals who were wearing kneepads or helmets, but they did not indicate if any had been arrested.

Here’s video from Reuters about the protests in Washington, D.C.: