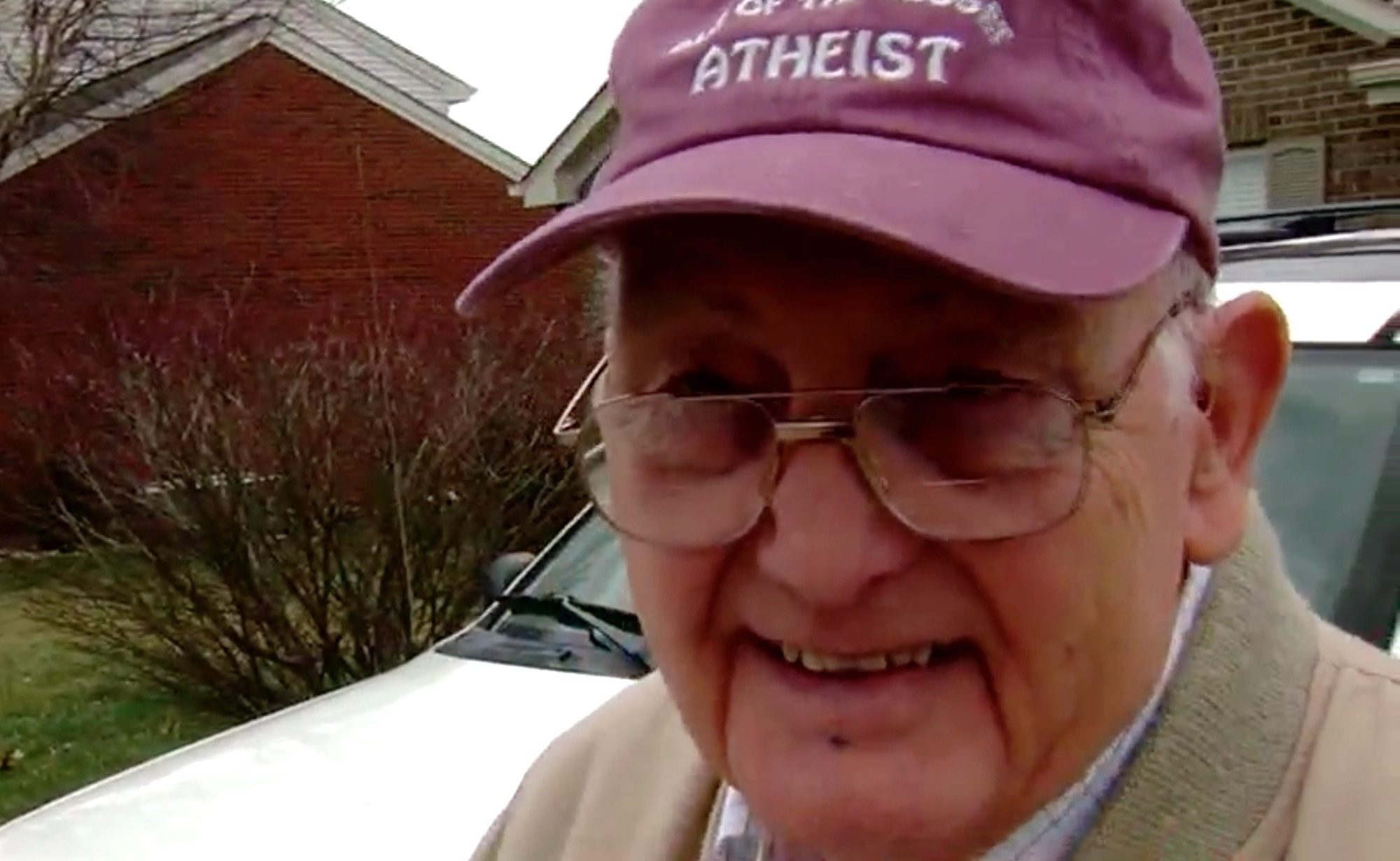 A man fought the state for the right to call himself “God” on his license plate, and he won in court.

Bennie Hart says he’s a constitutional activist and that he was standing up against the government to protect his rights.

“I tell people, ‘Stand up.’ The government will run all over you if you let them. You know if you roll over and play dead, they’ll roll over you,” said Hart.

The right he defended was his
ability to declare “I’m God” on his license plate.

Hart had the theologically questionable message on his license plate for 12 years before he moved to Northern Kentucky and had it rejected by the Kentucky Transportation Cabinet.

They said that the message was contrary to their rule against “vulgar or obscene” phrases.

Hart
sued the state with the support of the ACLU and the Freedom from Religion Foundation. A federal judge agreed with Hart and now the commonwealth of Kentucky is on the hook for $150,000 of his legal fees.

“I think the Constitution is the most sacred thing that’s ever been written. It guarantees your right to religion, speech, your right to assemble,” said Hart.

Here’s more about the lawsuit: