Almost immediately upon the announcement that attorney general William Barr approves an investigative probe into election and voter fraud, the acting Department of Justice Election Crimes Chief resigns.  It shouldn’t matter what side you are on, that’s telling.

Most readers understand I no longer participate or believe in the left vs. right paradigm, and therefore, have no dog in this fight, so to speak.  However, this election isn’t over just yet, and we should have known that this one would be contested. After all, the elitists modeled this exact scenario:

As we’ve mentioned before, do not be surprised if this thing goes one way (which it appears to have gone to Joe Biden) only to turn around and go back the other way (Donald Trump.) This would cause huge societal upheaval. But is looking more likely by the day.

Barr authorized federal prosecutors to pursue “substantial allegations” of irregularities in the 2020 presidential election, the head of the DOJ’s Election Crimes Branch has decided to resign. “Having familiarized myself with the new policy and its ramifications,” Richard Pilger wrote in an email to his colleagues, obtained on Monday by the New York Times, “I must regretfully resign from my role as director of the Election Crimes Branch.”

Pilger reportedly said he would move to a different role at the DOJ, working on corruption prosecutions.

The policy change mentioned by Pilger was outlined by Barr in a memo on Monday, in which the AG argues that it is “imperative that the American people can trust that our elections were conducted in such a way that the outcomes accurately reflect the will of the voters.” Previously, the Electoral Crimes Branch would not take overt investigative steps until the election was over, its results certified and all recounts and other contests concluded, Barr wrote, but “such a passive and delayed enforcement approach can result in situations in which election misconduct cannot realistically be rectified.”

Barr’s new policy authorizes inquiries and reviews if there are “clear and apparently credible allegations” of irregularities that, “if true, could potentially impact the outcome of a federal election in an individual state.” The mainstream media is continuing to cast doubt on the possibility of election fraud saying these claims are “unfounded.”

While Democrat Joe Biden declared victory on Saturday after mainstream media reported that he has more than the 270 electoral votes needed, President Donald Trump has challenged that in court. None of the states have yet certified their election results, and Trump’s lawsuits seek an audit of the vote in multiple states where his early lead was wiped out by mail-in votes counted long after Election Day. –RT

Stay alert to what’s happening. If this election swings back to Donald Trump, the left is going to lose their minds and we could see chaos like never before on the streets. Perhaps that was the plan all along…

Secret Models of “The Darkest Winter” 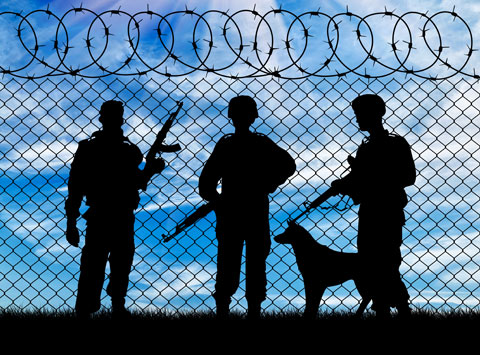 After a violent summer of looting, rioting, and protests, the national guard has been put on standby for the preplanned incoming chaos. The National Guard has put hundreds of military police on standby specifically to help law enforcement deal with any potential violence in the coming months, three United States military officials said.

Military officials told Reuters that while the units were not specifically created to address potential violence around the November 3 elections, their existence highlights how the military could help deal with unrest around the vote without deploying active-duty troops to cities. Apparently, this is a key tenet for Pentagon leadership.

Is it possible that the national guard is on standby for this too?

They have preplanned this election chaos, and for those who can see it, we understand that a military martial law police state was the plan from the beginning. Maybe the protests and looting and rioting haven’t been violent enough.  Who knows.  But we have been warned of the “darkest winter” and election violence for several months now. We should have known we would need to prepare for martial law, especially considering the government has already told us the military will deliver the vaccine around election time.

Vaccine Update: The Military Has A HEAVY-HANDED Involvement In Operation Warp Speed

A senior National Guard official, speaking on the condition of anonymity, said the military police “Rapid Response Units” had been established in the past month and could deploy to any part of the country within 24 hours if requested by a governor.

“We’re in very unique times right now in our country, we’ve seen several instances of where civil disturbances escalated very quickly to riots, extensive property damage,” the official said. The units would be on standby until at least the end of the year, the official said. –Yahoo News

Suddenly the government is concerned about property damage when looters and rioters have been destroying things for months? This is uncanny timing and bears scrutiny.

All of this seems to be set to coalesce into something big around election time. Please stay alert and prepared for anything. The signs are there that we need to remain vigilant and understand what could go down. The election is now a mere 26 days away.

The post National Guard Put On Standby For The Coming Preplanned Chaos first appeared on SHTF Plan – When It Hits The Fan, Don't Say We Didn't Warn You.

Military personnel outnumber civilian scientists in the United States government’s Operation Warp Speed vaccine program. With the military so heavily involved in the distribution of this vaccine, is it any surprise that most Americans don’t want anything to do with it?

An organizational chart obtained by Stat shows, raising concerns about whether military officials are qualified to lead the massive public health campaign. The military is used for war. Rolling it out to distribute a rushed vaccine signals one thing to the public if you’re brave enough to admit it: this vaccine distribution is a war on the public perpetrated by the government. Wake up.

Trump: “The Military Is Ready To Deliver A Vaccine”

This vaccine won’t be voluntary by any sense of the word.  You don’t have to take it, but if you don’t, you won’t be able to eat, buy food, pay rent, or leave your house that will be taken from you if you cannot pay the mortgage because you refuse the vaccine. That doesn’t sound like anyone will have much of a choice.

This vaccine could be ready before the election, however, it may not be. Political chaos surrounding the elections is all a part of this vaccine agenda.  The goal is to have everyone tracked, traced, monitored, and under authoritarian control. The goal is the New World Order.

The Health and Human Service’s $300 million “pandemic-related” ad campaign (propaganda rollout) touched off an outcry, and rightfully so, after Politico reported leaked details. Among the concerns were its funding sources: Food and Drug Administration contributed $15 million for pre-campaign work, while most of the program’s $300 million budget was requisitioned from the Center for Disease Control and Prevention funds appropriated by Congress, Politico revealed.

Additionally, the Ohio national guard has been called upon to help provide “security” for the presidential debates. Around 300 members will be sent to the city to “ensure a safe and secure environment for those attending Tuesday’s presidential debate in Cleveland.”

The military will be increasingly used in the coming months and it’s rollout will be seen as a way to provide peace and safety. Please remain vigilant and prepared. Stay alert and know all the possibilities of what could be coming, as it’ll give you an idea of the additional preps that will be needed. As of right now, refuse to live in fear, and make sure you can defend yourself and your family, especially if you intend to deny the vaccine.

Changes are coming, so prepare and stay alert. 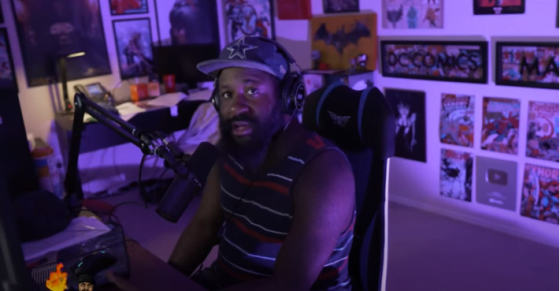 The mainstream media and those who still are stuck in the left/right paradigm want you to choose a side. Police brutality, or looting. It is possible to side with neither at the same time because they are both wrong.  What a surprise! They need you to choose to stay divided instead of standing up together against all violence and all shows of violence.

“The state and its aggression, and the people the loot innocent businesses are not justified in their actions. It doesn’t even mean their both equal, it just means they’re both wrong and it’s easy to speak about both. It is a false choice, a false dichotomy to suggest otherwise,” says July. “Anybody that doesn’t have a brain the size of a coronavirus can actually hold two positions at the same time.”

“What’s happening here…is you haven’t been paying attention,” July adds. Police brutality in all forms is wrong.  Violence committed against non-violent people is wrong no matter what kind of uniform you have on. It’s morally apprehensive and should not be tolerated. The same can go for the looters and rioters.  It’s wrong to destroy businesses and harm innocent people who have done nothing wrong.  It’s the same position.

But it gets more sticky for those who have chosen sides – either side.  There’s a solution to the looting and rioting, and we’ve seen it first hand. It wasn’t the police that protected a town in Idaho from violent thugs:

People are willing to stand up and protect each other against those who are committing violence and crimes against other small private businesses. But we aren’t standing together against the militarized police who brutalize people daily, not just when there are looting and rioting. Why do they get a pass? The cognitive dissonance by so many is hardly an excuse anymore. We all know committing acts of violence against non-violent people is wrong. It’s wrong when police do it. It’s worn when the militaries of the globe do it, and it’s wrong when looters do it.

Just hold a moral position. That’s it. If you start to allow some a pass on violence because of badges don’t be surprised when it’s you or your guns they come for next, because that’s the next step in all of this. Martial law to bring in a New World Order, and your total enslavement.

Larken Rose’s The Most Dangerous Superstition

is an excellent resource for those who still think aggression against innocent people is conducive with a free society.  If you want to be free, you first have to free your mind, and realize not only what is going on around you, but who is taking your freedom from you.

The primary threat to freedom and justice is not greed, or hatred, or any of the other emotions or human flaws usually blamed for such things. Instead, it is one ubiquitous superstition that infects the minds of people of all races, religions, and nationalities, which deceives decent, well-intentioned people into supporting and advocating violence and oppression. Even without making human beings one bit more wise or virtuous, removing that one superstition would remove the vast majority of injustice and suffering from the world.