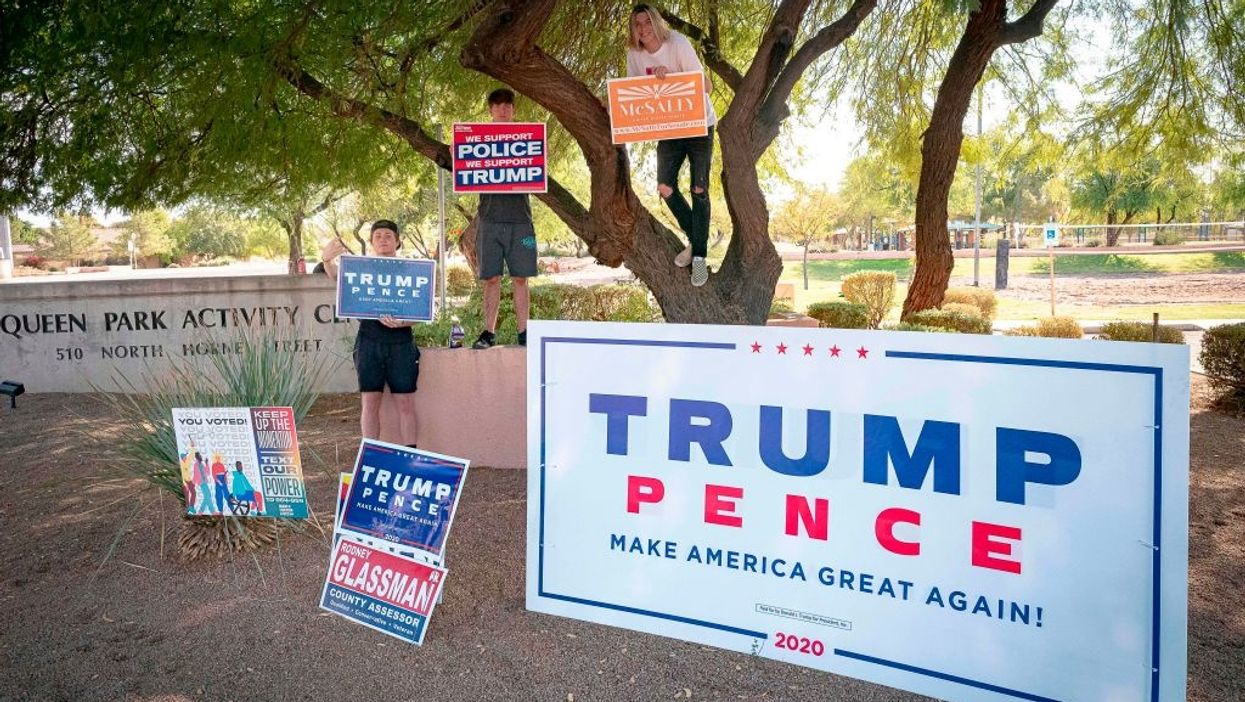 Immediately after Fox News — and then later the Associated Press — called Arizona for Biden in the very early stages of Election Day reporting, the Trump campaign and many supporters of President Trump cried foul and insisted their candidate still had a path to victory in the Sun Belt state.

On Thursday, while roughly 600,000 votes still remained to be counted, a defiant Trump campaign doubled down and told reporters they were still predicting victory in the state by a margin of 30,000 votes.

At first, their insistence seemed desperate since the remaining ballots to be counted in the state were early voter ballots, which pretty much everywhere else in the country were going to Democratic presidential nominee Joe Biden at a 2:1 ratio.

But then the results started coming in Thursday and sure enough, Trump appeared to be cutting into Biden’s lead by taking close to 60% of the votes. After Wednesday’s reporting, Biden’s lead was cut in Arizona to 67,906.

The reason for this is that, though they are in fact early voters, the group of voters yet to be counted in Arizona could be called “late early voters,” and they tend to skew Republican by a pretty significant margin. These late early voters are voters who dropped off their mail-in ballots only a day or two before Election Day.

Tom Bonier, the CEO of Target Smart uploaded a data graph that shows how votes broke down in Arizona by the dates they were filed. The closer it gets to Election Day, the more the party registration skews towards Republican.

@Nate_Cohn Here’s a raw look at party reg by return date. The graphic above doesn’t include Election Day, but this… https://t.co/poEg9EvCmK

That data squares with what Trump campaign manager Bill Stepien told reporters Wednesday: “Based on the math that we have been seeing as these late-arriving ballots are counted, anywhere from two-thirds to 70 percent of these votes are coming to the president, that math adds up to a margin of around 30,000 in the president’s favor.”

For what it’s worth, MSNBC actually did a great job explaining this, as well:

This is why most news outlets predicting the race have yet to project a Biden win in the state and why President Trump still has a legitimate chance to win it.

Should the president carry Arizona and maintain his lead in Pennsylvania and Georgia, that would get him the 270 electoral college votes need to secure a second term.