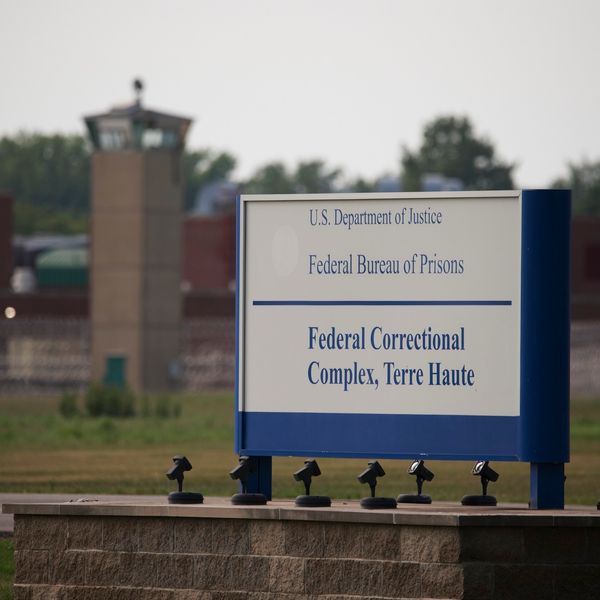 Convicted murderer Orlando Hall, found guilty of kidnapping, raping, and burying a teenage Texas girl alive in 1994, has been put to death.

He was the 8th federal inmate executed by the U.S. government since the Trump administration resumed capital punishment this year after a 17-year hiatus.

Hall, 49, died of lethal injection shortly before midnight on Thursday following a nearly 6-hour delay, after several last-minute filings— including to the U.S. Supreme Court — were unsuccessful in stopping the execution that took place at the federal prison in Terre Haute, Indiana.

In 1994, Hall was part of a marijuana trafficking ring in Arkansas. One night, a drug deal fell through, leading Hall and four accomplices to drive to the Texas home of a man they suspected of stealing $4,700 from the operation.

The man’s 16-year-old sister, Lisa Rene, was home and refused to let them inside, the statement said. Although she had no connection with the drug transaction, the men broke into the apartment, kidnapped her at gunpoint and fled in a car to an Arkansas motel.

Rene was repeatedly raped in the car and at the motel. When Hall realized she knew too much, the statement said, he and his accomplices took her to a park where they had dug a grave. They beat her with a shovel, then buried her alive, according to the statement.

Lisa Rene was an honor student who had dreams of becoming a physician.

According to The Washington Post, the Office of Solicitor General asked the Supreme Court to allow Hall’s execution to proceed.

The public and the victim’s family have an overwhelming interest in implementing the capital sentence recommended by a jury a quarter-century ago against petitioner, who perpetrated a heinous series of crimes against a child, has had notice that he faces execution for the past 25 years, and has been able to file a clemency petition for the past 13 years.

Hall never denied his involvement in Rene’s death, according to his attorneys. In his final words, he reportedly asked witnesses in attendance on his behalf to tell his children that he loved them, and expressed his gratitude to those who had supported his family during his incarceration.

Attorney General William Barr announced last year that federal executions would begin again in 2020, after none had been carried out since 2003. But they may soon be put to end.

While President Trump is currently contesting the results of his race against Democratic presidential nominee Joe Biden, the Trump campaign carries the burden of proof in their claims that widespread voter fraud occurred at a scale that flipped the election to Biden — who has been roundly declared the projected winner by mainstream media.

Biden has vowed to end the death penalty upon taking office. The Washington Examiner pointed out that Biden’s campaign website stated that he would “work to pass legislation to eliminate the death penalty at the federal level, and incentivize states to follow the federal government’s example. These individuals should instead serve life sentences without probation or parole.”