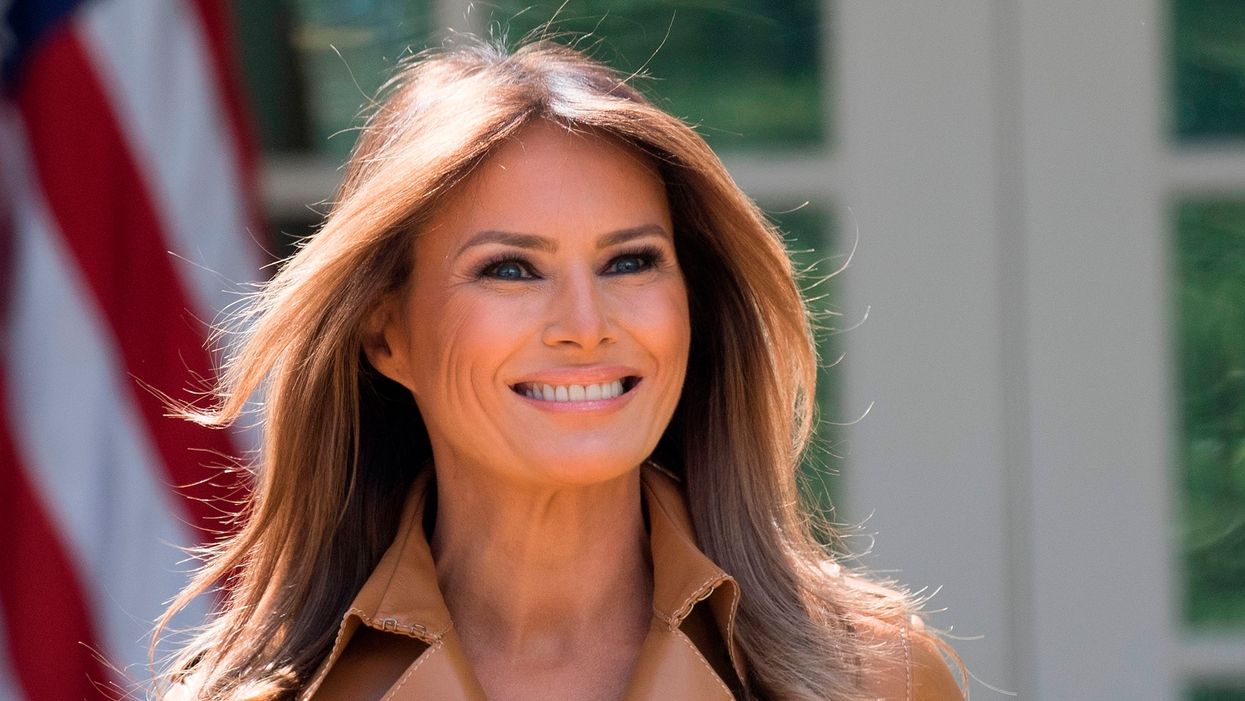 First lady Melania Trump announced Monday that the White House Rose Garden is getting a makeover, and the project is already underway thanks to funds from private donors.

The White House issued a news release from the office of the first lady, explaining that the Rose Garden would “return to its original ’62 footprint” as designed by philanthropist Rachel Lambert “Bunny” Mellon during the Kennedy administration. Updates will also be added to make the outdoor space more accommodating for people with disabilities and to provide modern infrastructure for audiovisual and broadcasting needs.

The memo noted that “the
project is supported by the National Park Service, who has cared for the White House and its grounds since 1933, and funded with private donations.” The Rose Garden area is 125-foot long, 60-foot wide, and sits outside the Oval Office on the West Wing.

Melania Trump tweeted, “Even in the most difficult times, the @WhiteHouse Rose Garden has stood as a symbol of strength & continuity. Today, it is my pleasure to announce our plans to renew & restore this iconic space so that we preserve its history & beauty for generations to come.”

Even in the most difficult times, the @WhiteHouse Rose Garden has stood as a symbol of strength & continuity. Today… https://t.co/aH8eKv1Xbl

When do the renovations begin?

A senior official from the Trump administration told the
Daily Mail that the Rose Garden renovations began Monday and are expected to take roughly three weeks to complete.

The outlet noted that the Rose Garden is used for news conferences, the annual Thanksgiving turkey pardons, and for hosting special events. The first lady announced her signature “Be Best” campaign from the Rose Garden in 2018, and she and President Donald Trump hosted a state dinner for Australian Prime Minister Scott Morrison in the outdoor space last year.

According to the
Associated Press, “Mrs. Trump has overseen several renovation projects, including refurbishment of the Red Room wall coverings, Blue Room furniture and the White House bowling alley.” She is also currently overseeing the installation of a privately funded tennis pavilion on the White House grounds.