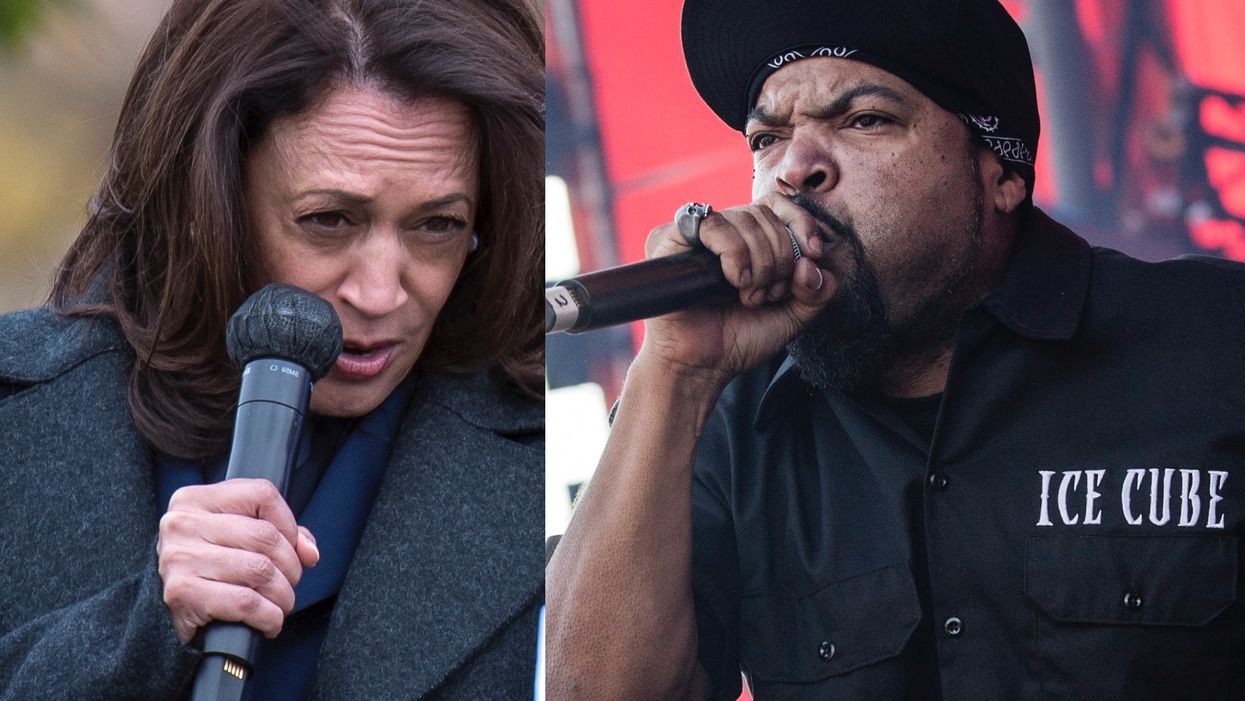 Iconic rap artist Ice Cube said that he refused to be a part of a celebrity Zoom call with Sen. Kamala Harris (D-Calif.), the Democratic vice presidential candidate, because he didn’t think it would be productive and would just be a “rally cry.”

The rapper, whose real name is O’Shea Jackson, made the comments while a guest on Fox Soul’s “Cocktails with Queens.”

Host Claudia Jordan asked him about a report that he had been invited to the call with Harris and other black celebrities including Snoop Dogg, Killer Mike, and D.L. Hughley.

“Kamala Harris’s folks reached out to you and wanted you to be on this Zoom call because they thought your voice was important. Why did you choose to not participate in that?” asked Jordan.

“We had spent a lot of people’s time putting the Contract with Black America together,” Jackson replied, “and I just thought that getting on a Zoom call with 12 other entertainers all shooting what they believe needs to be done, to me wasn’t going to be productive.”

He went on to say that he wanted to have a “serious conversation” and not just a “rally call.”

When the other co-hosts on the podcast attacked Jackson for not endorsing the Biden presidential ticket, he reiterated that they reached out to him but said they would talk about his plan after the election, in contrast to the Trump campaign.

“I’m not here to fight about what he did, what he didn’t do, is he a good white man, is he a bad white man,” said Jackson. “To me, they’re pretty much all the same.”

He went on to say that the situation of the black community didn’t change under former President Obama, so it was the same as it was under Trump.

“Deal with the white man in there”

“We do need financial help in our communities but we also gotta make a commitment to ourselves to clean up ourselves, you know, it do start with the person in the mirror,” said Jackson.

Here’s the interview with Ice Cube about Kamala Harris: