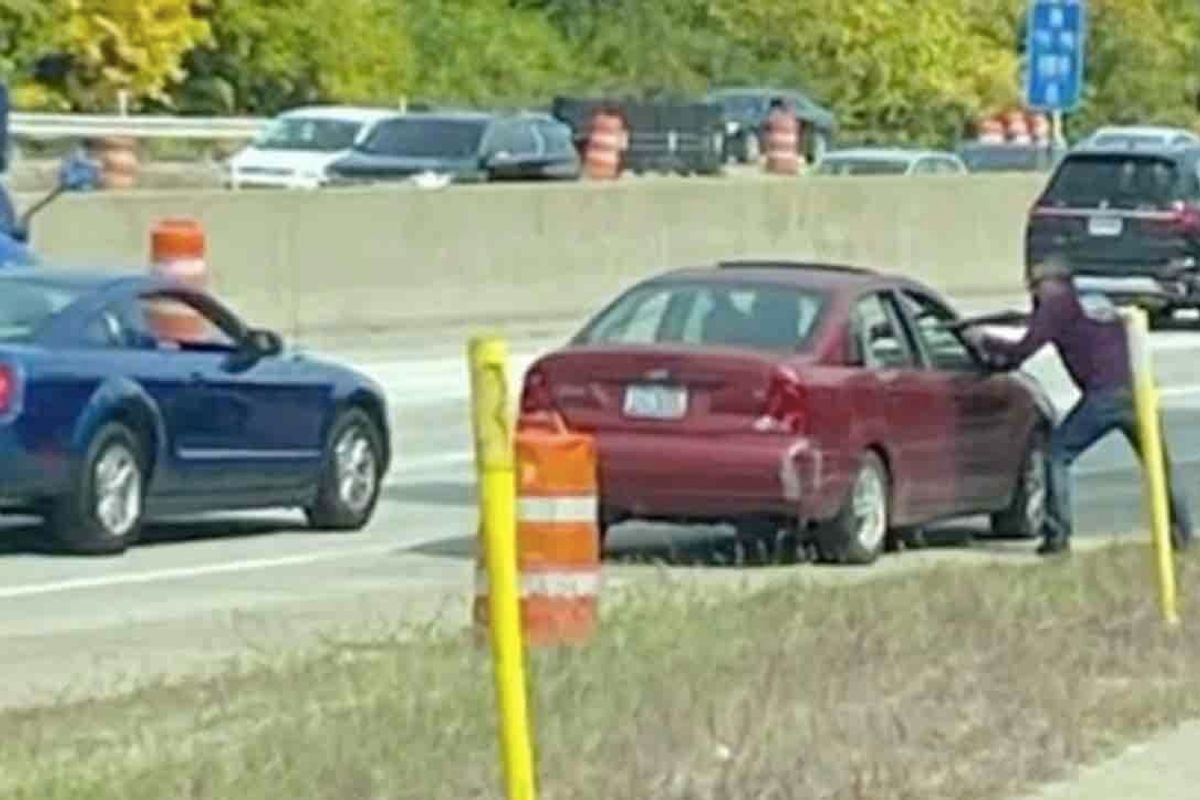 Joshua G. Taylor called 911 Friday afternoon after he was involved in a collision with another driver in what he called a road rage incident, the
River City News reported.

But while he was stopped on the side of Interstate 75 near Ft. Wright, Kentucky — and still on the phone with dispatchers — Taylor said he could see the other driver approaching with a rifle, the paper said.

The recording of the 911 call included a verbal confrontation between Taylor and John Patrick Abell before gunshots were heard, the News said, citing a release from Kenton County Commonwealth’s Attorney Rob Sanders’ office.

Taylor told dispatch he fired shots from his own gun and struck Abell, the paper said, after which Taylor began administering first aid.

Abell, 41, was taken to a hospital where he was pronounced dead from multiple gunshot wounds, the News noted, adding that police questioned Taylor, 43, and released him Friday evening.

Sanders told the paper no charges would be filed since the incident involved the use of justifiable force.

“Kentucky law states an individual is justified in the use of physical force upon another when the individual believes such force is necessary to protect against the use of unlawful force by another person,” Sanders said, according to the News. “The investigation by Ft. Wright and Kenton County Police Departments conclusively found the shooter was reasonably in fear for his own life and responded lawfully.”

Investigators found a Tikka 30-06 rifle on the ground near the spot where Abell fell, the paper said, adding that a Taurus 9 mm handgun was recovered from Taylor — who’s believed to have fired four times.

While Abell didn’t fire his rifle — it was unloaded with a trigger lock in place — Sanders told the News “there was no way for Mr. Taylor to know the rifle being stuck in his face was inoperable, so that does not make his reaction unreasonable or unlawful.”

Sanders added to the paper that “anyone who has a gun pointed at him should always assume the gun is loaded.”

Both Abell and Taylor were lawfully in possession of their guns, the News said, adding that Kentucky no longer requires a permit to carry concealed weapons and doesn’t require gun registration.

The paper said that while Abell’s autopsy and toxicology reports are still pending, investigators found multiple empty liquor containers in Abell’s SUV, and witnesses suspected Abell was impaired due to his driving before the collision.

“Mr. Taylor was coming home from his place of employment in Boone County,” Sanders told the News, “and Mr. Abell is believed to have been headed home from a day of fishing.”

As the two vehicles approached an on-ramp, contact between the two caused Abell’s SUV to spin out, coming to rest in the gore between the interstate and the on-ramp, the News reported. Then Taylor pulled over and called 911.

Sanders added to the paper that it’s unknown why Abell was driving aggressively.

More from the News:

Investigators from Ft. Wright and Kenton County Police interviewed over a dozen witnesses to the crash and shooting. All of the statements were essentially consistent and supported Taylor’s account of events. Multiple witnesses also supplied police with photos taken on cell phones. Abell can be seen in photos with his rifle in hand, threatening a bystander before pointing the gun at Taylor while he is still seated in his vehicle.

The following report from WKRC-TV aired before Sanders’ determination of justifiable force: