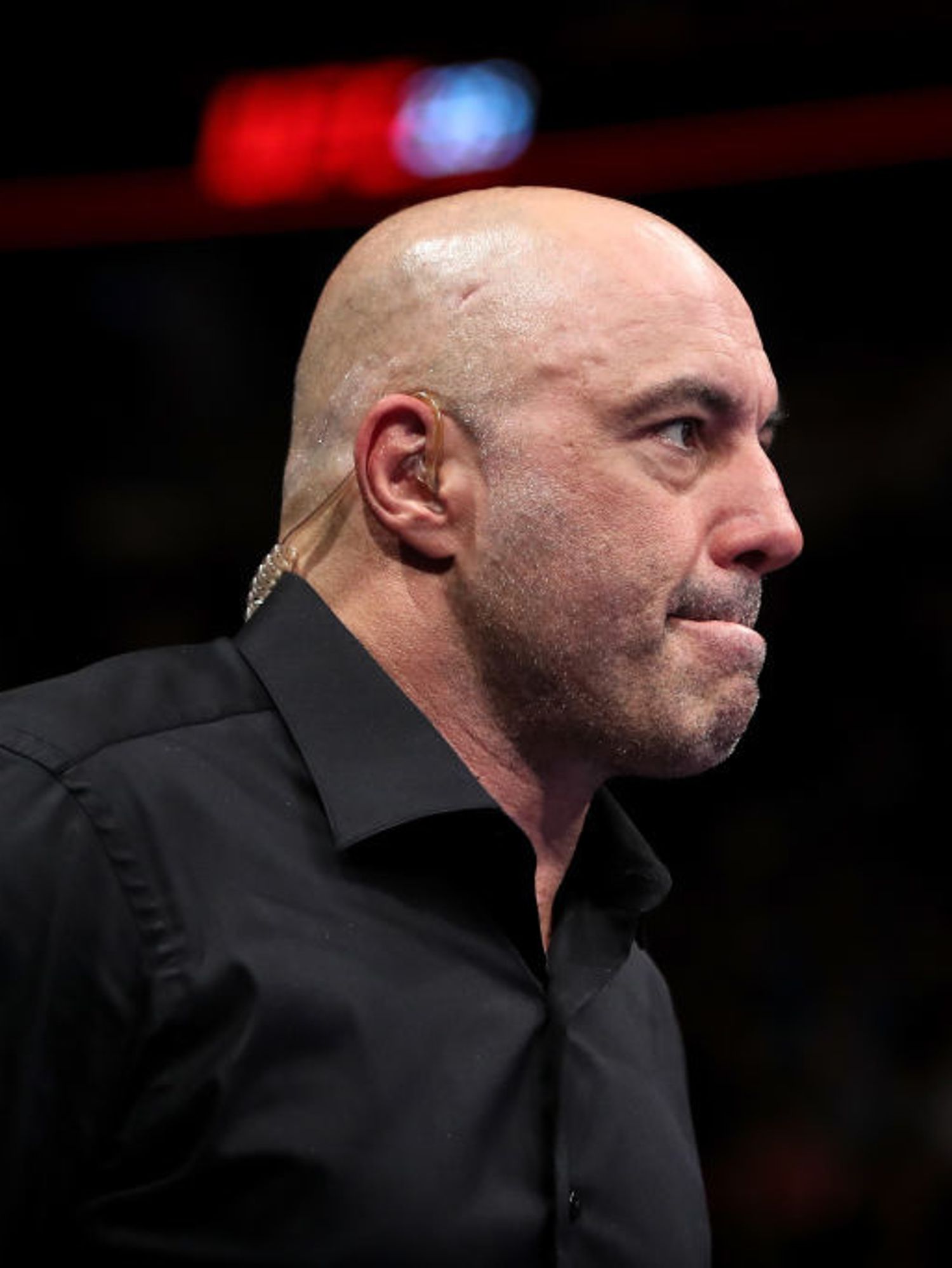 A new report stated that Spotify employees are extremely bothered that the music streaming platform has not censored “The Joe Rogan Experience” podcast. According to Digital Music News, a self-described source for music industry news and analysis, Spotify employees are so angered about Rogan’s free speech that they have threatened a “full-blown strike” if the company doesn’t suppress certain “JRE” episodes and topics.

On May 19, Spotify announced that it had reached an agreement with Rogan for a “multi-year exclusive licensing deal” that is reportedly worth more than $100 million, according to The Wall Street Journal. In the deal, Spotify gets the “JRE” full library, which adds up to nearly 1,500 episodes.

“It will remain free, and it will be the exact same show,” Rogan said in an announcement on Instagram. “It’s just a licensing deal, so Spotify won’t have any creative control over the show.”

“They want me to just continue doing it the way I’m doing it right now,” he continued. “I’m excited to have the support of the largest audio platform in the world and I hope you folks are there when we make the switch!”

Rogan built a massive audience on YouTube, where he has nearly 10 million subscribers and over 2.6 billion views since launching his podcast in 2009. Episodes of the video podcast are currently available on YouTube, but will be removed and exclusively on Spotify by the end of the year.

Rogan’s first episode on Spotify aired on Sept. 1. Immediately, fans of the massively popular podcast noticed that several potentially controversial episodes were missing from the Spotify library, including interviews with firebrands such as Alex Jones, Gavin McInnes, Milo Yiannopoulos, Charles C. Johnson, Owen Benjamin, and Carl Benjamin, according to Variety.

On Sept. 16, Spotify held an all-hands company meeting, where Spotify CEO Daniel Ek addressed concerns about alleged “transphobic content” that was on several “The Joe Rogan Experience” podcasts, according to Motherboard.

“Some staff inside the company feel alienated by Spotify’s hosting of certain ‘The Joe Rogan Experience’ (JRE) episodes, according to copies of some of the questions presented to the meeting obtained by Motherboard,” the report stated.

“In the case of Joe Rogan, a total of 10 meetings have been held with various groups and individuals to hear their respective concerns,” Ek said, three sources reportedly told Motherboard. “And some of them want Rogan removed because of things he’s said in the past.”

“Others have concerns specifically over a recent episode,” Ek reportedly said. “And Joe Rogan and the episode in question have been reviewed extensively. The fact that we aren’t changing our position doesn’t mean we aren’t listening. It just means we made a different judgment call.”

Digital Music News reported this week that Spotify employees are now threatening to strike if Rogan is not censored.

“A contingent of activist Spotify staffers are now considering a walkout or full-blown strike if their demands for direct editorial oversight of ‘The Joe Rogan Experience’ podcast aren’t met,” the report stated.

The employees are allegedly “demanding direct editorial oversight” over the comedian’s podcast.

That would include the ability to directly edit or remove sections of upcoming interviews, or block the uploading of episodes deemed problematic. The employees also demanded the ability to add trigger warnings, corrections, and references to fact-checked articles on topics discussed by Rogan in the course of his multi-hour discussions.

The report added that there are “preliminary plans” for a work strike that “would principally involve New York-based Spotify employees, and would be accompanied by protests outside Spotify’s Manhattan headquarters.”

“Other aspects would involve media appearances and coordination with other activist organizations,” the report said.

The music outlet noted that the strike “could be risky for the staffers involved.”

“Spotify employees reportedly enjoy comfortable salaries in the $120-$130,000 annual range, with considerable perks and benefits,” the report said. “These are plum jobs in extremely uncertain economic times, making a strike a risky move.”

According to PayScale, Spotify pays its employees an average of $110,432 a year. Glassdoor lists many salaries at Spotify well over $100,000.

BlazeTV’s Dave Rubin, the host of the “The Rubin Report” podcast, commented on the Rogan situation.

“The idea that any of these companies – these platforms, YouTube, Facebook, Spotify, whatever it is – are out there to defend free speech, no, that’s just a crazy fantasy,” Rubin told Billboard. “That’s obviously his choice and it sounds like it was a pretty great financial situation.”

“As far as the [music] platforms getting more into the talk space and the podcast world, I don’t think any of these platforms should be trusted,” Rubin said.

Last week, Rogan issued a rare public apology after being criticized for claims he made on a recent “JRE” podcast. He walked back claims that he made on his podcast that left-wing anarchists set fires in Oregon.

“I f***ed up on the podcast with Douglas Murray and said that people got arrested lighting fires in Portland,” Rogan wrote on Twitter. “That turns out to not be true. I was very irresponsible not looking into it before I repeated it. I read one story about a guy getting arrested for lighting fires. Turned out to be true, but the other s*** I read about people getting arrested for lighting fires in Portland was not true. I repeated it without looking into it and it was a really f***ing stupid mistake that won’t happen again. I’m sorry.”

Rogan, the UFC commentator and podcaster, offered to host a presidential debate between President Donald Trump and Democratic nominee Joe Biden. Trump immediately accepted the invitation, Biden has yet to respond. 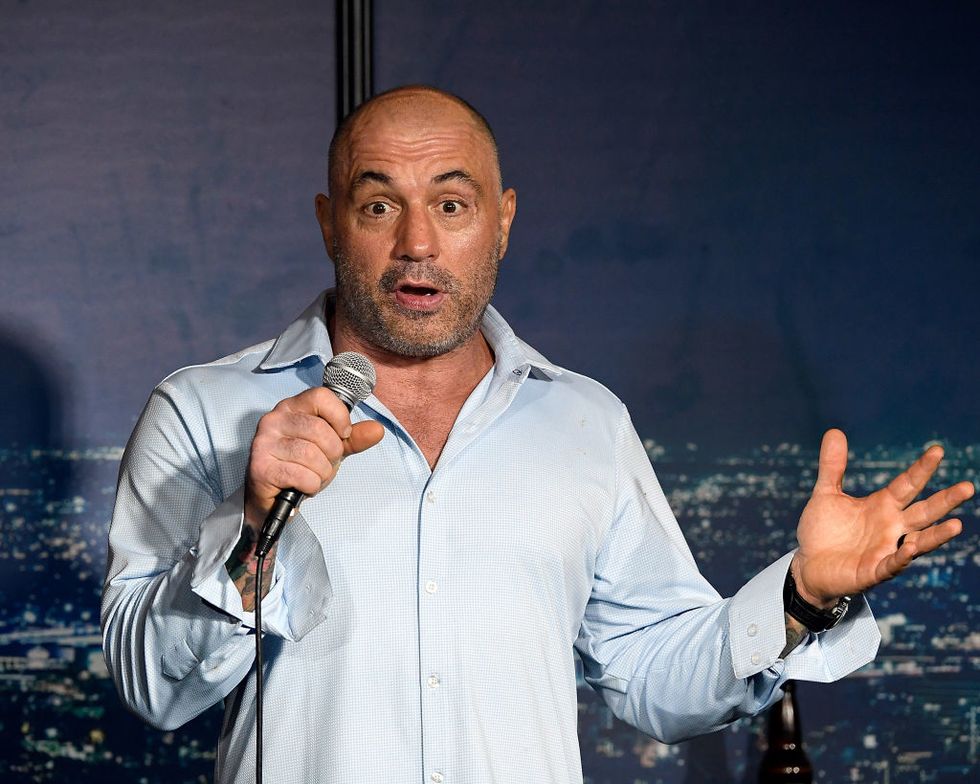 Joe Rogan made comments this week about wearing face masks and questioned why the media has largely ignored Joe Biden’s “cognitive decline.”

Rogan joined the highly contentious face mask debate, and provided his opinion on the controversial subject. During a recent interview with comedian Bill Burr on “The Joe Rogan Experience,” the massively popular podcast host broached the argumentative topic of wearing face masks.

Rogan asked Burr if he wanted people to “walk down the street with a mask on.” Burr responded, “Let’s not start this Joe. I don’t want to start this bulls**t. I’m not going to sit here with no medical degree listening to you with no medical degree, with an American flag behind you smoking a cigar acting like we know what’s up better than the CDC.”

Burr said he watches the news every two weeks to see what the latest recommendations from health experts as to wear or not wear face masks to help prevent the spread of COVID-19.

“Even they say you shouldn’t wear a mask unless you’re treating a coronavirus patient,” Rogan noted. “The World Health Organization literally say that.”

The WHO states that “non-medical, fabric masks are being used by many people in public areas, but there has been limited evidence on their effectiveness and WHO does not recommend their widespread use among the public for control of COVID-19.”

“I just love how wearing a mask became like this soft thing that you’re doing — like being courteous,” Burr said.

Rogan commented on wearing a face masks, “It’s for b*tches.” Burr then asked, “Why is it for b*tches?” Rogan replied, “It just is.”

Burr retorted, “Why does it always become like that? It’s always like the man vs. the b*tch.”

The UFC color commentator replied, “Because that’s what men do, we make fun of things. Anything. Anything that seems like you’re not taking chances. And that’s what the mask is.”

Rogan pointed out that not enough people are talking about taking “care of your immune system.”

Rogan has been tested for coronavirus twice, and has tested all of his podcast guests since the COVID-19 outbreak.

The conversation about face masks begins at the 5-minute mark.

Rogan also took the mainstream media to task for their apparent failure to cover former Vice President Joe Biden’s “cognitive decline.” Rogan made his remarks about Biden’s gaffes and mental lapses during an interview with evolutionary biologist Bret Weinstein.

“Sometimes people get really tongue-tied, and panic under pressure and words come out all f***ed up,” Rogan said. “That is possible. But there’s a trend.”

Weinstein, who is often named as one of the members of the “Intellectual Dark Web,” replied, “I agree with you. I see a decline.”

“But irrespective of what that is, Joe Biden is an influence peddler,” Weinstein continued. “He’s not an idea guy, right? He’s the same idea as Hillary Clinton in a different morphology.”

“It shows you how crazy the system is that they wanted him,” Rogan said on his podcast. “That they wanted Biden to be their guy, that they don’t, they can’t admit that he’s in cognitive decline. I mean, it’s very strange.”

On Saturday, “Joe Rogan” was a trending topic on Twitter for his face mask comment, remarks about Biden, and because an old video of Rogan was resurfaced. In the video from 2011, fellow comedian Joey Diaz talks about exchanging stand-up stage appearances for sexual favors on Rogan’s podcast.

Many users were contacting Spotify to try to have Rogan canceled. In May, Rogan signed a contract with Spotify worth an estimated $100 million.

Many people on Twitter, including Steven Crowder, were doubtful that Rogan would be canceled for the latest “controversy.”