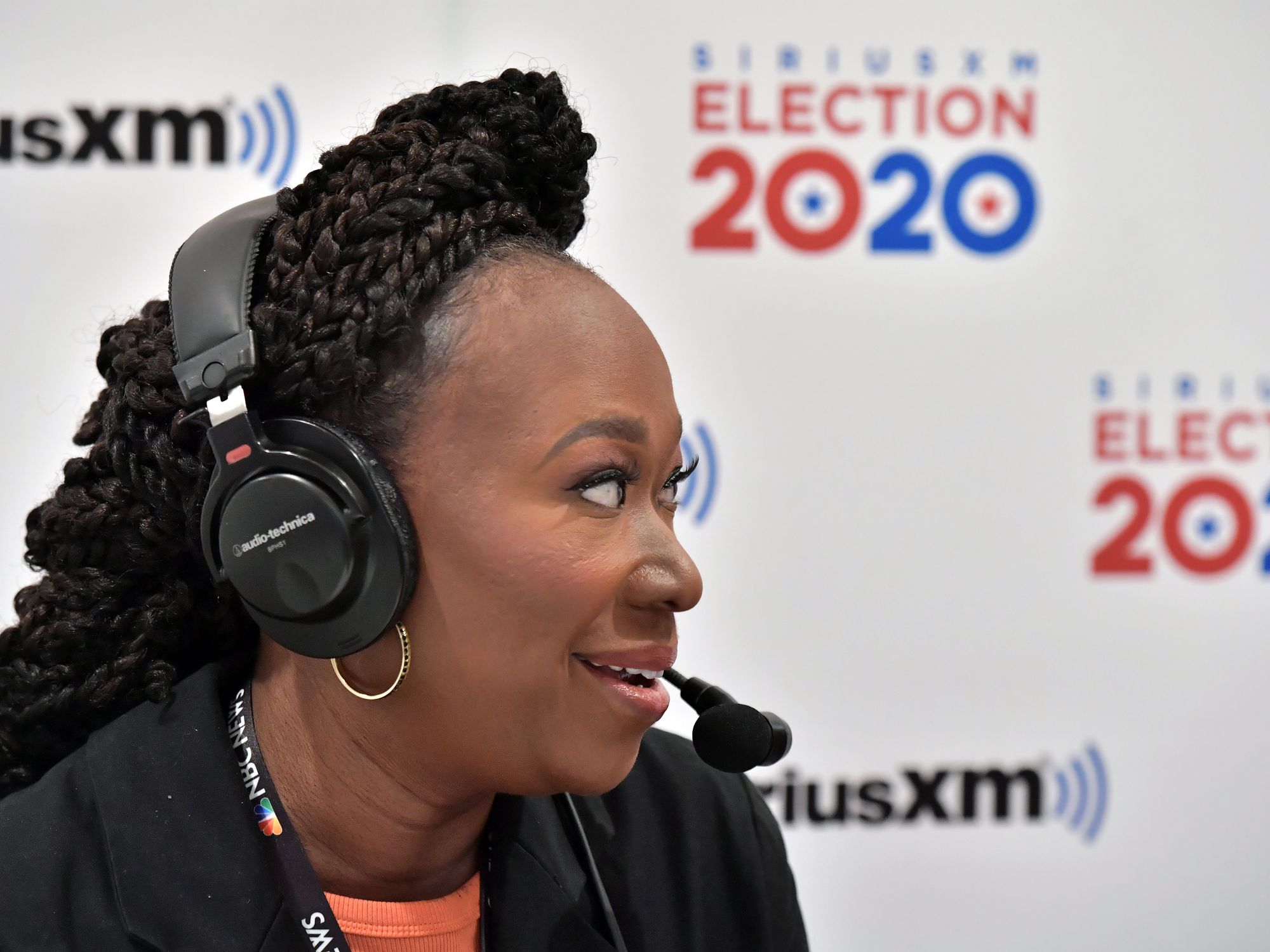 On “The ReidOut” on Tuesday, MSNBC’s Joy Reid compared President Donald Trump and his supporters to violent Muslim terrorists.

Needless to say, the blowback was swift and thorough, and the clip is going viral on social media.

In head-scratching remarks during Tuesday’s broadcast, Reid hosted Kenosha, Wisconsin, residents, and discussed the president, his supporters, and recent outbreaks of violence across the U.S.

“When leaders, let’s say in the Muslim world, talk a lot of violent talk, and encourage their supporters to be willing to commit violence — including on their own bodies — in order to win against whoever they decide is the enemy, we in the U.S. media describe that as ‘They are radicalizing those people.’ Particularly when they’re radicalizing young people. That’s how we talk about the way Muslims act,” she reasoned during the show.

What has been the response?

Joy Reid just basically said Trump supporters are so violent they are like Muslims. Wow.

“Wondering how fast an apology from Joy Reid is coming down,” politics podcaster Stephen Miller wrote.

Wondering how fast an apology from Joy Reid is coming down.

It wasn’t just conservatives taking Reid to task over the remarks.

Progressive Indian actress and model Sana Saeed added, “This is appalling. @JoyAnnReid first just throws out ‘Muslim leaders’ encouraging ‘their followers’ to ‘use their bodies to inflict violence’ (which leaders?). Then compares ‘how Muslims act’ to American white nationalist radicalization.”

This is not good @JoyAnnReid. https://t.co/DqJSR30vmb

Abed Ayoub, legal and policy director at the American-Arab Anti-Discrimination Committee, added, “Wow. They really don’t get it. They are trying their hardest to turn our community away.”

@lsarsour @JoyAnnReid Wow. They really don’t get it. They are trying their hardest to turn our community away.

Famed socialist magazine journalist Luke Savage added, “These remarks are pretty appalling. Joy Reid’s subtext is more or less that Trump is ‘radicalizing’ his supporters, just like barbarians abroad do — ‘the way Muslims act’ is racism plain and simple.”

These remarks are pretty appalling. Joy Reid’s subtext is more or less that Trump is “radicalizing” his supporters,… https://t.co/9zhWVnRhde

Ayesha Siddiqi, journalist and writer, said, “Joy Ann Reid went on msnbc to say Trump supporters are ‘acting like muslims’ bro I am just sitting here. I pray and then I sit at my computer and then I water my plants. what are you talking about.”

Joy Ann Reid went on msnbc to say Trump supporters are “acting like muslims” bro I am just sitting here. I pray and… https://t.co/58uXM8SIpO

Neither Reid nor MSNBC has responded to the outcry at the time of this writing. 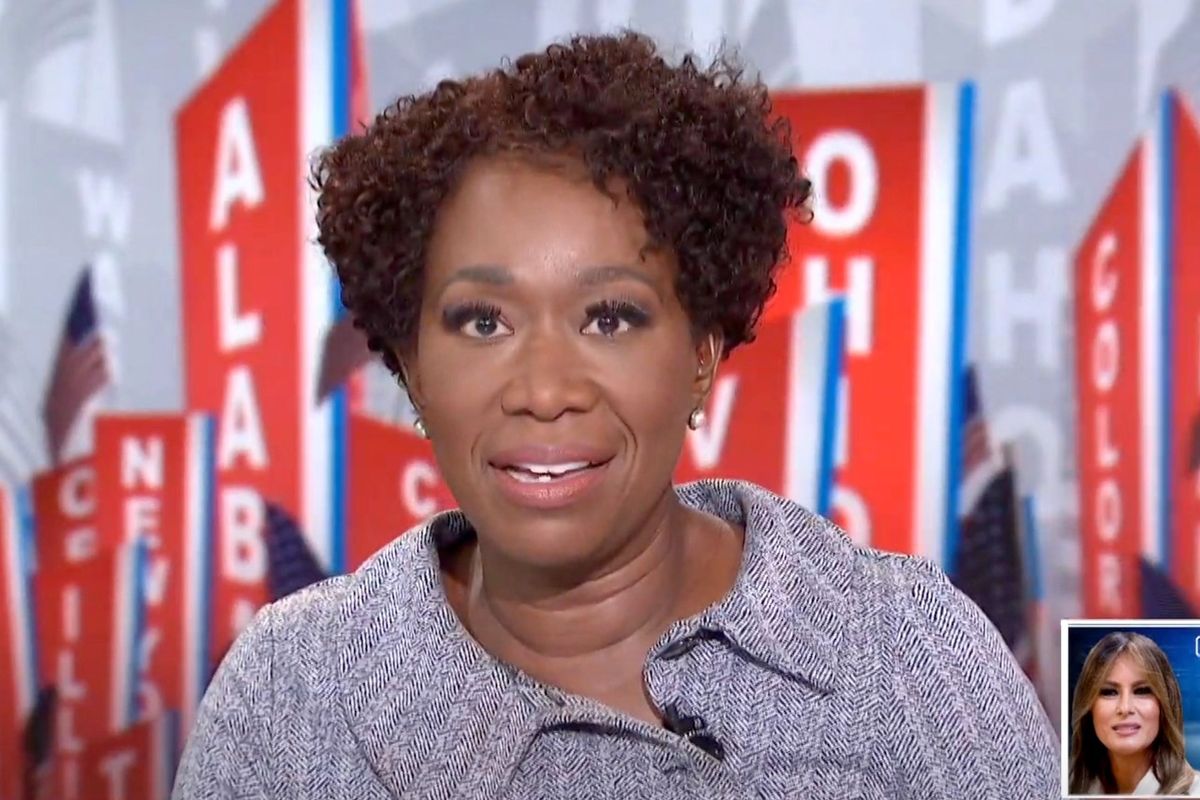 Critics of President Donald Trump pounced on the inclusion of a ceremony for citizenship naturalization on the second night of the Republican National Convention.

“Well, ‘galling’ is the word that I’m seeing being used, Joy, by immigration activists and lawyers online, that the administration, the Trump administration with some of the most restrictive harsh and cruel, in the words of a former administration official, a former ICE official to me, would use a naturalization ceremony for political purposes in this context,” Soboroff responded.

“And it goes beyond that, that was a very special moment for those five people in the White House this evening or earlier today, but everyone should know, or people should know, that there are literally tens of thousands, if not hundreds of thousands, of people who are eligible and awaiting their own naturalization ceremonies,” he added.

Here’s the video from MSNBC:

Reid later said that she was most offended by the naturalization ceremony because President Trump made it about himself, specifically for politics.

“It’s monarchical! It’s the use of the monarchy!” said Reid.

“My mother was a naturalized citizen. Donald Trump using the ceremony that meant so much to her (in large part because she was excited to be able to vote) IN the White House, is really hard to watch,” she tweeted.

My mother was a naturalized citizen. Donald Trump using the ceremony that meant so much to her (in large part becau… https://t.co/gDXiEfd8iD

“It’s an abomination,” she added, “in that this ceremony is NOT about worshiping a president.”

Other critics took to social media to excoriate the president for holding the ceremony at the White House during the GOP convention.

“I like to think that I cannot be surprised by the depravity of these people, but that ceremony got me. It was honestly one of the lowest thing I’ve even seen in American politics,” said Elie Mystal, a correspondent for The Nation.

“[A] lot of white conservatives right now feeling pretty good about themselves for using people as props in a disingenuous naturalization ceremony, good for you guys,” said Washington Post video editor Dave Jorgensen.

“That naturalization ceremony might be the most cynical stunt I’ve ever seen from an American politician,” said Washington Post contributor Radley Balko.

“To see it co-opted in the service of a cheap political propaganda stunt makes me sick,” said screenwriter Gary Whitta.

“Creepy beyond belief. The sight of Child-Separator-and-Trump-Boot-Licker-in-Chief, @DHS_Wolf alongside the white supremacist who is the current occupant of the White House at this political naturalization ceremony is a scene so perverse it actually hurts,” said Rep. Veronica Escobar (D-Texas).

Here’s the video of the naturalization ceremony: