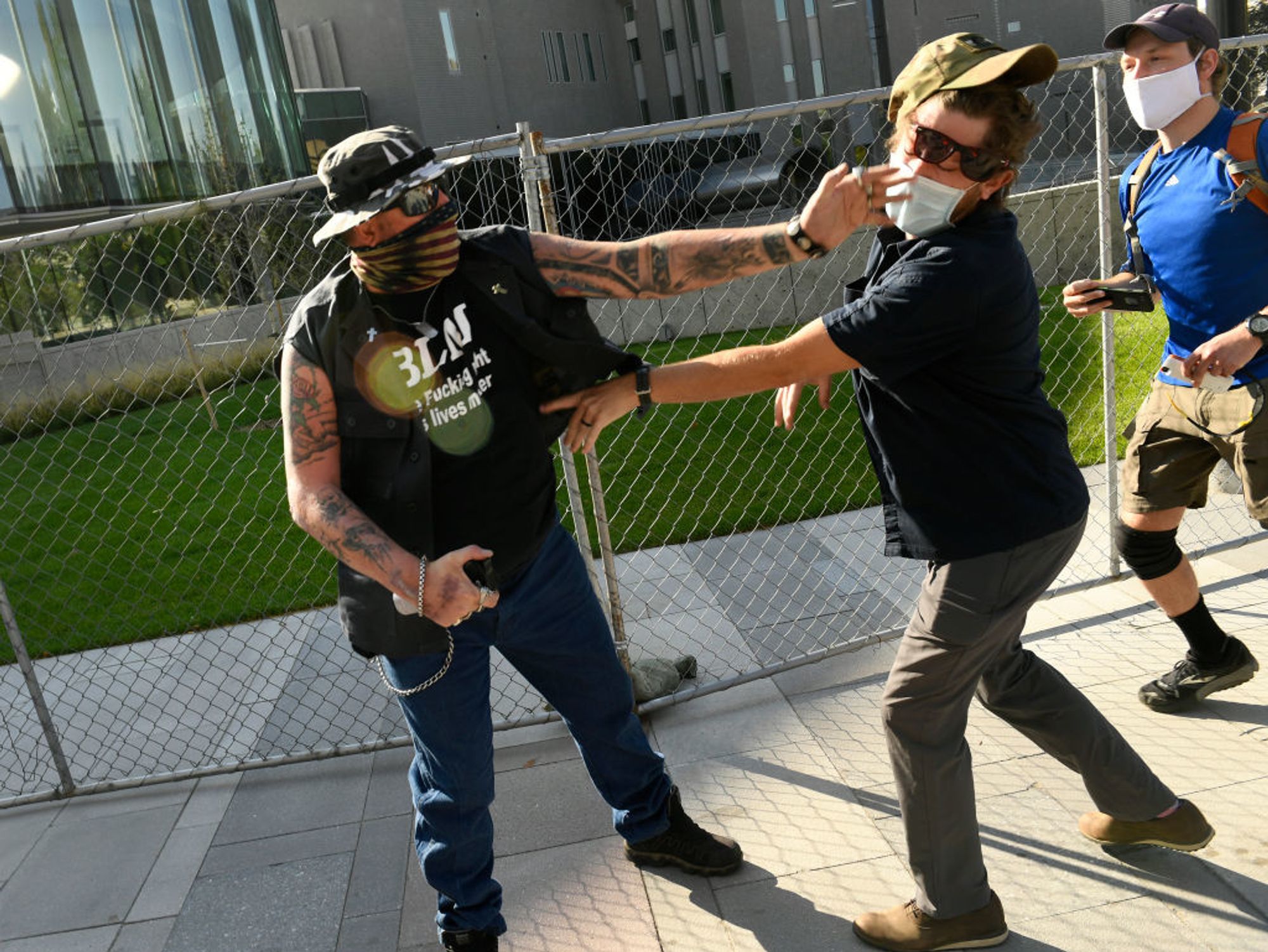 There was a man shot and killed amidst protests by two rival groups in Denver on Saturday.

Denver Police released a statement about Dolloff on Saturday night, “Further investigation has determined the suspect is a private security guard with no affiliation with Antifa. Additional information will be released as it becomes available.”

The decision on any charges against Dolloff will be up to the Denver District Attorney’s Office, police said. A spokesperson for District Attorney Beth McCann said Sunday that the arrest affidavit in the case remained sealed.

The Denver Post is reporting that the Denver Department of Excise and Licenses have no record of Dolloff having a license to work as a private security guard in the city, according to spokesperson Eric Escudero.

There was a “Patriot Muster” rally organized by John “Tig” Tiegen held at Denver’s Civic Center Park. Upon learning about the “Patriot Muster, the Denver Communists organization set up a counter-protest called the “BLM-Antifa Soup Drive.”

Lee Keltner, a 49-year-old U.S. Navy veteran, was in the area of the protests.

There was an incident where Kelter got into a verbal altercation with a man wearing a “Black Guns Matter” shirt at around 3:30 p.m. local time. Keltner, who has a can of Mace in his hand, steps away from the argument and goes out of the view of the camera.

Then a gunshot rings out and you see Keltner fall to the ground.

Photos show that Keltner and Dolloff got into a physical altercation before the Mace was sprayed and prior to the gun being fired. 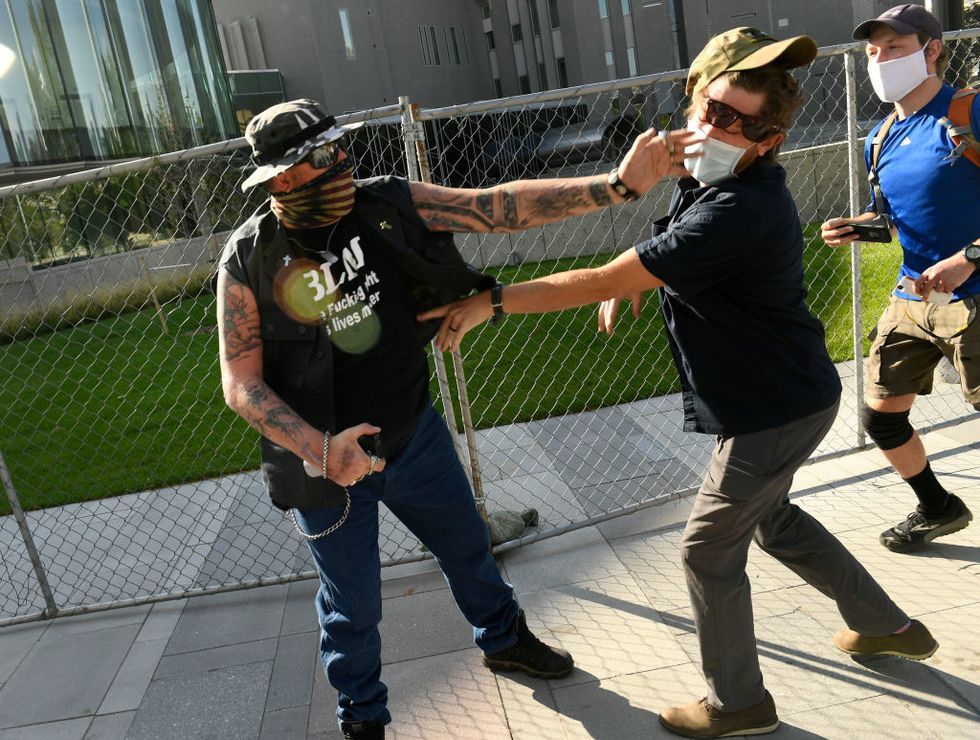 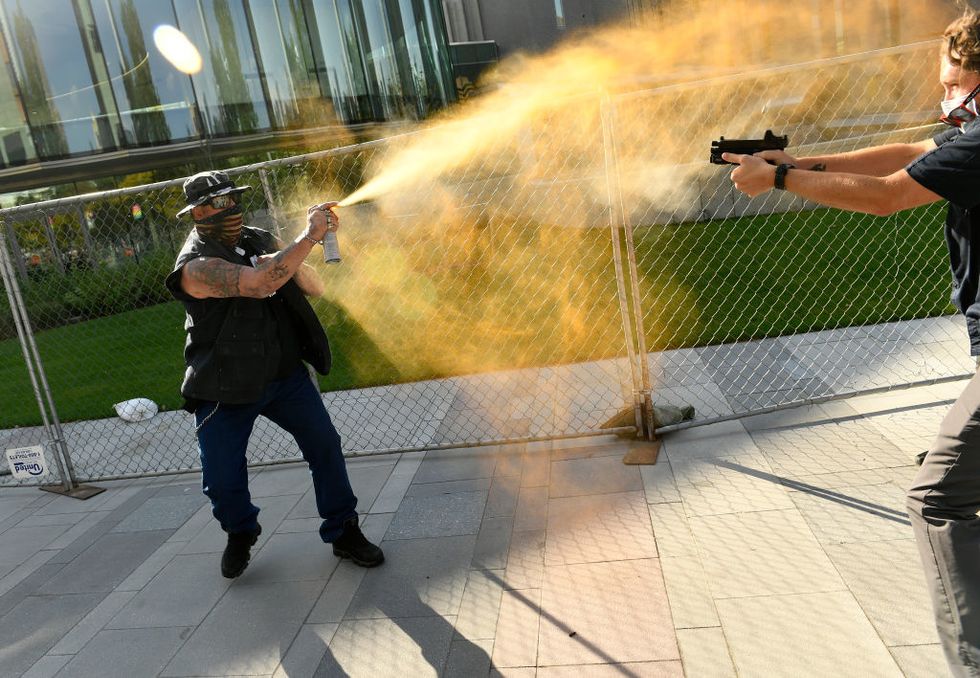 Police rushed to the crime scene with guns drawn and Dolloff surrendered.

Two guns and a can of Mace were found at the scene, according to Joe Montoya, the division chief of investigation at the Denver Police Department.

Keltner was taken to a hospital, where he was pronounced dead.

Lee Keltner operated a hat-making business in the Denver area.

A photo of Lee Keltner, the conservative Denver man who was shot in the face & killed by suspected @9NEWS unlicense… https://t.co/5K1LoFIETF

“My son Lee was at the patriot rally today in Denver,” Keltner’s mother, Carole, wrote on the Northeast Arkansas Tea Party Facebook group, according to Fox News. “He was murdered because he backed the police.”

Lee Keltner’s sister told The New York Post that his son is not handling the death well.

“He was there,” said Suzan Keltner. When she was asked if her nephew was doing okay, she said, “No, no he’s not.”

“He was my brother, my only sibling,” she said. “He also served our country.”

“There’s going to be a lawsuit,” Suzan Keltner added. “So, I don’t know how much we can let out.”

John “Tig” Tiegen, one of the organizers of the Patriot Rally event, offered his condolences to the family of the victim.

“I’m deeply saddened to learn of the tragic death of a fellow American patriot after a rally in Denver on Saturday,” Tiegen wrote. “Regardless of the circumstances, I want to send my deepest condolences to the family of the victim.”

“It’s tragic that Americans find themselves in danger just by coming together and showing support for their country,” he added. “The fact that simple things like wearing patriotic attire now makes you a target in an American city should be a concern for every freedom-loving person. If Americans reach the point that they’re afraid to publicly show support for their country, the radical Marxists have won.”